J.D.M. Stewart is a history teacher at Bishop Strachan School and the author of Being Prime Minister.

It’s been a long time since Canadians have experienced the death of a former prime minister. The Right Honourable John Turner, who passed away on Saturday, was the country’s first former PM to die in 20 years, since Pierre Trudeau drew his last breath in 2000. And before Mr. Trudeau, one had to go back another 21 years, to 1979, for the funeral of John Diefenbaker.

And while history books and pictures in schools across the country (hopefully) will always note that John Turner was a prime minister of Canada, the truth is that the summer of 1984 was the least significant aspect of his service to this great Dominion. I use the term “great Dominion” intentionally, as Mr. Turner had a profound respect for history, tradition, protocol and anachronisms.

Just one quick example, though, from his time as PM: He flew to Buckingham Palace for an audience with Her Majesty, Queen Elizabeth II, to ask her to postpone her upcoming royal visit because he wanted to call an election. That’s a classy move. As Mr. Turner told me later with his trademark glint in his eye, “I told her: ‘I want to call an election, and I can’t have you fooling around in the country.’”

One of the things Mr. Turner was most proud of in his political career was his tenure as justice minister from 1968 to 1972. This included the passage of the landmark Omnibus Bill (first tabled under Pierre Trudeau’s Justice Ministry) in 1969 that liberalized the criminal code in a number of areas, including abortion and homosexuality. These challenged cultural norms of the time.

A year later, the country was rocked by the October Crisis. Prime Minister Pierre Trudeau introduced the War Measures Act, but Mr. Turner was very cautious about its use and successfully got the PM to temper the lengths of its imposition. Mr. Trudeau, he said, showed “courage but was stubborn.” Years later, Mr. Turner was very proud of his role in softening the prime minister’s position.

Considering Mr. Turner’s legal reforms and his role in October, 1970, it could easily be argued that he was this country’s greatest minister of justice – an accolade he would have proudly accepted.

There are two more pillars to John Turner’s legacy. One is his love and respect for Canada’s institutions, particularly Parliament. It is not by accident that he was close to Mr. Diefenbaker, who once described them both as “Commons men to the core.” (Mr. Turner also saved Mr. Diefenbaker from drowning in Barbados.)

“The greatest privilege for a Canadian is to be elected by his or her fellow citizens to the House of Commons,” Mr. Turner said in his final speech in the House in 1989. “I always told my colleagues, especially the youngest ones: ‘Be careful, respect others.’ We must respect the other members of whatever party because everyone here, each and every one of us, represents Canadians as a result of an election in a highly free country.”

The other pillar in Mr. Turner’s legacy was his common decency, a theme that dominated Twitter posts over the weekend, as people recounted their interactions with him, whether it was saying hello on the subway, remembering a face and name from a long-ago meeting or his genuine interest in any one-on-one conversation. He was as authentic a man as you will find.

I had the fortune of lunching with the former prime minister a few times, the last one at Brownes Bistro in Toronto, his favoured location. He loved to tell stories about the old days and have the ear of a younger Canadian. Peppered with enough blue language to fit right into a hockey dressing room, Mr. Turner held court on numerous topics.

One story he was fond of telling was about the time Governor-General Roland Michener – a tennis player, like Mr. Turner – told him he needed the courts refurbished at Rideau Hall.

“What do you think of those tennis courts out there?” the G-G asked.

“Well, can you get them fixed up?”

Mr. Turner went to see the public-works minister, worried about how it might look to the public. “Are we really going to do this? I guess we have to.”

Mr. Michener later said he had hoped all of this was done publicly and up front.

“It’s right there in the estimates,” replied Mr. Turner, who had found a more low-key way to disclose the improved tennis courts. “G-G’s residence: grounds improvements – $60,000.”

John Turner told everyone he believed in public service. He was one of the country’s best. As he told former Globe and Mail feature writer John Allemang in 2009: “I didn’t go into this for the history, I went in to serve. And, frankly, let history take care of itself.” 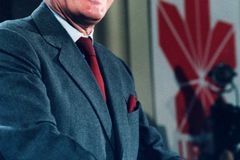 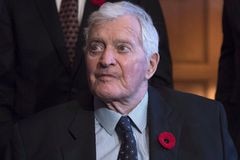