Four years after Donald Trump spoke of “American carnage” in his inaugural address, Joe Biden issued an urgent call for unity to a nation at war with itself.

Standing before a Capitol Building that two weeks earlier had been invaded by an angry mob of Trump supporters, facing a National Mall in which thousands of flags replaced the people banned from attending for fear of both violence and COVID-19, the 46th President proclaimed: “Democracy is precious, democracy is fragile. And at this hour, my friends, democracy has prevailed.”

The test for Mr. Biden, one of the greatest any president has faced, is to prove that statement true.

“What we do here is both commonplace and miraculous,” Ronald Reagan said at his first inauguration in 1981, words that Missouri Senator Roy Blunt repeated four years ago and on Wednesday.

And it did seem possible to hope, at Mr. Trump’s swearing-in on Jan. 20, 2017, that one president was simply replacing another, an orderly and centuries-old transition of power, watched over by four former presidents – Jimmy Carter, Bill Clinton, George W. Bush and Barack Obama – with the defeated candidate, Hillary Clinton, brave and grim at her husband’s side.

But that hope ended the moment Mr. Trump delivered his inaugural address. It was a fear-inducing tirade in which he derided the people seated behind him, who “reaped the rewards of government while the people have borne the cost,” in which he described a dystopian American landscape of poverty, failure, crime and addiction, and in which he pledged: “This American carnage stops right here and stops right now. … From this day forward, a new vision will govern our land. From this moment on, it’s going to be America First.”

“Well, that was some weird shit,” Mr. Bush said to Ms. Clinton when it was all over. From then until now, America has had few good days.

Mr. Trump wasn’t at Joe Biden’s inauguration, of course. Having rejected the voters’ verdict, having failed to reverse the result in the courts, having demanded that his vice-president try to overturn the Electoral College result in the Senate, and finally, having urged his followers to march on the Capitol, he fled Washington in the morning rather than witness the succession.

He left a country so badly damaged that tens of thousands of troops were needed to protect Mr. Biden from Mr. Trump’s most hate-filled supporters. Donald Trump was, by far, the worst president in the history of the republic.

But presidents Clinton, Bush and Obama, as well as now-former vice-president Mike Pence, were there again on Wednesday, asserting the continuity of American democracy and witnessing not only Mr. Biden’s swearing-in, but that of the first woman to serve as vice-president, Kamala Harris, a woman of colour.

In his address, Mr. Biden did not shy away from the dire state of the union. “I know the forces that divide us are deep and they are real,” he said. “But I also know they are not new. Our history has been a constant struggle between the American ideal that we all are created equal and the harsh, ugly reality that racism, nativism, fear, demonization have long torn us apart.”

He spoke of a country failing to confront the grim threats of the pandemic, climate change, racial injustice and domestic terror from white supremacists.

Worst of all, he acknowledged, America had become a place “in which facts themselves are manipulated and even manufactured.”

The answer to it all, he urged, was a renewed unity of purpose. “Politics doesn’t have to be a raging fire, destroying everything in its path,” he pleaded. “... We must end this uncivil war that pits red against blue, rural versus urban, conservative versus liberal. We can do this, if we open our souls, instead of hardening our hearts.”

It was a fine address. But when it ended, the country remained every bit as divided, its future every bit as uncertain.

Was Joe Biden’s inaugural address an act of national healing, an end to the American carnage of the past four years? Or was it a futile plea for a unity that neither side will permit? People of goodwill across the world can only watch and wish him well. 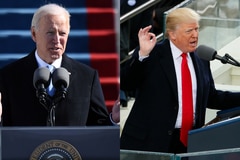 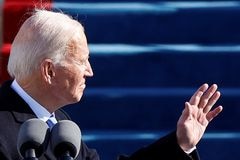 Joe Biden sworn in as U.S. President, calls for a return to civic decency
January 20, 2021 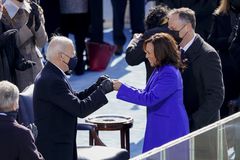 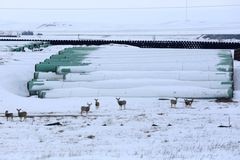 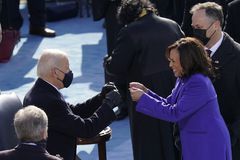