Last week, Quebec Premier François Legault called on members of his province’s vast star system of TV actors, hockey players, comedians and otherwise famous people to urge their fans on social media to get with the program and follow his diktats on social distancing.

Not surprisingly, the response was overwhelming. Quebeckers are naturally predisposed to rising to collective challenges, the result of their more than 400-year-old struggle for cultural survival on a continent where English is the most widely spoken language. But the incident revealed the extent to which Mr. Legault has taken command of his province as very few who came before him.

Since the coronavirus pandemic reached Quebec, Mr. Legault has seen his approval rating soar from an already lofty level to a nearly unheard of 85 per cent. According to a Léger Marketing poll published last week in Le Devoir, fully 93 per cent of Quebeckers older than 55 approve of the Premier’s handling of the coronavirus crisis. While the non-probabilistic survey did not carry a formal margin of error, its results removed any doubt about who’s in charge in Québec.

“It’s important to stay home and listen to Mr. Legault’s rules,” Alex Letang, the seven-year-old son of Pittsburgh Penguins defenceman Kristopher Letang, said in a video posted last week on Twitter by his father, one of the dozens of celebrities who heeded the Premier’s call.

“Let’s go gang, listen to our coach,” former Montreal Alouette Étienne Boulay tweeted, along with the slogan of a Quebec ad campaign urging people to “spread information, not the virus.”

In his daily briefings, Mr. Legault has managed to sound forceful, knowledgeable, empathetic and determined – all at the same time – while maintaining a folksy demeanour and down-to-earth sense of humour. When asked this week why he declared the province’s state-run liquor stores an essential service, Mr. Legault replied that many people use alcohol to manage their stress. He urged people to take a walk, instead. “But sometimes a glass of wine may help.”

When he was asked about how parents with shared custody of their children could comply with guidelines on social distancing, Mr. Legault conceded that it would be best if kids did not move between households for now. “Ideally, the child should stay with one parent,” he offered, adding, with a grin, “the strictest one” to ensure youngsters follow the distancing guidelines.

He knows how hard getting loved ones to comply can be. When he had to tell his 91-year-old mother that she shouldn’t go out for the next few weeks, “she wasn’t happy,” he quipped.

Prime Minister Justin Trudeau, who has opened his daily coronavirus press conferences with a prepared statement, has preferred to stick to a tight script in taking reporters’ questions. Not Mr. Legault. His style is resolutely unmodern, and might even seem paternalistic to outsiders. Yet, it works. He seems to have the perfect temperament for a crisis such as this one.

Even former Parti Québécois premier Lucien Bouchard, who earned glowing reviews during the 1998 ice storm that paralyzed Quebec for days, has been impressed. Not typically generous with compliments, Mr. Bouchard was effusive in a Wednesday interview with La Presse.

“At the moment, Mr. Legault has, with reason, earned the confidence of Quebeckers. And it’s not because he’s delivering good news,” Mr. Bouchard said of the Air Transat co-founder whom he lured into politics under the PQ banner more than two decades ago. “But he respects Quebeckers, tells them the truth and communicates his confidence to us … He has entered into a dialogue and involves the population in managing the crisis.”

Mr. Bouchard knows all too well that popularity can be fleeting. Despite winning kudos during the ice storm, he came close to losing the provincial election held later that year. The PQ lost the popular vote to Jean Charest’s Liberals. The result was a personal setback for Mr. Bouchard, and essentially quashed his hopes for holding another sovereignty referendum.

Mr. Legault isn’t talking much about the CAQ’s broader agenda these days, however. For the foreseeable future, the Premier will be answering a far higher calling. 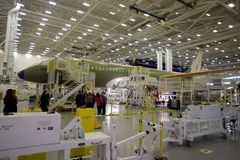 Ontario, Quebec differ on what is an essential service amid coronavirus pandemic
March 24, 2020 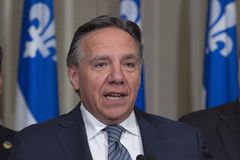 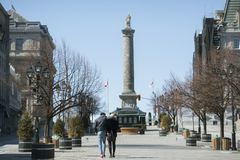