Anita Layton is the Canada 150 Research Chair in Mathematical Biology and Medicine and professor of applied mathematics and pharmacy at the University of Waterloo.

Imagine someone having a heart attack. Do you picture a man clutching his chest? Hollywood almost always portrays the “classic heart attack” by a man. In fact, even though heart disease is the leading killer of women worldwide, the misconception that heart disease is a men’s disease has persisted and it has had a negative impact on care for women.

Gender bias and misconception are by no means limited to heart-attack symptoms. That bias exists throughout the health-care system, from medical research to disease diagnostic and treatment approaches. If we are to address this grim reality with the urgency it requires, more attention must be paid by the broader public, who might not be aware of this dangerous gap in knowledge, and by scientists, who must include both sexes in biomedical research.

One notable example of gender bias in medicine is in the treatment of high-blood pressure, also known as hypertension. Hypertension affects one in five Canadian adults, based on a survey from Statistics Canada and is the leading cause of premature death in the developed world. Scientists have long shown that men generally have higher blood pressure and are at greater risk for heart and kidney diseases. Despite these well-known differences, men and women suffering from high-blood pressure are often prescribed the same medication. This one-size-fits-all approach is problematic: even though women with hypertension are more likely than men to be treated and take their medication, incredibly, only 45 per cent of treated women achieve blood-pressure control, compared to 51 per cent of treated men.

Historically, scientists conduct medical research studies primarily in male animals and men. In 1982, the Physician’s Health Study – a landmark study conducted by researchers at the Harvard Medical School – examined the effect of aspirin on heart disease and enrolled more than 22,000 participants. Strikingly, not a single one of them was female. In the 1970s, the Food and Drug Administration in the United States banned women of child-bearing age from being enrolled in phase one clinical trials. That ban remained for 20 years and was only lifted in 1993.

One reason for excluding females may be their menstrual cycles and fluctuating hormones, which scientists feared may limit the reliability and reproducibility of findings obtained in female subjects. Another deterrent may be cost: Repeating the experiments in both sexes would require twice the resources. For these reasons, experiments were often conducted in males, with the assumption that the findings would apply to females as well.

No doubt, the physiological differences between men and women aren’t enormous, but important, subtle differences exist. For example, men are on average larger than women. As a result, a recommended dosage calculated based on an average man’s size may cause an overdose in a smaller woman. Major sex differences also exist in the kidney, which may affect how some drugs are excreted from the body. Because of these sex differences, many diseases affect men and women differently and we respond to treatment differently as well.

Policy-makers have the ability to close the gender gap in medical research. Recent mandates from the Canadian Institutes of Health Research (CIHR) requiring the incorporation of Sex and Gender-Based Analysis in CIHR-funded research have raised the number of females included in experimental and clinical studies, although participation from women still lags that of men.

Increasingly, researchers are recognizing the importance of accounting for sex and gender as biological variables in biomedical research. But moving forward, researchers need to do more than simply asking the question of whether “sex differences” exist. Reporting a phenotypic sex difference is important, but it is arguably even more important to understand the mechanistic basis underlying these observations. In other words, research studies must be large enough to generate data to assess sex-specific outcomes and for scientists to understand the physiological mechanisms underlying those outcomes.

The differences aren’t so hard to bridge. And what could be more important than making sure our health care is as precise as possible? 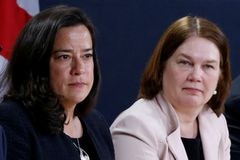 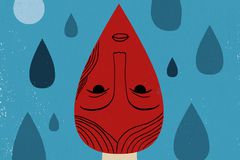 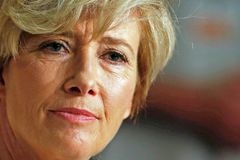