David Shribman, executive editor of the Pittsburgh Post-Gazette, won a Pulitzer Prize for his coverage of U.S. politics.

John F. Kennedy was said to have personified American vigour but in truth was frail. George H.W. Bush was said to have been a wimp – Newsweek actually used the word on its cover – but, with manic golf games, frantic jogs in the Maine woods and a leap from an airplane at age 85, was really the vicar of vigour. Ronald Reagan was said to have won the Cold War, but when he left office, Soviet troops were still in Afghanistan and Communists were still in the Kremlin. It was on Mr. Bush’s watch that the edifice of Communism (and the Berlin Wall itself) crumbled – and it was his admonition to U.S. officials not to gloat that assured the transition inside the Warsaw Pact was accomplished with dispatch and grace.

Mr. Bush, who died Friday night at 94, was perhaps the most misunderstood and underestimated president of modern times.

Denied a second term, largely forgotten as a transitional figure between Mr. Reagan and Bill Clinton, often overshadowed in memory by his own son (whose administration has yet to enjoy a spike of revisionism), Mr. Bush nonetheless was the classic American figure of the 20th century and had a cameo or starring role in the great dramas of the era, from the Second World War to the recurrent U.S. military involvement in Iraq; from the green shoots of modern Republican power in the onetime solidly Democratic South to the GOP triumphs of the Reagan years; from Watergate to the Washington battles over taxation that persist to this day.

In those years, he personified the American attributes of optimism (he was the one who, battling to an upset victory over Mr. Reagan in the 1980 Iowa caucuses, proclaimed that he was “up for the eighties”), service (he was elected to the House, the vice-presidency and the presidency, directed the CIA and helped open China to U.S. commercial interests and diplomacy) and sacrifice (he took over the Republican National Committee amid Watergate tensions, a job nobody wanted).

He could have led a life of ease – conversations on the back nine followed by cocktails in the clubhouse – but instead, became the central figure of an American political dynasty, one that spread from his father, a patrician senator from Connecticut, to his two sons, who account for four terms as governor and two as president – a family impact rivalled only by that of the Adams clan and arguably surpassing that of the Kennedys.

He was intelligent, but not intellectual; perhaps his greatest moment at Yale was meeting Babe Ruth. He was frequently inarticulate but never insensitive; he wrote thousands of personal notes – some of the most revealing ever written by a president – and when he returned to the executive mansion for the unveiling of his official portrait, he said the people he missed most were members of the White House staff.

He was portrayed by his rivals as callous, aloof and isolated, but in truth he may have been the most emotional president since Woodrow Wilson, tearing up as he spoke of his sons and daughters, one of whom, Pauline, died of leukemia at age 3.

Reared in elite circumstances – attending Greenwich Country Day School and Phillips Academy before Yale – his manner could seem more snooty than courtly. But he inspired great loyalty. Years later grown men would refer to the schoolboy Mr. Bush as the “greatest” person they had ever met, and as president signs of an innate informality emerged.

He once exclaimed to Dan Rostenkowski, then the powerful Democratic chairman of the House Committee on Ways and Means: “If you’re so goddamned smart, how come you’re not the president?” Later, when he retired from office, the playful domain name of his e-mail address was “flfw.com." It stood for “former leader of the free world.” If you wrote him a note, he answered.

The man who assembled an international coalition to free Kuwait, who was targeted for death by Saddam Hussein and who lost his bid for re-election as the economy soured in a bitter 1992 contest against Mr. Clinton became the nation’s kindly grandfather, a sort of Mister Rogers of the political world, and he and Mr. Clinton would form a bond that has only one antecedent in American history: the one between John Adams and the man who defeated him in the 1800 presidential election, Thomas Jefferson.

In retirement he would spend months at his Kennebunkport, Me., home on Walker Point, the sort of weathered grey seaside home that is the summer White House of popular imagination. Sometimes, he would tool over to Ogunquit, a few miles south, and tie his cigarette boat up at Barnacle Billy’s, where on picturesque Perkins Cove he would offer greetings and devour a single hot dog. The lobster roll was too expensive.

And he would write letters that would be cherished by those, including me, who received them. They would be casual and typewritten, even in the computer age, with words x’d out and others added with a caret by felt-tip pen, almost always with a “Forgive my spelling!” added in his own spare script at the end. In these notes he would be sentimental but fiercely protective of his political sons. They would invariably be signed, “All the best.” He meant it.

When Nicholas Murray Butler, the distinguished long-time president of Columbia University, died at age 85 in 1947, Herbert Hoover said, “It is a pity that men of his quality could not last longer.” Even Mr. Bush’s most ardent rivals are thinking that this morning. 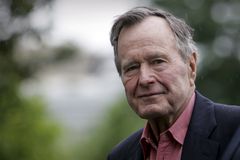 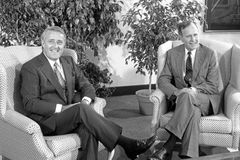 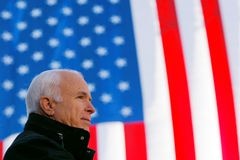