Lawrence MartinPublic affairs columnist
Washington
Special to The Globe and Mail
Published May 2, 2019 Updated May 3, 2019
For Subscribers

If it wasn’t evident before, this week’s developments have exposed Attorney-General William Barr as a Donald Trump toady extraordinaire.

Many suspected he was sugar-coating the Mueller report on Russian election interference with his four-page summary in March.

On Wednesday came confirmation – from none other than Robert Mueller himself – that the suspicions were well founded. Published was a letter to the A-G from Mr. Mueller, written right after the summary appeared, wherein the special counsel complained that it “did not fully capture the context, nature, and substance” of the report’s findings.

This was music to Democrats’ ears. They lit up in outrage, calling for Mr. Barr’s resignation.

Their problem, though, is that the Mueller missive comes more than a month too late. By getting out first with a Trump-friendly spin on the report, Mr. Barr shaped the public narrative to the President’s lasting advantage. The Barr exoneration had ample time to sink in. Although Democrats will try mightily to reverse perception, the Mueller complaint – that Mr. Barr should have cast the findings in a more negative light – isn’t enough to reignite the story.

His letter doesn’t change the central conclusion of the report – that there was no collusion between the Trump team and the Russians. On obstruction of justice, it’s clear Mr. Mueller is not at all happy with Mr. Barr’s quick decision to give the President a pass.

Pelosi accuses U.S. Attorney-General Barr of committing a crime as Democrats step up pressure on Trump

But the special counsel dropped the ball on this by not issuing a judgment, or by at least employing sharper wording in his report, thus leaving the ball in Mr. Barr’s court. As for his letter of dissent, he erred there too by not getting it publicized when he wrote it.

Noteworthy as well is that Mr. Barr testified on Wednesday that he offered Mr. Mueller an opportunity to review his summary before it was published. The special counsel, he stated, declined to do so.

Mr. Mueller may now be called to testify before the House of Representatives. He could well elaborate on why he found the Barr interpretation soft, and touch off another ruckus in so doing. But the public, it appears, has had enough of this story. It has had a more than two-year run. The Democrats should move on. Russiagate has run its course.

The Democrats did manage to help shred the credibility of the Attorney-General. The Mueller letter, in combination with their aggressive cross-examination of Mr. Barr at the judicial committee hearing, served that purpose.

In testimony in early April, Mr. Barr said that he did not know if Mr. Mueller agreed with his summary report. But he had been in receipt of the Mueller letter of complaint by that point. This prompted an outburst from Senator Mazie Hirono, a Democrat from Hawaii. “You knew you lied, and now we know,” she said. She joined with many other Democrats in demanding he resign. That is not going to happen. Republicans remain solidly behind their Trump protector.

For the most part, Mr. Barr remained calm and collected through the bombardment. But near the day’s end he dropped his guard, revealing he really was at odds with Mr. Mueller. The Mueller letter is “a bit snitty,” he said, “and I think it was written by one of his staff people.”

Mr. Barr’s objectivity had long been in question. In his confirmation hearings, he’d said he was opposed to the concept of an obstruction-of-justice probe against a sitting president. Prior to the release of the full Mueller report, he held a press conference in which he came across like a presidential spokesperson.

In the hearing, he ominously again let it be known that it is perhaps the Democrats who should be investigated because of alleged spying on Mr. Trump during the campaign, and because of their involvement with the discredited Steele dossier.

The dossier, based primarily on Russian sources, was compiled by former British agent Christopher Steele for the research firm Fusion GPS, which was being funded by the Clinton campaign and the Democratic National Committee.

Mr. Barr said his department was looking into the matter. This is not to be taken lightly. If the Democrats are insistent on keeping the Russia controversy alive, Mr. Barr could turn the tables on them with a finding suggesting they colluded with the Russians through Mr. Steele.

That might take some deceptive spinning to establish. But Mr. Barr has shown he is quite capable of that type of handiwork.

Pelosi accuses U.S. Attorney-General Barr of committing a crime as Democrats step up pressure on Trump
May 2, 2019 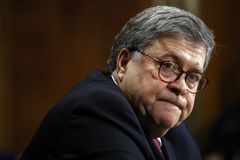 Barr’s Senate testimony fans the flames of criticism about handling of Mueller probe
May 2, 2019 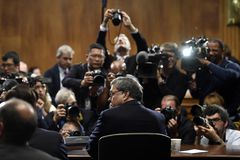 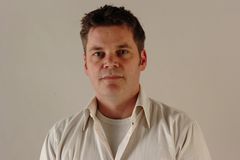