Who, exactly, is being immature about the reality of climate change? The Arctic is seemingly on fire, a quarter of the world is nearly out of water, and Europeans are developing a North American-style affection for air conditioning that will only make everything worse.

It’s clear why teenage climate activist Greta Thunberg is pushing for a drastic global effort to cut emissions and why other young people are responding to her call for public protests. Yet even as the summer grows more hellish with every heat wave, adults have been lining up to insult her.

Last week, in a New York Times op-ed oozing condescension, author Christopher Caldwell suggested that the young Swede’s urgency was at odds with democracy – as though the very concept of rule by demos, or the common people, doesn’t encompass direct action by groups whose concerns are ignored.

That’s not the most distasteful attack on Ms. Thunberg, who has Asperger syndrome. French parliamentarian Jordan Bardella has accused her of – roughly translated – leading a “dictatorship of permanent emotion,” while the German far-right politician Tatjana Festerling has called her “mentally retarded.” The 16-year-old might be a child, but she’s not the one acting childish.

In a new collection of her speeches, “No One is Too Small to Make a Difference”, Ms. Thunberg points out that minors must act extra-politically, because the official political process is closed to them. In other words, they can’t vote. Increasingly, those who believe in genuine democracy see this as a problem.

After all, the world’s population is aging rapidly, and so the older the age of enfranchisement, the less likely young people’s concerns will be heard. Young people are “massively outnumbered,” says David Runciman, the head of the politics department at Cambridge University, who has floated extending the vote to those as young as six. At Oxford University, researcher William MacAskill has suggested that votes from younger people should be weighted heavier than those of their elders.

Those are dramatic suggestions, but other approaches are simple and justified. Both Austria and Scotland have lowered their voting age to 16, likely reasoning that those old enough to drive, work and pay taxes are also old enough to have a political voice.

The younger you are, the longer you’ll have to live with the future currently being created.

Across the globe, the severity of climate change is a significant point of generational disagreement. In Canada, 55 per cent of those aged 18 to 34 say it poses a very serious threat to the planet, while only 39 per cent of those over 55 feel the same. But there are other reasons that young people are unhappy with the hand they’ve been dealt.

Housing affordability is a global issue and the top worry of Canadian millennials. Both rents and mortgages are astronomical in urban centres, and made worse by decades of stagnating wages and the disappearance of decent, stable jobs in favour of contract work and the exploitative gig economy.

Twenty per cent of Canadian millennials say they’re delaying having children because of money worries and young women calling themselves Birthstrikers say they won’t be having families at all because of their fears of a carbon-choked world.

Children and young adults deserve better than this. And if the so-called grownups on the planet won’t ensure a fair future, youth have a right to build it themselves.

Early voting tends to become a lifetime habit and, in both Austria and Scotland, 16- and 17-year-olds have been voting in greater numbers than 18- to 24-year-olds. Evidence shows that Scottish teens are now highly engaged on multiple fronts, including learning about current events and politics from a greater variety of sources than are their parents and grandparents.

That’s good news for the others considering enfranchising younger people, which in Canada includes our chief electoral officer, B.C. Premier John Horgan, and the federal NDP, whose platform promises to lower the voting age to 16.

It’s also a challenge to adults such as Mr. Caldwell in The New York Times, who try to argue that teenagers aren’t yet old enough to have “balance and perspective,” as though the passage of years, not information, is what provides that.

As Ms. Thunberg has said herself, adults aren’t just dismissing kids, but also facts presented by other adults – the thousands of global scientists who have been explaining the need for emissions reduction for decades.

Children are causing trouble because they’ve been left to tackle these problems themselves. They’re not waiting for permission to shape their own futures, and voting is a tool they deserve. 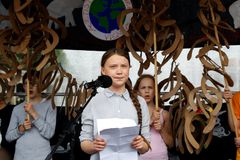 Opinion
Why our survival requires a political teardown
May 17, 2019 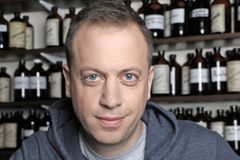 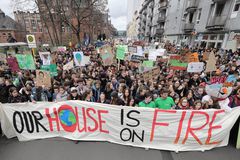