Bjorn Lomborg
Contributed to The Globe and Mail
Published August 23, 2019 Updated August 23, 2019
Comments
Please log in to listen to this story. Also available in French and Mandarin. Log In Create Free Account

Most people on the planet wake up each day thinking that things are getting worse. It is little wonder, given what they routinely read in the newspaper or see on television. But this gloomy mood is a problem, because it feeds into scare stories about how climate change will end in Armageddon.

The fact is that the world is mostly getting better. For starters, average global life expectancy has more than doubled since 1900 and is now above 70 years. Because the increase has been particularly marked among the poor, health inequality has declined massively. Moreover, the world is more literate, child labour is decreasing and we are living in one of the most peaceful times in history.

In addition, people are better off economically. Over the past 30 years, average global per-capita income has almost doubled, leading to massive reductions in poverty.

These changes have also improved the environment. Globally, the risk of death from air pollution – by far the biggest environmental killer – has declined substantially; in low-income countries, it has almost halved since 1990. Finally, rich countries are increasingly preserving forests and reforesting, thanks to higher agricultural yields and changing attitudes to the environment.

Of course, many people may hear all of this and still remain convinced that climate change will wipe out the planet. That is understandable, but it says more about the influence of single-minded environmental activists and desperate media than it does about reality.

We are told that climate change will cause extreme weather and climate chaos that will literally put human survival at risk. But this view is not only unfounded; it also contradicts the findings of the United Nations Intergovernmental Panel on Climate Change (IPCC).

For example, hurricanes are constantly linked to climate change. But only three major hurricanes (that is, Category 3 or greater) have hit the continental United States in the past 13 years – the lowest number since at least 1900. In its most recent assessment, the IPCC – using the term “cyclone” for hurricane – said that there have been “no significant observed trends in global tropical cyclone frequency over the past century.”

Scientists think that climate change will in time mean that hurricanes become less frequent but stronger. At the same time, prosperity is likely to increase dramatically over the coming decades, making us more resilient to such events. Once that is taken into account, the overall impact of hurricanes by 2100 will actually be lower than it is today.

Climate change is real, and it is a problem. According to the IPCC, the overall impact of climate change by the 2070s will be equivalent to a 0.2-per-cent to 2-per-cent loss in average income. That’s not the end of the world, but the same as a single economic recession, in a world that is much better off than today.

The risk is that outsized fear will take us down the wrong path in tackling climate change. Concerned activists want the world to abandon fossil fuels as quickly as possible. But it will mean slowing the growth that has lifted billions out of poverty and transformed the planet. That has a very real cost.

Rich, well-educated people in advanced economies often ignore or scoff at this cost. From the comfort of the World Economic Forum’s 2017 annual meeting in Davos, former U.S. vice-president Al Gore tut-tutted about plans to build coal-fired power plants in Bangladesh. But Bangladeshi Prime Minister Sheikh Hasina slapped that down, pointing out: “If you cannot develop the economic conditions of your people, then how will you save our people? We have to insure the food security; we have to give them job opportunity.”

Indeed, analysis for the Copenhagen Consensus Center shows that – even when accounting for global climate damage – developing coal power to drive economic growth in Bangladesh is an effective policy. The cost would be US$9.7-billion, including the global, long-term climate costs of US$570-million, but the benefits would be greater than US$250-billion – equivalent to more than an entire year of Bangladesh’s GDP.

We need to solve climate change, but we also need to make sure that the cure isn’t more painful than the disease. A commensurate response would be to invest much more in researching and developing cheaper carbon-free energy sources that can eventually outcompete fossil fuels. That would ensure a smooth transition that doesn’t slow economies down and hurt the worst-off in society.

Doom and gloom distort our worldview and can lead to bad policies. The future is bright, and we need smart decisions to keep it so. 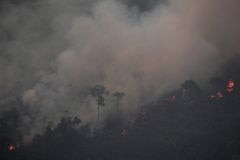 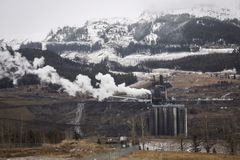