Murray Sinclair is a former senator. He served as chief commissioner of the Truth and Reconciliation Commission.

Prime Minister Justin Trudeau’s government has taken important steps to advance reconciliation. Examples include laws to revitalize Indigenous languages and restore jurisdictions over child and family services, and the introduction of Bill C-15 to implement the United Nations Declaration on the Rights of Indigenous Peoples. However, his government’s continuing actions in court are counterproductive. A change of course is overdue.

Specifically, I am concerned about continuing litigation involving survivors of St. Anne’s residential school. This situation has the potential for lasting negative consequences. Alternative approaches, such as mediation, could achieve a reasonable and timely resolution. I am also concerned that the government is, at its discretion, taking positions in court that favour the destruction of the documented truth of residential schools. If successful, these positions will weaken defences against historical denial of the policy’s atrocious purpose and effects.

Regarding St. Anne’s, that residential school in northeastern Ontario was the site of some of the worst abuses of Indigenous children within the entire system. Perpetrators at St. Anne’s subjected Cree students to serial sexual abuse, forced them to eat their own vomit and disciplined them with whips and an electric chair. In the 2006 Indian Residential Schools Settlement Agreement, the federal government agreed to make available all evidence in its possession relevant to survivors’ settlement claims, to allow fair adjudication.

The continuing issue is that the previous government failed to disclose large amounts of relevant evidence while those claims were under consideration, as confirmed by the Ontario Superior Court of Justice in 2014 and 2015. This included records in the government’s possession since about 2003, such as transcripts of criminal proceedings corroborating sexual abuse of students at St. Anne’s by specific individuals at specific times. Such evidence may have supported survivors in advancing their claims, leading to different outcomes. In any event, the evidence ought to have been provided while claims were under consideration, to ensure the integrity of the process, and to respect survivors’ agreed upon right to the truth.

The current government argues that survivors’ claims may only be re-assessed on a case-by-case basis, with the onus on survivors to assemble relevant evidence from the disclosure of more than 12,000 documents, made available after a decision on their claims. However, the government was supposed to assemble and disclose that evidence in a useful form under the Agreement, and the government did not meet its obligation in the case of St. Anne’s.

The disclosure error having occurred, all potentially affected St. Anne’s survivors ought to have subsequently received reasonable notice of the availability of fresh evidence, and the opportunity for a fair review. The government should agree to a resolution in acknowledgment of this defect.

Such leadership would uphold the Supreme Court’s 2019 decision of J.W. versus Canada, whereby the government’s Agreement obligations must be understood in light of the Agreement’s spirit – addressing the damage of residential schools. Part of that damage has been mistrust of the government by Indigenous Peoples, and fulfilling the Agreement should be a new foundation for trust. Of note, the government made encouraging comments on Nov. 18 of last year around St. Anne’s litigation, indicating: “Negotiation, not litigation, is the Government of Canada’s preferred approach to resolving claims of this nature.” What, then, is the government waiting for?

The government must keep its word to survivors. In the context of St. Anne’s, survivors would also like some acknowledgment from the government that the process has not served them well. Executive leadership can make an immediate and permanent difference here. 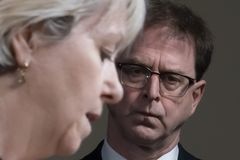 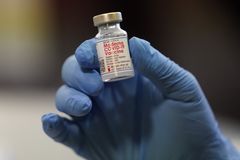 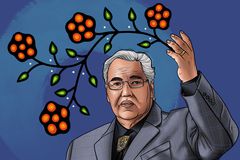