Kevin Quigley is the scholarly director of the MacEachen Institute for Public Policy and Governance at Dalhousie University in Halifax. He is the co-author of Too Critical to Fail: How Canada Manages Threats to Critical Infrastructure, currently shortlisted for the 2017/2018 Donner Prize.

The recent tragic deaths of 16 people in a Saskatchewan bus-truck collision and 10 pedestrians in north Toronto are a sad reminder that death can come unexpectedly and lead to profound grief for so many.

What is the value of life? Many say you can’t put a dollar value on it, yet we do it all the time. Insurance companies pay money to beneficiaries of life-insurance policies when people die.

The $15-million for the dead and injured that was raised online following the crash in Saskatchewan offers a new perspective on this challenge. Online fundraising can generate donations when the story is broadly amplified throughout a sympathetic audience.

The donations are impulsive, prompted by the emotional weight of the story and facilitated by technology that allows us to contribute immediately to a specific cause; the donations do not reflect a rational assessment of the needs of the individuals involved. That would take time to determine.

What’s more, we tolerate to a point premature death in our society; about 2,000 people die each year on Canadian roads; more than 350 of these deaths are people under the age of 24. Nobody likes it, and of course we regulate many of the associated risks, but we also accept a degree of risk exposure in the abstract in order to benefit from the use of cars.

The value of a statistical life (VSL) is an estimate of the financial value society places on reducing the average number of deaths by one. The U.S. government publishes the VSL it uses to conduct cost-benefit analyses on proposed regulations. The government wants to know whether the benefits of the regulation outweigh the costs before it approves it. The values are derived from a series of studies that consider people’s stated and revealed preferences concerning risks; the government usually uses a number between US$6.7-million and US$10-million per statistical life.

The practice can help to bring clarity and consistency to decision-making; it can also help us to prioritize our safety investments. We have limited resources but there are unlimited risks.

If the City of Toronto was thinking about putting bollards along every sidewalk in the city in order to stop vehicles from driving on the sidewalk, for instance, then the city could use the VSL to conduct a cost-benefit analysis to determine whether the benefits of the bollards outweigh the cost. In this case, it would be an expensive regulation, particularly given that the chances of this happening again are extremely low based on existing data and are largely uncertain.

There is also an opportunity cost. Would the money be better spent warning people about the dangers of cannabis? Or promoting healthy eating and exercise? Or perhaps investing in measures that prevent potentially dangerous people, for example, from getting behind the wheel in the first place.

One of the challenges we face when we try to manage risk is our inability to compare risks and talk about trade-offs. We are also not good at recognizing the value of the lives saved due to pro-active measures. In 2014, 50 years after the U.S. Surgeon General’s landmark Report on Smoking and Health, Yale researchers estimated that eight million deaths due to tobacco-related illnesses have been avoided since the study. These benefits are taken for granted; they largely go unnoticed.

To start, the range of numbers the government uses is typically quite wide, and they change over time. Different methodologies and assumptions generate different VSL estimates. The U.S.’s Office of Management and Budget suggests departments use a valuation of anywhere between US$1.2-million and US$12.2-million. In this sense, it does not lead to clarity but confusion, particularly for the non-expert.

Being too rational can also become immoral. Then-chief economist of the World Bank Larry Summers once said industries that pose a risk to human health should be sent to the least-developed countries because those lives were valued less than those in the United States.

The U.S. Environmental Protection Agency once tried to value seniors less than younger people; the rationale was that older people have fewer years to live and therefore have less to lose. It didn’t take long before the Association of American Retired Persons ran an ad campaign that suggested the EPA offered seniors at a discount, and the initiative was dropped.

Skeptics also argue that bureaucrats overestimate the VSL because it increases the chances of passing the regulations and securing the budget for the department.

Another challenge, however, is that the rational ordering of public bureaucracies is ill equipped to deal with important aspects of death. VSL is an analytical tool that may have merit in public bureaucracies struggling to be fair and transparent; VSL should never be confused with the value of life, and the emotional needs and grief of those who suffer loss. No public policy or institution can adequately address that.

Humboldt Broncos tribute concert raises more than $428,000 for families affected by crash
May 3, 2018 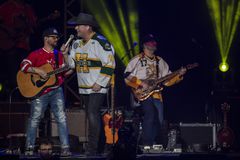 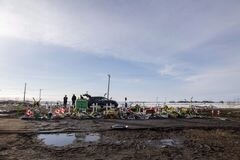 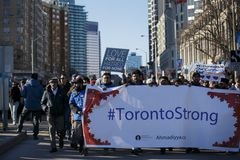