Of all the countries to be holding an election over the comparative merits of socialism and capitalism, the last you might have expected would be the United States.

Yet here we are.

“We’re going into the war with some socialists,” President Donald Trump told Republican members of Congress earlier this month. “Tonight,” he declared in his February State of the Union address, “we renew our resolve that America will never be a socialist country.” And on dozens of occasions in the past two months, top Republicans have delivered speeches denouncing “socialism.”

“Trump has systematically and relentlessly been branding his 2020 campaign and the Republican Party itself as soldiers in a fight against the global forces of socialism,” writes Washington journalist Patricia Murphy.

This would not be the first time a U.S. presidential candidate has invoked the spectre of a socialist threat to scare voters away from the other party. What is different this time is that popular elected politicians in the United States, such as the rhetorically gifted and media-savvy congresswoman Alexandria Ocasio-Cortez and several of her colleagues, not to mention Bernie Sanders – enthusiastically embrace the S-word.

They weren’t elected by accident: About half of Americans under 30 now tell pollsters they have a “positive view of socialism” over “capitalism” – a big shift from 2010, when seven in 10 favoured capitalism.

This is a startling change, whatever it means. Especially since it’s occurring after the left-of-centre parties of most Western countries have gone out of their way to abandon the S-word. Canada’s NDP dropped it from its party constitution earlier this decade, after struggling with its meaning and voter-deterring resonance for years.

Americans were supposed to be immune to socialism. It Didn’t Happen Here: Why Socialism Failed in the United States was the title of the study published two decades ago by the sociologist Seymour Martin Lipset (with co-author Gary Marx). It concluded that the U.S. presidential and party systems, along with the radical Protestant individualism of U.S. society, had prevented a major socialist party from forming. As a result, the United States remained the only country without a universal health-insurance system, child care or constitutional equality for women – the things other countries’ governments delivered out of fear of a socialist victory.

Before we scan the horizon for red flags over Peoria, we ought to see what Americans, and their increasingly popular democratic-socialist politicians, mean when they say “socialism.”

One thing is abundantly clear: Almost none of them are really talking about socialism, a system in which the state is the major owner of industry (or at minimum mandates companies to be collectively owned) and relies mainly on a non-market economy. You can find Americans who endorse this system on the internet and on campus, but they’re not the ones who are moving the polls.

A poll taken by Gallup late last year asked: “Do you think we have socialism in the United States today?” And, halfway into the Trump presidency, almost four in 10 Americans answered “Yes.” Republicans were slightly more prone to answer in the affirmative than Democrats. This is almost exactly the same response Gallup got when it asked the same question in 1949, when Cold Warrior president Harry Truman was in power.

This suggests that, for a lot of Americans, socialism has long been a blanket term for any presence of taxes, government regulation or the politics of equality – whether they endorse those things or oppose them.

Indeed, another survey found that 6 per cent of Americans believe socialism means “being social, including activity on social media.”

In fact, the one thing that America’s socialist politicians and most of their voters never seem to advocate is actual socialism. When asked last month how she defined socialism, Ms. Ocasio-Cortez answered: “We’re talking about single-payer health care that has already been successful in many different models, from Finland to Canada to the U.K.,” and then listed some other sensible social-security and labour-support programs that would be uncontroversial here. Mr. Sanders, despite an alarming penchant for protectionism, campaigns on a list of policies that would have made Lyndon B. Johnson or Franklin D. Roosevelt shrug.

What they are advocating is what the rest of the world knows as social democracy – the mutually supportive marriage of a robust market economy and an activist, redistributive state. It’s the system that governs Sweden, Finland, Spain, Portugal and arguably France and Canada.

It’s something the United States could definitely use more of. But by strapping those sensible ideas to a historically tarnished brand name that’s an easy target for the Republicans and holds little appeal outside safely Democratic urban constituencies, they may be doing their good ideas, and their party’s hopes of victory, a disservice. 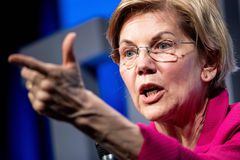 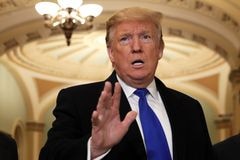