Michael Bryant is the executive director of the Canadian Civil Liberties Association and a former attorney-general of Ontario. The CCLA is a co-claimant in Kim Taylor’s legal challenge of Newfoundland and Labrador’s COVID-19 travel ban.

There is a monumental Canadian issue currently before our courts at the Supreme Court of Newfoundland and Labrador, situated a stone’s throw from the coastline of St. John’s Harbour on the very edge of Confederation. It’s an issue that’s always hiding in plain sight amid important national conversations about racism, reconciliation, and COVID-19. It’s about the space between that courthouse and the westernmost edge of Victoria and Haida Gwaii, running north to Iqaluit.

Regionalism has always been what Canada was about, according to many historians, for most of our history. The taking of First Nations, Metis and Inuit lands was overshadowed throughout most of our legal history when, as a bulwark against the balkanization of those regions, Indigenous lands were misappropriated into a union of the British North American colonies of New Brunswick, Nova Scotia, and the Province of Canada (what is now Ontario and Québec). Later, Confederation would encompass territories west and north, and – inspired by the spirit of a Mari usque ad Mare – its sea-to-sea ambitions were completed when Newfoundland and Labrador joined in 1949.

So it was that the Constitution Act, 1867, guaranteed mobility “as if provincial boundaries did not exist,” according to the Supreme Court of Canada’s interpretation. That’s because we were a single nation, a confederation, not a socioeconomic union of sovereigns or colonies, nor a transnational union of member states like the European Union. Canada was one state, with an international border, over which sovereignty was exercised.

But then, during the COVID-19 crisis, 153 years later, provinces and territories began to behave as if these subnational jurisdictions were sovereign themselves – effectively erasing Confederation not with a bang, but with the whimper of a seemingly sensible public health order containing a travel ban against non-residents of suddenly sovereign provinces. And as a result, you and I are not allowed to travel to various provinces, including the famously hospitable Rock, simply because we lack the requisite address or emergency-management credentials to make our mobility “essential.” Since the start of the pandemic, travel bans have launched border patrols in Quebec, the territories, and several Atlantic provinces.

To be sure, advising me against Toronto-to-St. John’s travel is one thing. But legally barring my entry is another. When powerful regional feelings are ignited by laws dividing us from “them,” Canada is balkanized for the worse. We’re no longer raising each other up. Our rights are no longer universal, but dependent on where we come from. That becomes even more troubling when one views those travel bans through the lens of reconciliation.

If nothing else, it’s certainly counter to the popular narrative. The popular musical Come From Away tells the story of how the town of Gander, Nfld., welcomed, with profound kindness, a group of people whose flights were rerouted there after the attacks of Sept. 11, 2001. That’s a true story; Operation Yellow Ribbon sent 38 planes’ worth of travellers for Gander to band around, despite the global anxiety and fear in the immediate aftermath of 9/11. But little of that munificence has been on display during this latest crisis. Interprovincial/territorial co-ordination is nowhere to be seen.

If “Stay Away” is to be the pandemic sequel to “Come From Away,” it will come at the cost of constitutional guarantees to mobility rights for all Canadians and permanent residents. That’s why we argue that politicians who are seeking to establish a fearful order out of chaos with travel bans are merely bootstrapping dubious public-order efforts onto public health pronouncements. It damages the rule of law, threatens our Constitution, and ignores the very purpose of our mobility rights – that is, to do more together than we can apart. This also foments fear of COVID-19, which can then devolve into fear of outsiders – who may reciprocate, deepening divisions.

But such leaders are getting their marching orders from their anxious electorates – which means you can make a huge difference. One person at a time, we can resist the forces of fear and anxiety through our own individual behaviour. This is not to say that one should be obnoxious about the health concerns of others; escalating the tension doesn’t help. But it wouldn’t hurt to safely engage in a little Canadian hospitality, and urge your local and provincial/territorial government to do something for, not against, another Canadian region. That kind of reciprocity was the original rationale for Canada’s confederation of outsiders, and it’s a needed tonic for the cruel new logic of COVID-19 regionalism.

Editor’s note: (Aug. 13, 2020) A previous version of this story erroneously stated that Newfoundland and Labrador joined Confederation in 1948. The province joined in 1949. Also, a photo with an incorrect caption has been replaced.

Opinion
So Confederation is sticking it to Alberta, right? Not so fast
June 21, 2020

Oct. 16: ‘They stand to govern a severely broken confederation.’ What readers think of anti-oil rhetoric, plus other letters to the editor
October 16, 2019 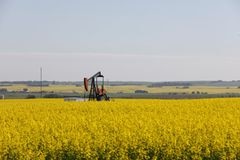 Opinion
The ‘Mothers of Confederation’ could not vote. We should not waste the opportunity
October 11, 2019 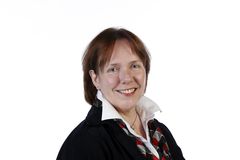