Will Lulu and Nana go down in history as the world’s first designer babies?

If so, will they become a trivia question about a fairly routine procedure, like Louise Brown, the first test-tube baby? Or will the twins be remembered as the harbinger of a monstrous era of eugenics?

Before getting ahead of ourselves, we should maintain a healthy dose of skepticism about the explosive claims of He Jiankui, the Chinese researcher who says he altered the embryos of couples during fertility treatment and that a pair of twins were born with altered genes.

Dr. He’s research has not been published in a medical journal, nor has it been presented in a scientific forum. Rather, he has posted a promotional video on YouTube, done select media interviews and hired a big-name public relations firm, all moves designed to maximize shock value. His actions have been widely condemned as unethical and dangerous. Unsurprisingly, there have been calls for “genetically modified” babies to be banned.

So let’s explore what the Chinese physicist has done and, without descending into histrionics, what it means to the future of humanity.

Dr. He, who has developed an expertise in gene editing over many years working in the U.S. and China, told the Associated Press that he altered the embryos of seven couples during fertility treatment. All the couples had sought in vitro fertilization (IVF) because the male partner was infected with HIV, the virus that causes AIDS.

Eleven of those altered embryos were implanted in six attempts. One pregnancy was achieved, twin girls named Lulu and Nana. One of the babies has both copies of the altered gene – which would mean she is likely unable to contract HIV – but the other has only one copy.

So why is this controversial?

Gene therapy has been used successfully on a number of adults and children, curing conditions such as bone marrow cancer, lymphoma, sickle cell anemia and the skin disorder epidermolysis bullosa. It’s costly but becoming a standard treatment.

Genetic manipulation of embryos is also commonplace in labs around the world, providing important clues on how genetic disorders can be prevented and treated. Wherever this research is done (it’s illegal in Canada), the embryos are usually destroyed within 14 days.

But if Dr. He has done what he claims to have done, he crossed an important line – implanting viable embryos after altering them in a way that allows genetic changes to be inherited. The reason this matters is that gene editing is still in its infancy and can produce “off-target mutations.” While knocking out the CCR5 protein may provide protection against HIV infection, it’s unclear whether other unintended consequences could result. For example, the twins’ risk of cancer could jump dramatically.

The other vast ethical question the experiment raises is whether it’s now acceptable to enhance embryos in the lab. If you can prevent a child from being susceptible to HIV, can you also edit their genes in a manner that they will have a higher IQ, or blue eyes and blonde hair?

The scientific consensus to date is that actions that allow removal of undesirable traits (such as avoidance of genetic conditions) are okay, but inserting desirable traits (or enhancements) are not. But it can be a fine line.

In Dr. He’s experiment, for example, was disabling the CCR5 protein similar to vaccinating a child to protect against an infectious disease, or was it an alteration that confers a genetic advantage?

There is no question that Dr. He’s experiment was cavalier, unethical and potentially illegal. But the technology is changing so quickly that many scientists are taking a “if I don’t do it, someone else will” attitude.

The therapeutic and preventive potential for gene editing is enormous. The opportunity for abuse is also significant.

We can’t let fear of eugenics stifle scientific progress. We need to find a way to navigate that ethical minefield. We won’t get there with sweeping bans or self-righteous pronouncements, but with tough discussions leading to some form of societal consensus on how “designed” our future designer babies can, or should, be. 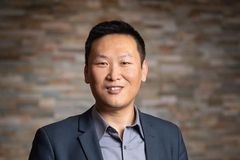 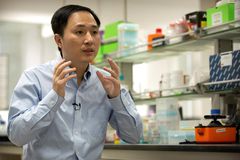