In the past three months, governments around the world have gone on a spending spree unlike any other in modern history. Vast sums have been deployed to support businesses and individuals suffering lost income from the economic shutdowns implemented to slow the spread of the coronavirus. Much more will go out the door before the pandemic is over.

No one can predict whether the record deficits most governments are now running will ultimately come back to haunt them. Between acting or not acting to help those in need and shore up their collapsing economies, the choice is not a hard one to make. But shouldn’t we at least be concerned about the longer-term consequences of all this debt?

Not if you buy into the precepts of Modern Monetary Theory or its most determined proponent, Stephanie Kelton. Her recent book, The Deficit Myth, seeks to debunk the economic orthodoxy according to which governments should or must aim to balance their budgets over time, while ensuring that public debt levels remain modest in relation to the size of the economy.

The extraordinary measures taken by central banks and governments since the onset of the pandemic would appear to be a vindication of the arguments Ms. Kelton lays out in her book. Indeed, financial markets have taken off in response to the massive monetary and fiscal stimulus undertaken since March. So, what was stopping policymakers before?

“If there is a silver lining in the coronavirus and policy response, it is that, when governments perceive something to be urgent, they have the wherewithal to act,” Ms. Kelton said this week in an online discussion organized by the Institute for Gender and the Economy at the University of Toronto’s Rotman School of Management. “People see now that it’s just a matter of political will. If we can commit trillions [in new spending] today, we could have done it in 2019.”

We can never know how markets would have reacted if the U.S. government had committed to shovelling US$2.2-trillion ($3-trillion) in new spending out the door last year, when the economy was not in crisis and the country’s unemployment rate was at a record low. Conventional economic thinking suggests that such a development would not have been greeted warmly by bond traders.

Context is everything. The unprecedented stimulus undertaken now by the U.S. Federal Reserve Bank and the Bank of Canada aims to prevent a meltdown in financial markets. Both central banks have committed to buying unlimited amounts of debt issued by their respective governments for as long as the current economic crisis lasts, and perhaps beyond.

So far, it is working. In Canada, the market for federal and provincial short- and long-term debt nearly seized up in early March as investors feared an economic collapse of historic proportions. A few provinces were unable to borrow to pay for basic programs, much less the extra spending needed to address the pandemic.

The Bank of Canada has essentially put a floor under the market by vacuuming up provincial and federal bonds and treasury bills. At the end of February, the assets on the central bank’s balance sheet totalled $122-billion. By mid-June, that figure had ballooned to more than $500-billion. All of this added debt has been purchased with money the bank creates out of thin air.

The question now facing policy makers in Canada, the United States and dozens of other countries that issue their own currencies is just how long they can keep this up. All of them are promising to “unwind” their bond purchases when the crisis passes, at which time the money being printed to finance said purchases will be cancelled, disappearing as quickly as it was created.

Proponents of Modern Monetary Theory, whose supporters include former Democratic presidential candidate Bernie Sanders and progressive superstar Congresswoman Alexandria Ocasio-Cortez, argue that governments with a sovereign currency can never run out money. They insist the U.S. central bank could simply finance the massive deficits required to pay for universal health care, free college tuition and a federal job guarantee for all Americans.

The only limit on the deficit, Ms. Kelton said in her talk, “is how many dollars can the U.S. or Canadian economy safely handle in new spending before it hits the wall, before inflation” soars.

Which one will Mr. Biden listen to? Do you really need to ask?

Opinion
What the world loses, as the Hajj takes a pandemic pause
June 25, 2020 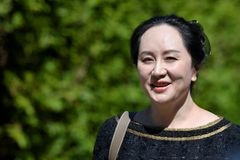 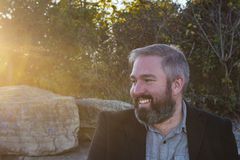