One day, in fact.

While Mr. Trudeau used his stop last week in Calgary to announce federal funding support for a long-delayed rapid-transit line, Mr. O’Toole went in a different direction the next day. He said if his party forms government in the next election, he will revamp the country’s fiscal-stabilization program as an initial step in ending what he termed “the mistreatment of Western Canadians.”

Under his plan, Alberta would get about $4-billion in rebates from Ottawa, with $1-billion to be divided among the rest of the provinces.

It would no doubt be a popular promise in a province the Conservatives need to once again own if they have any hope of forming government the next time a national vote takes place. Right now, polls show the federal Conservatives with a lead in Alberta, but not an overwhelming one.

It would appear the Conservatives are intent on clinging to the notion that Canada’s four Western provinces are in lockstep in their ire toward Ottawa. This is likely to be a source of debate during any election campaign.

Mr. Trudeau certainly indicated that in an interview I did with him in Vancouver on Friday, saying that treating Western Canada as a “monolithic block” is absurd and doesn’t recognize the range of opinion that exists from Manitoba to B.C.

Likewise, the Prime Minister rejected Mr. O’Toole’s assertion that we are in the midst of a “national-unity crisis.”

“I understand there is a constituency out there that is filled with anger toward Ottawa and the rest of Canada,” Mr. Trudeau said. “And there is no question Albertans have had a very, very difficult few years and there are many who are feeling hurt and angry, and a lot of them have felt that way toward the federal government for a long time.”

True. And there is a market for the kind of divisive, angry rhetoric that feeds those resentments. Although there are also a lot of Canadians who, as we emerge from this pandemic, might feel as if the country is more unified than it’s been in some time. They have seen their neighbours make extraordinary sacrifices, many on the front lines in the fight against COVID-19.

And as more and more of us feel real freedom for the first time in months, it’s arguable whether a campaign rooted in the notion that those in the West are only united in their red-hot bitterness toward Ottawa is the right call.

But if there are any gains to be had from such a strategy, they are likely to be enjoyed by the Conservatives.

However, some of the Conservatives most reliable talking points, in the Prairie provinces at least, are going to be harder to campaign on in the next election. The debate around the carbon tax, for instance, seems to be finished. There wasn’t the backlash the Conservatives were hoping for in the wake of the Liberals’ pledge to introduce a carbon levy that will eventually reach $170 a tonne by 2030.

Also, record temperatures this summer have only given climate activists, and just plain old citizens everywhere, more ammunition in their call for governments to get more aggressive in reducing emissions.

Mr. Trudeau has vowed to do just that. How far, and how fast, he intends to go remains to be seen.

The Conservatives need to be careful that they don’t once again look like climate-denying dinosaurs, when it comes to their environmental platform, in a bid to curry favour with like-minded voters in some of the Western provinces. Fighting for more pipelines, for instance, seems drastically out of step with the times.

I think Mr. O’Toole also needs to be mindful of overplaying his hand, of using words such as “mistreatment” to characterize people who have not been wronged or victimized in the way Indigenous peoples have, or in the way, say, many Muslims and other minorities in this country have.

Forcing people to pay a carbon tax in an effort to stop the planet from burning up is hardly mistreatment.

Mostly, however, Mr. O’Toole and others need to stop talking about “Western alienation.” The “West” in this country does not have groupthink when it comes to the policies of the current federal government in Ottawa.

There is the same diversity of opinion that exists right across this country. And the sooner our politicians recognize this the better. 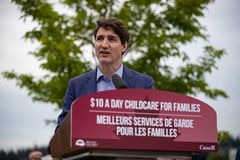 Opinion
Liberals look to regain ground in Alberta with high-profile candidates. Will it be enough?
Subscriber content
July 9, 2021 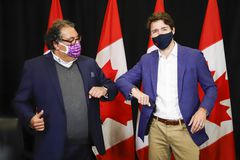 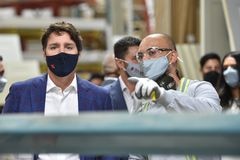