Monia Mazigh is an academic, author and human rights advocate.

On the morning of Nov. 14, 2014, Hassan Diab was extradited to France, just one day after the Supreme Court of Canada dismissed hearing his case. His wife, Rania Tfaily, was pregnant with their second child. She didn’t get to see her husband when the Canada Border Services agents came to the Ottawa-Carleton Detention Centre to put him on a plane to Paris. She didn’t kiss him goodbye. All the doors were shut in his face. His fate was left in the hands of the French legal system.

Hassan Diab is neither a refugee nor an illegal worker; he is a Canadian citizen. He was a sociology professor who taught at Carleton University before he was fired for being “a suspected terrorist.” In fact, Prof. Diab’s story starts in the classroom, when a French journalist attended one of his lectures and later informed him that he was the main suspect in the 1980 bombing of a synagogue on Copernic Street in Paris. Prof. Diab was shocked by the allegations and denied being involved in any terror activities. All along, he pleaded his innocence.

A memo recently obtained by the CBC revealed that, not only was Prof. Diab left to his own fate when he was extradited, but Canadian lawyers from the Department of Justice were working hard to “prove” he was guilty. Claude LeFrançois, a senior counsel at the department, regularly exchanged memos with his French counterparts pushing for and obtaining court delays until the French authorities could find a “smoking gun.”

For those who still consider the Diab case another “simple and innocent” mistake of our legal system or a shortcoming of our extradition laws, these recent revelations should demonstrate that what we are seeing here is an accumulation of disturbing behaviour, a series of repetitive “mistakes” spanning years.

For me, this case is solid proof of the “institutional racism” that many people from racialized communities and vulnerable groups have been facing in Canada for years. Prof. Diab is not the only Canadian citizen of Arab Muslim background who fell victim to a witch hunt, characterized by “information sharing” or “delaying justice.”

While my husband, Maher Arar, was in a filthy dungeon in Damascus, he hoped for one thing: that Canadian officials would work on his behalf to secure his release. That turned out not to be the case. Gar Pardy, now a retired director of consular affairs, once wrote to me in an e-mail: “A major part of the problem here is that not everyone in the Canadian government is in agreement with what we are doing to support Maher.”

Another Canadian citizen, Abousfian Abdelrazik, was detained in 2009 in Sudan for six years and labelled a “terrorist.” While in prison there, he was “visited” by Canadian intelligence officers whom he had met previously in Canada. They had threatened him at that time, saying that if he did not collaborate with them, he would regret it one day.

And then there are the cases of Abdullah Almalki, Ahmad El-Maati and Muayyed Nureddin, three Canadians who were all tortured in the same prison as my husband. Justice Frank Iacobucci, in charge of conducting a judicial inquiry into Canada’s role in their detention and torture, found that Canadian documents containing information about raids on Mr. Almalki’s home in Ottawa made their way into the hands of Syrian officials, along with questions submitted by the RCMP. Justice Iacobucci concluded that these actions indirectly led to Mr. Almalki’s mistreatment.

Prof. Diab spent more than three years in the infamous Fleury-Mérogis Prison. He was kept in solitary confinement. He missed his children’s milestones and lost precious moments with his family. He lost his academic career. If it were not for the “legal mission” of some high-ranking government lawyers, working so hard to criminalize him, he would have been in Ottawa, attending the birth of his son and walking his daughter to her first day at school.

Today, the only thing we can do to help him and his family mourn this loss is to call for a full public inquiry into the shameful actions of Canadian government officials. 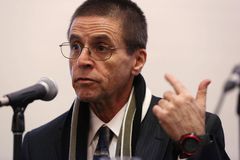 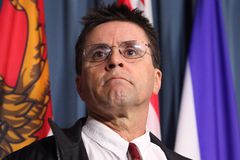