Testimony in a sexual assault case - which relies on a survivor’s willingness to provide it - has the power to make an unknown and often serious incident visible. Without the victim’s story, it can remain a secret, hidden forever.

Sexual assaults rarely have witnesses outside of the victim and the offender; in this case, an external witness, Mark Judge, resisted participating and then was not even called to appear.

To the public, it can seem the answer to ending sexual assault is to simply encourage victims to come forward and help them understand how to do so. But few sexual assaults are ever reported - much less go to trial.

In my work as a counsellor at a sexual assault centre, I came to understand the many reasons why victims choose silence over speaking out. Many fear the impacts of the truth on their families, workplaces or community, especially when the offender is a part of that community (in the majority of sexual assault cases, the offender is known to the victim in some way). Others are worried about being disbelieved, blamed or ostracized.

Many, like Christine Blasey Ford, who testified on Thursday at the Senate hearing into the Supreme Court nomination of Brett Kavanaugh, hope to avoid feelings connected to the violation: “I did my best to ignore the memories of the assault,” Dr. Blasey Ford shared, “because recounting them caused me to relive the experience."

Dr. Blasey Ford’s testimony marks a development in the “telling” of what happened between her and Justice Kavanaugh – an incident in which, Dr. Blasey Ford alleges, he sexually assaulted her when they were teenagers. Of note is that Dr. Blasey Ford told near to no one about her experience for over 30 years. But by Thursday, the eyes of the entire country were on her. And less than 24 hours after this, the Senate Judiciary Committee voted to support Justice Kavanaugh’s nomination, with the asterisk of a request for an FBI investigation into the allegations - with Dr. Blasey Ford’s testimony firmly in mind.

While Dr. Blasey Ford’s testimony touched on the barriers connected to understanding the process (“I didn’t know how to do that,” she replied when asked why she had not shared her concerns on Justice Kavanaugh with the Senate earlier) her silence on the matter over many years speaks to a far greater truth for victims. Yes, something is at stake for the Supreme Court, for American politics, and for Justice Kavanaugh in the face of this testimony. But more – and echoing the reality of sexual assault victims everywhere – is at stake for the complainant herself.

As is the case with most sexual assault cases that see a formal hearing, the complainant – in this case, Dr. Blasey Ford – carries an incredible burden. The victim’s story can bring a violent incident to light (Dr. Blasey Ford said she eventually reported out of a sense of “civic duty”); but it will also become the very locus of scrutiny. This scrutiny is evident in U.S. President Donald Trump’s declaration last week that “if the attack on Dr. Ford was as bad as she says, charges would have been immediately filed with local Law Enforcement Authorities”; and again this week, as viewers witnessed the attention paid to Dr. Blasey Ford’s memory of the incident, and her ability to recount its details.

Even after testifying with consistency, Dr. Blasey Ford is likely to find that this may not be sufficient: on Thursday, CNN anchor Jake Tapper railed that there is no “corroborating evidence" to her testimony. Texas Senator John Cornyn, likewise, declared that allegations are “not credible without evidence.”

Theoretically, in a bedroom in 1982 that contained just Dr. Blasey Ford, her alleged offenders and a locked door, what other evidence exists? If there is none for Dr. Blasey Ford to present, does this mean that an assault did not occur? That is: If a powerful, entitled man attempts a rape and no one is there to hear it, does it make a sound?

In this, the prospect of disclosing – telling one’s story of victimization to others – presents a double-bind for victims. Dr. Blasey Ford knew she had to fall on her sword in order to raise the alarm about Justice Kavanaugh – but it still might not be enough to effect change.

If we have learned anything from the #MeToo movement, it is that those who are sexually violated know all about the possible consequences, should they dare to talk about their experiences or name names. The silence of victims is rooted in this reality.

Certainly, the way forward lies in listening to the stories of survivors of sexual violence and believing them. Without our willingness to believe - and with many barriers still firmly in place - most survivors will understandably settle on silence as their safest bet.

If you or someone you know has been affected by sexual violence, please visit http://www.sexualassaultsupport.ca/support.

What the FBI’s Kavanaugh investigation will entail
September 28, 2018 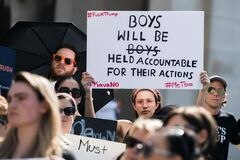 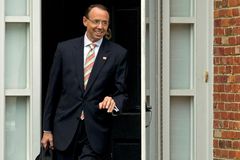 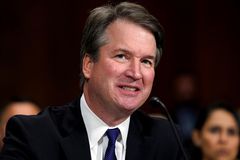