Liz Worth is a Toronto-based author.

My mother was four months pregnant before she found out I was on my way.

Childless until then, motherhood was never something she’d aspired to. My parents were born in 1936, and married at 19. In their day, people often married young and started families shortly after.

My mother wasn’t interested in taking this path. She was the oldest child of a large family. Her parents pulled her out of high school so that she could work and help raise her younger siblings. Once married and out of the house, my mother was happy to have no one else to look after but herself and my father.

Things stayed that way until 1981, when my parents learned that they were going have me. It was an unplanned pregnancy. When she went to the doctor after feeling off for a few months, she assumed she had started menopause.

The doctor had a different diagnosis: A uterine tumour. He sent my mother to an oncologist. During that initial examination, it was discovered that my mother had a baby, not a tumour.

These days, it isn’t so surprising to have a baby in your mid-40s. In the early 1980s, though, it was a different story. Growing up, I was often the only kid in my class with middle-aged parents. When we went out shopping, clerks would make the mistake of asking my mom whether I was her granddaughter.

At the time, people just weren’t used to seeing a family like mine. In 1980, the average age of first-time mothers in Canada was about 25. Now, it is about 30 – still quite young compared with my parents, although pregnancy over 40 isn’t as uncommon as it was four decades ago. In 2012, according to Statistics Canada, the number of teen pregnancies was surpassed by moms over 40 for the first time in Canadian history.

There are a lot of reasons people are having kids later in life. My generation has been warned how much time it takes to raise a kid, and how much you’ll end up sacrificing if you put your career on hold to have a baby – especially if you’re a woman. Housing costs and financial stability also play a role. In Toronto, where I live, the cost of housing -- both to rent and buy -- is among the highest in North America. Some couples in their 20s might feel they can’t afford to have a child, and choose to wait until they are earning more money.

While my folks hadn’t planned to have a baby in their 40s, other people do. Advances in fertility treatments have given people more control over how and when they might conceive. And fertility is often a big concern when people talk about having a baby later in life, along with considerations for a mother’s ability to have a healthy or natural pregnancy.

But the realities of aging don’t begin and end with fertility. Rather than just focusing on how to have a baby when you’re 40-something, we also need to consider what life will be like for that baby as it grows up.

While we can’t predict our individual lifespans, we know that the average age of death in Canada is 82. If you have a kid at 40, then you’ll have four decades together – assuming your health holds out well enough to enjoy it all. Sadly, that’s not how things played out for my family. When I was born, my dad already had more years behind him than ahead. He died of cancer at 76, exactly a week before my 31st birthday. My mother made it to 84, but unable to walk, talk or feed herself in her final years.

Neither of them were at my wedding. Neither of them will see my husband and I buy our first house, or reach other major milestones that so many parents look forward to celebrating with their kids.

At 38, I’m an orphan. It’s something I’ve mentally prepared for since childhood, when I figured out my parents would die sooner than most.

What I wasn’t prepared for was how to care for my mother when her health declined.

My life was quite carefree until I got a call in 2017: My mother had been found wandering from her retirement home in Mississauga, underdressed and disoriented. The diagnosis? Dementia. As her power of attorney, I was given two choices: Find her a nursing home, or move her in with me.

Looking after someone with dementia is a 24/7 job. My mother lost all ability to dress herself, use the bathroom or even make a phone call. I wasn’t prepared, emotionally or financially, to become a full-time caregiver.

My mother and I were both unprepared for the future we would face together. When I was a kid, she hated to take off work if I was sick. She would send me to school no matter how feverish I was, hoping the teacher wouldn’t notice.

Now that the tables were turned, I was taking more time off for my mother than I ever had in my life. The full responsibility of her medical appointments, prescriptions, finances and errands all fell to me. I had just started my own business two years before and was in a precarious place. Since my mom was considered a security risk to herself, she couldn’t be left alone for any period of time until I found an appropriate home that could manage dementia patients. I hired a personal support worker to help me fill in the gaps – a costly decision that quickly maxed out my credit cards, adding up to a hefty five-figure balance in just two weeks.

It’s common for people to say, “Kids should take care of their parents.” But we need to talk about what that really means. Just as there are demands and costs that come with child-rearing, elder care has its own set of challenges and sacrifices. It isn’t just about driving mom or dad to the occasional doctor’s appointment. It can mean making decisions about where and how they live, managing medical history, dealing with their property and potentially playing nurse.

No matter how much you love your parents – and not all caregivers do – emotion doesn’t change the amount of work involved. Even though I had support from friends and family, the buck stopped with me when it came to every detail of my mother’s life. There were many moments I often wondered to myself: How would I manage this if I had kids to look after, too?

There were other sacrifices. My husband and I used to talk about moving away for his career. Instead, we stayed for my mother. I worked evenings and weekends to take time off when my mom needed me. I spent money on her care that I don’t dare to add up – what’s gone is gone.

Still, I am lucky. I had the means to make sure my mom got what she needed. Not everyone does. With housing costs, student debts, and unreliable job markets making for precarious financial situations for younger adults, we need to prepare ourselves – and our children – for the financial realities of caregiving.

The freedoms that we have when we are child-free are only possible under specific circumstances. If you develop a degenerative disease like my mother did, you will get worse over time and become ever-more dependent on care. If your caregiver is your 30-something kid, they will be challenged with your loss of dependence at a time when they are still trying to get their own life established.

It’s a lot to take on. Caregiving keeps you tethered – you’re not moving across the country, or travelling for months at a time. It requires structure, predictability and availability – just like having a kid does.

I don’t fault people for waiting to have babies. Parenting is a personal choice, and different for everyone. I used to think that, because my mom had me at 45, I had time to wait, too. But my 30s have been dominated by my parents’ health struggles. Around me, friends are having their own kids, and I can’t imagine having someone else to take care of right now.

I need a break.

Still, I’m younger than my mom was when I came along. But if I live to be as old my father, half my life will already have been gone. And while I’m sure that parenthood is a profound experience, I’m just not sure I would want my kid to go through what I did. 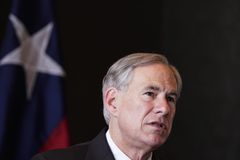 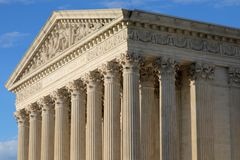 The odd-looking toy that took a starring role in my son’s life
May 2, 2021 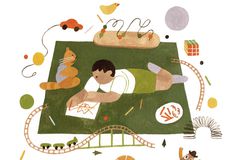