Paul Martin is the former prime minister of Canada.

As the nations of the world focus on vaccinating their citizens against COVID-19, we must think deeply about how to protect ourselves in the future.

COVID-19 has wreaked havoc on virtually every aspect of our collective lives. Health care systems have been overwhelmed, economies have been struggling and sustainable development goals have been set back. Not a single country has been immune from the pandemic, but its consequences for the world’s poor have been devastating.

Rebounding from the effects of the virus would be challenging enough, but the looming prospect of future pandemics makes it even more imperative that we come together with a robust global response – and that we do so now.

That challenge begins with vaccine equity. Nearly 90 per cent of the vaccines administered have been in G20 countries. This is a grave moral failure, as well as an almost assured recipe for an ongoing threat. Countries that do not have access to adequate supplies of vaccines can become breeding grounds for new variants, posing a risk to all of us.

Unequal vaccine distribution is also a severe threat to the health of the global economy. If we’ve learned one lesson from this experience, it is that public health precedes economic wellbeing. Without the former, the latter is unachievable.

It will take much to face up to the damage done, strengthen public health and better prepare us for future pandemics. But the answer is to be found in strengthened multilateralism, realistic funding for the World Health Organization (WHO) and augmented global health research.

While we all believe in national sovereignty, we must recognize that collective action will be required if we are to deal with problems that are beyond the capacity of any one country, no matter how powerful. Strong multilateral institutions are needed now more than ever.

We need the WHO to be for ministers of health what the International Monetary Fund (IMF) is for ministers of finance: a no-holds-barred, multilateral organization with the means to identify, counter and prevent crises.

The good news is that the WHO already exists. The problem is that, as the Independent Panel for Pandemic Preparedness and Response recently stated, we have let it become badly under-resourced.

Compare the WHO with its peers. The IMF, upon which we rely for global economic action, funds roughly 80 per cent of its operations from guaranteed country dues. In contrast, only 18 per cent of the WHO’s annual budget is procured from assessed contributions, with the remaining funding being voluntary. This means that, on an annual basis, the bulk of the WHO’s funding is a question mark.

We simply cannot prepare properly for future pandemics when budgets are less than 20 per cent assured. Certainly, it isn’t conducive to the long-term planning that we so desperately need to protect the wellbeing of the world’s population. Quite simply, underfunding the WHO jeopardizes global health.

At the upcoming G7 summit, there are plans to strengthen funding for global public health and, in particular, boost support for the Access to COVID-19 Tools Accelerator (ACT-A). These investments are needed badly and these priorities should be confirmed.

But we need to take additional action by better financing the WHO itself. To start, the ratio of assessed to voluntary contributions provided by member states should be reversed – from 20/80 to 80/20 – and the overall budget of the WHO should be increased. These financial reforms would put the WHO on a more even footing with other international institutions such as the IMF, and strengthen the world’s ability to withstand future global health threats.

Increased funding will also support efforts to bolster the WHO’s role as a leader in connecting and coordinating national research bodies and other international institutions dedicated to understanding pandemics. The recently announced WHO Hub for Pandemic and Epidemic Intelligence in Berlin is an example of how we must network research facilities, expertise and knowledge from around the world in order to ensure we are able to better detect, investigate and respond to emerging public health threats.

As the G20 prepares for its own leaders’ summit in October, this should be a prime focus. The G20 is a diverse and representative body of developed and developing countries alike, drawn from a plethora of regions. It has the capacity to ignite the country-by-country support that is needed for a strengthened WHO.

As home to the very first director-general of the WHO, Canada should be a natural champion for this kind of coordinated, international response. It presents a chance for us to instill new meaning and new muscularity into an updated 21st-century vision of multilateralism.

There is only one way forward: countries must recognize how much they gain from acting together. Canada can lead the way. 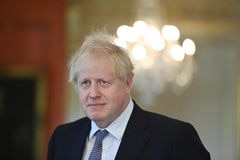 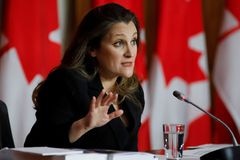 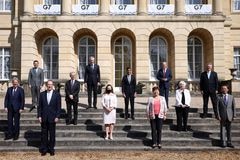