Ever since Carrie Lam became chief executive of Hong Kong on July 1, 2017, she has enjoyed virtually absolute support from the Chinese government, including President Xi Jinping himself. This isn’t surprising; she was, after all, Beijing’s hand-picked candidate to govern the former British colony, now known as the Hong Kong Special Administrative Region.

But ironically, Beijing is now proving a problem for the chief executive in her attempt to keep a major campaign promise: to resolve, as soon as possible, "those constitutional and legal issues aiming at amending the Prevention of Bribery Ordinance to extend the scope of sections 3 and 8 to cover the chief executive.” That’s because her office – the top job in Hong Kong’s hierarchy – is not currently covered by key sections of Hong Kong’s anti-corruption legislation.

While “soliciting or accepting an advantage” is a criminal offence for the 160,000 civil servants in Hong Kong, the provision doesn’t extend to the chief executive. Similarly, anyone who offers an advantage to a public servant while dealing with the government department shall be guilty of an offence – unless, of course, that public servant happens to be the chief executive.

Momentum to reform the anti-corruption legislation has been building since 2012, when an independent review committee headed by former chief justice Andrew Li concluded that a “fundamental defect” in the existing legislation is that certain sections of the bribery ordinance don’t apply to the chief executive.

The review recommended the creation of a statutory independent committee, consisting of three members appointed jointly by the chief justice and the president of the legislature, which would grant permission for the chief executive to solicit or accept any advantage.

That momentum only accelerated with the imprisonment of former chief executive Donald Tsang, who was sentenced to 12 months in prison for failing to disclose a property deal. He was released in mid-January.

Ms. Lam’s immediate predecessor, too, did not face trial after Hong Kong’s Department of Justice controversially declined to prosecute Leung Chun-ying over an undeclared 50-million Hong Kong-dollar payment (approximately $8.5-million) from the Australian engineering firm UGL. Secretary of Justice Teresa Cheng was sharply criticized by legislators and the Hong Kong Bar Association for not seeking outside legal advice before making the decision, which critics said was contrary to departmental practice in cases involving high officials or prominent individuals to avoid the appearance of bias.

The cases of the two former chief executives have dominated headlines for years, and Ms. Lam wants to reform existing legislation so that Hong Kong’s top official would be treated as anyone else where corruption allegations are concerned. But a few months after she assumed office in July 2017, according to a report last month by the South China Morning Post, a “source familiar with the central government’s thinking on the matter” said that Ms. Lam “shared her plan with central government officials overseeing Hong Kong,” and was subsequently told that "Beijing was against the idea.”

“Beijing’s position is that the chief executive is appointed by the central government,” the source said. “It can’t accept the move to enact local legislation to establish a committee to grant approval for the acceptance of advantages by the chief executive.”

Criminalizing the potential behaviour of the chief executive is a highly sensitive issue, because the job occupies a special constitutional status as defined in the Basic Law, Hong Kong’s mini-constitution adopted by China’s National People’s Congress. According to the Basic Law, the chief executive is appointed and removed by the central government and “shall be accountable to the Central People’s Government and the Hong Kong Special Administrative Region.”

Ms. Lam will be hard-pressed to deliver on her election manifesto, thanks to Beijing’s opposition. But she will have to find a way. After all, as the Li committee said: “All public officials are servants of the people” – and the chief executive “should be regarded as ‘the Chief Servant’ of the people.” 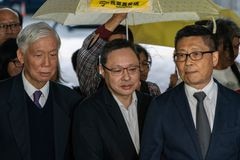 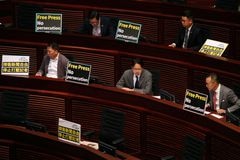