Michael Bociurkiw is a global affairs analyst and a former reporter for the South China Sunday Morning Post and Asia Times.

Hong Kong faces its gravest existential crisis in more than five decades. What started out as a relatively manageable bubble of unrest several months ago has morphed into a protest movement that has pushed Beijing to the brink.

Even though Hong Kong’s embattled Chief Executive Carrie Lam formally withdrew a controversial extradition bill last Wednesday in a desperate move to quell 13 weeks of protests in the territory, the months-long, inexplicable delay has allowed the movement to mushroom into a formidable force that uses sophisticated techniques to evade police and communicate internally.

It also emboldened the movement to widen its list of demands to the point where no Beijing proxy leader could possibly deliver on them – especially the introduction of electoral reforms.

The protest movement has not been quieted by the concession of the bill withdrawal, and will continue to press for more, especially significant action to address allegations of police brutality.

Even Ms. Lam, in her statement last Wednesday, acknowledged: “After more than two months of social unrest, it is obvious to many that discontent extends far beyond the bill.”

Ms. Lam, a former bureaucrat, should have anticipated the widespread public anger the bill would spark and should have never introduced it in the first place. It was a gross miscalculation that has led to more than 1,100 arrests, pitched battles between police and protesters, caused widespread damage to public and private infrastructure, blockades of the airport and a massive, perhaps irreparable, hit to the economy.

Even though Ms. Lam has said she is unable to resign, she can; one of her predecessors, Tung Chee-hwa, did so in 2005. Vacating the position would serve to further placate the protesters and hopefully open the way for someone much more skilled at public dialogue and defending Hong Kong’s interests in Beijing.

It could also prompt Beijing to appoint a hard-liner to govern the territory. But it is difficult to imagine the bar being lowered any further in terms of ability to govern.

Thus far, the Hong Kong Police Force has been taking the brunt, facing off with the protesters with rubber bullets, water cannons, tear gas and what protesters say is excessive force. In some of the most recent protests, petrol bombs have been hurled in the direction of police lines and, in a highly provocative move, the Chinese national insignia has been defaced. It is these types of images that must be pushing the authorities in Beijing to the brink, and to ponder whether to send in paramilitary or armed forces.

There is plenty of worry in Beijing, too – that what started out as a relatively harmless flicker in Hong Kong could ignite unrest on the mainland. Despite the heavy censorship of mainstream and social-media channels in China, word of the Hong Kong protests has appeared nonetheless on obscure platforms, and footage was seen by the hundreds of thousands of Chinese youth studying or living overseas, including in Canada.

This crisis is far from over. On Sunday evening, following a peaceful protest march to the U.S. Consulate in Central Hong Kong joined by tens of thousands of mostly young people, large numbers of protesters peeled away and severely damaged the exterior of Central Station. Pitched battles with police spread to several parts of Hong Kong Island, with tear gas fired and many people arrested. Many protesters told me they intend to press for the maximum and not stop at the withdrawal of the extradition bill.

Beijing could counter that, having ignored the government’s generous concession of meeting the first demand, the protesters are unreasonable and need to be dealt with harshly. Mainland authorities may also be betting that the withdrawal of the bill will placate moderates, which would take them off the streets and cause division within the movement.

With less than a month to go before the 70th National Day of the People’s Republic of China on Oct. 1, the countdown is on to quell the protests once and for all. Should more violence occur, among the options are to pressure its Hong Kong administrators to introduce emergency legislation that could bring restrictions on movement, a ban on masks, crackdowns on online posts and sweeping arrests of protest leaders.

Having lived and worked in the territory and covered the aftermath of the 1989 Tiananmen Square protests in Beijing, I know the merciless force Beijing is capable of unleashing, even on its own citizens. The immediate question: Will the battle-hardened protest movement pause long enough to assess the risks of escalating its fight further, and in the process risk the economic viability of this bustling international financial centre? So much hinges on the answer, as there has never been more at stake for post-1997 Hong Kong. 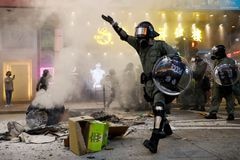 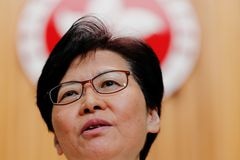