The words conjure up dreadful images of mushy peas, watery mashed potatoes, a meat of unknown origin bathed in treacly gravy, a white bun and, of course, Jell-O, all wrapped in plastic and not necessarily served warm.

For far too long, feeding patients has been viewed as a chore, similar to doing the laundry – something that should be done as cheaply and efficiently as possible.

Thankfully, there’s a hospital food revolution underway, albeit a modest one – a push to make what is served on the hospital tray more palatable, patient-friendly and planet-friendly.

To highlight some of the positive initiatives, the small group Nourish: The Future of Food in Health Care recently hosted a symposium, one of the highlights of which was a panel imagining what hospital food would (or could) look like in 2030.

Imagine if, instead of being a punchline to a joke, the words “hospital food” elicited these images in your mind:

Many people will immediately say that these meals are as fantastical as they are fantastic and couldn’t possibly be served in a hospital setting. But the competitors all had to produce meals that were scalable (easily prepared in bulk in a hospital kitchen), locally sourced, environmentally friendly and patient friendly. The chefs are all innovators and leaders in the food-for-health movement.

Innovations at CHEO, for example, include the introduction of a room-service menu, and its pediatric patients can choose items on their own schedule from Mr. Wiseman’s offerings, including tacos, butter chicken and dim sum. The kitchen also has a zero-waste policy – even the plates are made of wheat – and grows some of its produce on the hospital grounds. The hospital cafeteria, the Rainbow Café, also has excellent food.

Another innovator is the Meno Ya Win Health Centre in Sioux Lookout, Ont., which serves Miichim (traditional food), such as pickerel, moose and bannock, to its largely Indigenous clientele.

This costs a bit more than a traditional hospital food service, but only marginally so. And when hospitals serve good food that patients request, they eat it.

As one teenage patient who had spent months in hospital said at the Nourish symposium: “Sometimes it’s hard to force the gross down.” Ms. Maharaj described the food she was served during a hospital stay as a “deep insult.”

Currently, as much as half of all food served in hospitals goes uneaten and into the garbage.

When you consider that Canadian hospitals serve roughly 275,000 meals daily and spend in excess of $4-billion on food services annually, that level of waste is almost as stomach-turning as the food itself.

Hospitals in Canada have fixed budgets, and money is not allocated specifically for meals. But they spend roughly $8-9 daily per patient, the amounts set in other institutional settings, such as prisons and long-term care homes.

With these modest funds, hospitals have defaulted to frozen meals that are “rethermalized” in trolleys that function like convection ovens. (In fact, fewer than half of all hospitals in Canada have a functioning kitchen.)

This “thermed” food is not always bad, but it tends to be watery and lacking texture. Many patients shun hospital food and rely on visiting family members for their nourishment.

The sea change that needs to occur is largely a philosophical one. Hospitals and health-care providers need to view food as part of the healing process and the patient experience.

Many patients come into hospital undernourished and many more leave even more so, and that impedes recovery.

Hospitals should be places of healing and not just medico-surgical factories. They should be good corporate citizens and walk the talk on health. The semblance of food that people get now is the antithesis of patient-centered care.

Patients need nourishment, for the body and soul.

How an Ottawa chef is improving the quality of food served at the children’s hospital
September 28, 2018 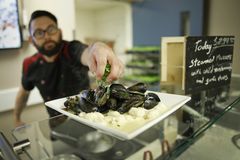 Food in hospitals and prisons is terrible – but it doesn’t have to be that way
May 16, 2018 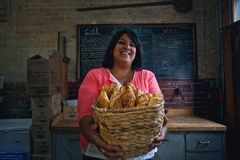 New on the menu of institutional kitchens: healthy, locally sourced, organic food
May 12, 2018 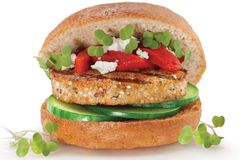