Elizabeth Becker’s books include When The War Was Over: Cambodia and The Khmer Rouge Revolution and You Don’t Belong Here: How Three Women Rewrote the Story of War, which was published earlier this year. She was one of three Western journalists allowed into Cambodia after the Khmer Rouge took control of the country.

At first sight, the American withdrawal from Afghanistan recalled another catastrophe – the end of the Vietnam War. The chaotic and desperate Afghan evacuation seemed to mimic the scene at the U.S. Embassy in Saigon, which delayed the evacuation so long that the airport was too damaged to support an airlift. Helicopters had to ferry Americans and some Vietnamese from rooftops to ships waiting offshore, hours before the North Vietnamese tanks arrived. Tens of thousands of Vietnamese allies were left behind.

But the similarities are superficial. The United States abandoned Saigon before the North Vietnamese arrived. The U.S. remained in Kabul after the Taliban took control and sent in troop reinforcements to manage a massive evacuation of more than 122,000 people, including Americans, Afghans and foreigners. It was the largest airlift in history.

A better comparison would be between Afghanistan and the Cambodian campaign of the Vietnam War – to view their final days as codas to a generation of disastrous American war policy. In both instances, the American-supported governments fell like houses of cards to murderous forces that should have been repugnant to their people: the Khmer Rouge in Cambodia and the Taliban in Afghanistan. But Cambodians and Afghans felt little loyalty to the corrupt, authoritarian regimes built on billions of dollars of American aid and protected by American might. The result in 1975 was a Khmer Rouge victory that led to four years of radical communism and genocide. The Taliban returned to power in Kabul presumably ready to impose some version of their harsh interpretation of Sharia law, reducing women to chattel, as they did when in power at the turn of this century.

The Khmer Rouge and the Taliban may be at the opposite poles of the demonic spectrum, but their paths to victory owed much to the U.S. underestimating them as ragtag forces and insignificant pawns in global wars. For Cambodia it was the Cold War against Communism; for Afghanistan it was the Global War against Terror. In both cases, the U.S. argued it was fighting to keep the world safe for democracy.

Cambodia was considered an annoying impediment to the American war in Vietnam. Under Prince Norodom Sihanouk, the country’s prime minister, Cambodia adopted a policy of neutrality out of the realistic fear that the country wouldn’t survive another Indochina War. He tried to mollify both sides, allowing communist North Vietnam and American-supported South Vietnam to use Cambodia’s strategic border region to fight each other.

Washington deplored Cambodia’s neutrality as a “policy of indifference” and mounted covert actions to push Cambodia into their camp and push out Sihanouk. China took the opposite tack and agreed to forego support for a revolution by the Khmer Rouge, the local Cambodian communists who wanted to overthrow Sihanouk. In return, the Prince promised North Vietnam it could use the Ho Chi Minh Trail through Cambodia’s border region to supply their allies in South Vietnam.

With its efforts in Vietnam failing, the U.S. launched a secret and massive bombing campaign of the Ho Chi Minh Trail in Cambodia in 1969, adding to the pressure to pull Cambodia into the Vietnam War. Increasingly erratic, Prince Sihanouk lost the support of democratic Cambodians as well as the elite that favoured joining forces with the U.S. He was overthrown in 1970, and the new government immediately moved against North Vietnam.

Within weeks, the U.S. invaded the border region of Cambodia to root out the North Vietnamese. It backfired. North Vietnamese troops instead spread across Cambodia, paving the way for the fledgling Khmer Rouge to fight for control of the country.

Instead of nurturing the democratic impulses of the new Phnom Penh government, the U.S. remained loyal to General Lon Nol, the new leader, no matter how corrupt, authoritarian, inept and brutal he became. When he banned elections by martial law, it made no difference. Gen. Nol’s value was to keep Cambodia in the war while the U.S. figured out how to withdraw from Vietnam.

I covered this war as a novice reporter for The Washington Post and saw how corruption grew exponentially. American aid landed in foreign bank accounts of military and civilian officials. Military officers pocketed the money while angry Cambodian soldiers marched down Phnom Penh’s major boulevard because they hadn’t been paid for months or fed for days. Food aid ended up on the black market while Cambodians starved.

The official American attitude was a toxic mixture of arrogance and willful ignorance. Evidence of the collapse of Cambodian society was everywhere. I watched government soldiers at checkpoints shake down poor farm families seeking refuge in the city, demanding anything of value, from sacks of rice to a young daughter to sell to a brothel. No matter how egregious the treatment of the Cambodian people, the U.S. never demanded serious reforms even as the government army met with defeat after defeat at the hands of the Khmer Rouge and Saloth Sar, who became known as Pol Pot.

We all heard reports that the Khmer Rouge controlled their “liberation zones” with brutal discipline, including arbitrary executions. Henry Kissinger, president Richard Nixon’s National Security Advisor, brushed aside repeated pleas from allies that he negotiate a ceasefire. Washington launched a massive bombing campaign against the Khmer Rouge – 500,000 tonnes of bombs by war’s end – to no avail. The Khmer Rouge walked into Phnom Penh on April 17, 1975, to see Cambodians waving white sheets welcoming them in peace. The nightmare began on that first day. The black-pajamaed Khmer Rouge ordered Cambodians out of the cities, marching them into the countryside to live in crude labour camps. In four years, the Khmer Rouge killed one-fourth of the country’s population through murder, starvation and cruel neglect. An international tribunal later convicted its senior surviving leaders of genocide.

It was frightening to see the core of American war policy in Cambodia resurface in Afghanistan. The U.S. supported the new government in Kabul with billions of dollars of aid while turning a blind eye to corruption. The Kabul government in turn corrupted the country’s institutions and society, showing indifference to the population when not preying upon it. The government’s main priority was holding onto power and the riches flowing from aid, rather than defeating an enemy like few others in its brutality and abhorrence of basic human rights. Just as in Cambodia.

The U.S. invaded Afghanistan to capture or kill Osama bin Laden and the terrorists who had attacked the United States on Sept. 11, 2001. Within weeks, the U.S. and its allies had defeated the Taliban, marking the first success of president George W. Bush’s Global War on Terror.

Except the U.S. walked away from that victory. Secretary of defense Donald Rumsfeld refused to accept the formal surrender of the Taliban in the belief that they were a spent force with no future, unworthy of amnesty. Instead, the Bush administration shifted its attention away from Afghanistan toward Iraq, a new and far bigger target even though that country had nothing to do with 9/11.

Afghanistan became an afterthought, as Cambodia had been. Without the U.S. military hunting them down, the Taliban regrouped and recovered with significant aid from neighbouring Pakistan, where Mr. bin Laden eventually went into hiding. They regained control over parts of Afghanistan.

The U.S. continued its financial support of the new government in Kabul but without supervision. John Sopko, the Special Inspector-General for Afghan Reconstruction, wrote in a recent report that corruption in the Afghan government “metastasized and swelled to an unprecedented level,” quoting a State Department cable that “corruption is not just a problem for the system of governance in Afghanistan; it is the system of governance.” By the end of the 20-year war, the United States had spent around US$2-trillion, or US$300-million a day, on the failed mission.

Throughout that war, the people of Afghanistan were squeezed between radical zealots and corrupt authoritarians, just as they had been in Cambodia. They never rejected democracy because they were never given a democratic alternative to the Taliban.

President Joe Biden said this week that the United States had won its war in Afghanistan by killing Mr. bin Laden and undermining the Taliban’s ability to protect al-Qaeda.

It was the equivalent of declaring victory out of defeat. The hope is that Cambodia in 1975 and Afghanistan in 2021 are bookends to America’s forever wars, which brought unimaginable human suffering in Asia. 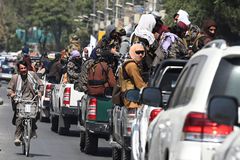 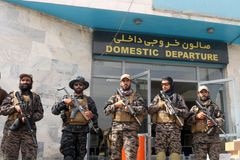 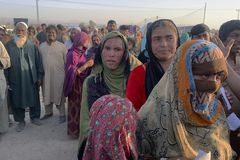