Julie M. Green is a writer and artist living in Kingston.

“I wish there was a vaccine,” my 12-year-old says as soon as he gets home from school, dumping his mask and backpack on the counter like he can’t be rid of them fast enough.

I tell him that vaccines take a long time to develop, and how I can’t wait to see the back of COVID-19, too.

But he only shakes his head, eager to correct me. “No, I mean a vaccine for autism.”

Oh, I think, steadying myself against the counter.

My son was around seven when we decided to tell him. Four years after we received his diagnosis: Autism Spectrum Disorder. My husband and I were honest yet careful not to bombard him with information. We quoted the Mac versus Windows analogy – two different operating systems, same functionality – believing ourselves clever and responsible parents. No, we would not bury our heads in the sand; nor would we leave him in the dark about who he is. But the truth was, we had no choice. By the time he started school, he already understood that he wasn’t like other children. In his class where I sometimes volunteered, kindergarteners would corner me by the cubbies to grill me about his behaviour. Why doesn’t he answer when I say his name? Why does he hide under the table during circle time? And I would duly swallow the lump in my throat before answering them. I resolved to give a proper name for the way my son was, lest the kindergarteners come up with other, decidedly less kind, names of their own. Which they no doubt would, in time.

Autism would not be a taboo topic in our home. Much like “the birds and the bees,” our autism talks evolved in the years that followed in line with my son’s understanding. In spite of our openness, though, the “A talks” sometimes still managed to blindside me.

This is one of those times. He wants a vaccine. To get rid of his autism. I grip the countertop. It’s so shiny, I can see my reflection. When I look up, my son stares at me, expectant. I’m supposed to have all the answers, aren’t I? But this question has me stumped: Without autism, who would my son be exactly? Not my son, to be sure. With superpowers come super struggles, I want to tell him. If he were at all moved by Marvel heroes, I would tell him that even Superman sometimes longed to be Clark Kent – a mere mortal sans red cape and leotard. My child’s powers may be less grandiose, yet they are no less dazzling. With a photographic memory and a prodigious way with numbers, he’s a spectrum poster boy. He also just so happens to be a great kid with an affinity for dogs and a cracking sense of humour.

“You know,” I say, following him into the living room, “there are things I don’t like about myself, too.” He glances over. “Some days I wish I could wave a magic wand so I wouldn’t worry so much, but that’s not how it works. We don’t get to choose how we are.”

For a moment I consider the messy ball of personality. My own long dance with anxiety and depression. I get what it’s like to feel out of sync. For easy things to come hard, and for hard things to come easy. Even in my mid-40s, I am still very much a work-in-progress, and I’m not sure whether that will ever change. Try as we might, none of us can cherry-pick our neurology. There is no vaccine powerful enough to change our essential nature. We don’t get to choose.

“It’s important that you like who you are,” I say, settling next to him on the sofa. Close but not too close. “That means accepting every part of yourself, even your autism.”

I glance over at his slumped form and resist the urge to correct his posture. He’s listening to my spiel, but he’s not buying it. Some days, as I witness his struggle from the sidelines, neither do I. Some days no amount of cheerleading can convince him that being autistic is a badge of honour. As a society, we claim to value difference. In reality, we value conformity so much more. The message he hears every day is that you have to change in order to be accepted. You have to tweak or mask your true self in order to fit in with the status quo. If you don’t, you are admonished, repeatedly corrected, shamed. Every well-intentioned therapy, it seems, is geared at fitting his square peg into a round hole. All that masking comes at a great cost to mental health. Researchers have found a higher incidence of stress and anxiety in those who try to camouflage their autism, as well as an increased risk of exhaustion and autistic burnout. Sustained masking can lead to depression and, according to another study, suicidal thoughts.

I worry about what this means for my son. The fact remains, being a Mac in a world designed for Windows is hard. Being autistic is hard. It makes you stand out, and standing out at my son’s age, for any reason, is hard. He has changed schools several times. This year, he’s one of four boys in a special needs class. The small class size put me at ease during a pandemic. He never asked to be special, though. Despite his superpowers, he cannot manage in a regular class setting. Given half the chance, he would shed his cape and leotard in a heartbeat.

I can no more imagine him without autism than I can imagine him without a head full of dark curls. Our conversation is over – for now. Some other day I will pick up where we left off, drip-feeding acceptance and pride until enough accumulates in his system, like the vaccine itself. 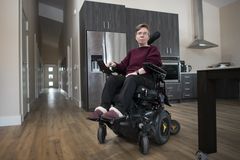 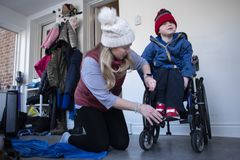 ROB Magazine
In the global hunt for tech-savvy workers, companies are turning to a once-ignored source of talent: those diagnosed with autism
Subscriber content
February 25, 2021 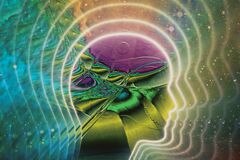