Chantal Khan Da Silva is a freelance journalist based in London.

“But Khan is a Muslim name.”

Being a Khan myself, I was more than aware that “Khan” could be a “Muslim name.”

What I couldn’t understand was why my crush was proclaiming it to our middle-school classmates in what appeared to be a heated debate.

But, as I watched his cheeks redden as I entered the classroom, the conversation coming to an abrupt halt, I knew my classmates had been talking about me that morning – and I didn’t have to wonder why.

In the months after 9/11, the day a series of co-ordinated attacks carried out by al-Qaeda against the United States shook the world, I had started to notice a growing interest in my family’s background.

In our largely white and middle-class Toronto neighbourhood, our mixed-race family – half Indian-Pakistani and half-Portuguese – had always felt somewhat out of place. But for me, at 12 years old, standing out in a near-uniform neighbourhood had long felt like a point of pride.

Both of my parents had come to Canada as migrants, with my father, Ray Khan, born Imtiaz Husain Khan, arriving in Toronto at the age of 11 from Britain, where he was born and raised and where his parents, Mumtaz Husain Khan and Shamslaqua Begum Khan, had migrated years after fleeing from India to Pakistan during Partition.

My great-grandfather, Abdus Salam Khan, had been a judge active in the All-India Muslim League and, facing political persecution, he sought to protect his daughter by marrying her off at a young age to my grandfather, a Muslim member of the Indian Air Force. They fled to Karachi and later kept moving across continents before finally calling Canada home.

My mother, Celeste Da Silva, meanwhile, came to Toronto at the same young age, leaving her small town of Chao da Parada in Portugal behind as she and my avó, or my grandmother, Maria Saraiva, sought to start a new chapter after my grandfather, Germano Da Silva, died.

Having spent the lion’s share of their savings on his care as he battled illness, they had little money left by the time they landed in Canada, with my mother often having to wake up early before school to go worm-picking with my grandmother at a golf course to help pay the rent.

My family’s story, I had thought, made us unique and yet, in many ways, distinctly “Canadian.”

Canada, after all, was meant to be a “cultural mosaic,” where people from all corners of the world and all walks of life were meant to be celebrated. So what could be more Canadian than a family that celebrated Christmas with a big turkey dinner on Christmas Eve and a smorgasbord of curry dishes on Christmas Day with pasteis de nata and mithai for dessert?

Being ostensibly white myself, however, I was blissfully unaware as a child of just how privileged that belief was. I enjoyed all the benefits of a rich heritage, while enduring little of what others, including my elder sister, Dani Khan Da Silva, who had on multiple occasions been targeted in the playground over the colour of her skin, had to face.

And when the 9/11 terror attacks unfolded, suddenly, that reality began to sink in. In the months after the Twin Towers fell, hate crimes against Muslims in Canada saw a sharp rise, and my father started to worry that his store, which had proudly bore his surname, Khan, for years, might see business affected. Meanwhile, at the predominantly white private school my sister attended, her peers began to brand her a “terrorist.”

“When 9/11 happened, I became acutely aware of the fact that I was different,” my sister, now 34, told me recently.

As the taunts went on, they began to take a devastating toll on my sister and eventually, when they did not stop, she and my mother came up with the idea of changing our last names.

Of course, in such a moment, one might hope that a parent would deliver a message of self-love and acceptance to their child, rather than encouraging them to bend to the pressures of prejudice. However, my mother, a woman who herself had been taunted as a young girl over her Portuguese accent, had already dedicated much of her own life to trying to assimilate into what she believed was Canadian culture.

It was a fixation that both she and my father shared, with the pursuit of being accepted and succeeding as “Canadian” becoming the definitive goal of their marriage. Despite being raised Muslim and Catholic respectively, neither of my parents felt particularly devout and, together, they joined a Christian church in the community. My father opened up his telescope shop with my mother’s help, while she pursued a career as a law clerk, with the pair determined to keep up with “the Joneses” of Toronto. Together, they bought expensive homes in “nice” neighbourhoods, secured access to the “best” schools and shopped at high-end stores, where each purchase added to a growing body of evidence they had “made it” in this country.

And so, the idea of changing our last names from Khan to my mother’s maiden name, Da Silva, felt like yet another small adjustment – one my father, deflated by his own doubts, acquiesced to, particularly after a family therapist assured my parents, who would divorce several years later, that it was the right thing to do.

My sister’s name changed in 2002 and mine followed the next year, allowing me to see the rest of middle school out as Chantal Khan.

At the time, I did not register the full weight of the decision we, as a family, had made. But, in the nearly 20 years since, my name has become a burden that I have found increasingly difficult to carry.

It pains me to know in the years since how deeply the name change cut my father – especially knowing how, growing up, he had already been made to feel that in a country where diversity is touted as the nation’s “strength,” being “different” was an inconvenience to others.

In his first years as a student in Toronto’s education system, he was told by a teacher that his name, “Imtiaz,” was simply too “difficult” to pronounce. Instead, his teacher took to calling him Charles, urging his classmates to do the same. Several years later, he would abandon Imtiaz altogether, choosing to go by “Ray” after a girlfriend started calling him her “Ray of sunshine.”

Imtiaz, a name that means “distinct” and “unique,” melted away as a more palatable identity, one he hoped would be easier for Western society to swallow, began to take shape.

My father told me he wishes he had done more to stop his own children from doing the same thing: “That’s your identity, that’s who you are. Why should you be ashamed or afraid of it?”

One of my aunts put it a bit more bluntly, once telling me years ago that the name change was a “slap in the face” to the Khan side of my family. And as much as that pains me, it also disturbs me to consider what privilege the name change has bought me throughout my life – after all, it takes a great deal of privilege to be able to throw off one’s identity like a shawl they no longer wish to wear in the first place – and it aches to wonder who Chantal Khan might have been.

For years, I have wanted to reincorporate Khan back into my name, but having started a journalism career as Chantal Da Silva and publishing byline after byline under that name, while also feeling reluctant to claim what has not always felt like mine, I have always hesitated.

Of course, as Chantal Da Silva, I have still managed to get comments such as this one under the articles I write: “Part of the problem with Canada is that it has let all the third-worlders like ‘Da Silva’ into a country that was built by British people.” I can only imagine how they would feel if they knew the full story of my name – and it’s in times such as that that I wish they did.

So, here it is. I know that our story will make many people uncomfortable when I share it. I’m used to facing a certain level of scrutiny: “Racism in Canada isn’t that bad.” “Did your family really have to change your names?” “Why would you do that?”

Of course, we didn’t have to and, indeed, I believe we should not have changed our names. Whatever fears our family had, they did not scratch the surface of the realities of racism that so many face each day.

But whether you like it or not, our story is a Canadian story. And as much as Canada might celebrate diversity as its strength, what really matters is how strong – and how safe – those who represent a diverse Canada truly feel in this country.

Earlier this summer, we saw a Muslim family – Salman Afzaal, 46; Madiha Salman, 44; their 15-year-old daughter Yumna and her 74-year-old grandmother, Talat Afzaal – killed while out for an evening stroll, with their 9-year-old son, Fayez, seriously injured in an attack that will haunt him and Canada’s Muslim communities in the years to come.

Meanwhile, Indigenous communities continue to uncover the remains of hundreds of children whose lives were lost to the colonialism and racism that persist today, consistent, yet ever adapting. Canada has seen a rise in anti-Asian hate crimes in the midst of the coronavirus pandemic and “Black Lives Matter” continues to ring out in Canadian streets – a reminder that the message has yet to hit home. 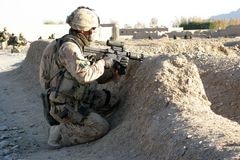 9/11 families tell Joe Biden to skip memorial if he does not declassify files
August 6, 2021 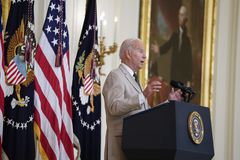 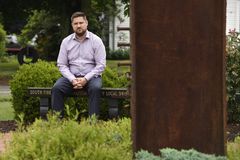