Since Justin Trudeau’s Liberal Party was elected to government in 2015, the Prime Minister has approved two major pipeline projects, expressed enthusiastic support for another one, invested $275-million in a major LNG project and made the completion of the Trans Mountain pipeline expansion one of its most high-profile promises.

And yet, to hear many Albertans talk about him, Mr. Trudeau remains the oil and gas industry’s greatest enemy and the biggest threat to its future.

Now, with the fate of a major new oil sands mine on his desk, he gets to make one of the most consequential decisions of his political career. His choices: block the proposed Teck Frontier oil sands mine and light the fuse on the Western separation movement or approve it and face the growing scrutiny of the global climate change community (not to mention the opprobrium of one particular Swedish teenager). Nobody ever said politics was going to be easy – even for the son of a former prime minister.

But ironically it’s Jason Kenney, Mr. Trudeau’s most persistent and powerful critic, who might have unwittingly come to his rescue here. The Alberta Premier isn’t doing it on purpose, of course, but in his enthusiastic campaigning for the $20.6-billion project – which would produce 260,000 barrels of oil per day once it is at full capacity – Mr. Kenney may have inadvertently given the federal government an out. That’s because on at least two occasions, he has argued that Teck Frontier’s oil would have half the greenhouse-gas intensity of the average North American barrel, even though the reality is that Teck’s reported GHG intensity (38.4 kilograms of carbon dioxide equivalent per barrel) would be half the average for the oil sands and lower than approximately half the oil currently refined in the United States; given that the average refined barrel in the U.S. has a GHG intensity somewhere in the high 30s (39, as of 2014) half that figure is nowhere near Teck Frontier’s projected emissions.

In fairness to Mr. Kenney, he’s not the only one to make this mistake. According to Reuters, Teck CEO Don Lindsay made the same error when speaking to an audience at a recent CIBC investor conference in Banff. “The carbon emissions are half the industry average in North America per barrel,” he said. “This would actually displace dirty oil.” Even Amarjeet Sohi, the former federal minister of natural resources, made a similar error in an Edmonton Journal op-ed expressing his support for the project.

But this is a gift for Mr. Sohi’s former boss – one the Prime Minister ought to unwrap as fast as he can. By approving the project on the basis of Mr. Kenney’s assertions, and leaving it to the company to figure out how it might meet the Premier’s unexpectedly ambitious GHG intensity mark, he can turn a lose-lose situation into a win.

Even better, Teck might just be able to do it. It recently committed to carbon neutrality for its operations by 2050, joining other major energy companies such as Equinor and Repsol in the push to drive down emissions.

But the most imposing obstacle it faces is also the simplest: money. Even with recent improvements in efficiency, oil sands projects still need a fairly high average price per barrel to break even. In 2018, an IHS Markit report said an oil sands miner without an upgrader required a West Texas Intermediate price of US$65 per barrel to break even. Prices haven’t traded above that level for more than a few months over the past four years. Oil sands projects also take a very long time to earn their initial investment back – something that’s particularly nerve-wracking for investors looking out into a future of growing climate action and potentially declining demand for oil.

That helps explain why there are already as many as 20 oil sands projects that have the necessary approvals to proceed with construction but remain stuck conspicuously in neutral. Teck cannot be blind to this reality, either. It’s a minority partner in Suncor’s Fort Hills project, and based on the financial results it reported last week, that investment is already in trouble. Suncor, which owns 54.1 per cent of the project, wrote down its value by $2.8-billion due to lower projected oil prices; as such, Teck’s 21.3-per-cent stake is worth approximately $1.25-billion less – more than 10 per cent of the company’s total market capitalization. Based on those results, it’s hard to imagine it will have much interest in doubling down on its bet on the oil sands – or any luck finding a partner willing to back its play.

That’s why the Prime Minister should approve the mine. By giving it the green light and linking the decision to Mr. Kenney’s promises about the project’s environmental performance, he can claim to be a champion of both the environment and the economy. He can let the invisible hand of the market put its signature on the project’s death certificate – and dump a much-needed bucket of water onto the smouldering embers of a national unity crisis while he’s at it. 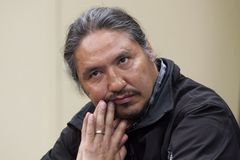 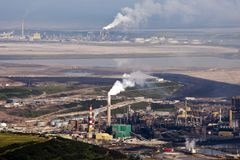 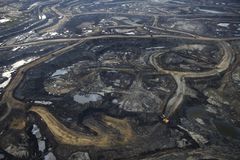