On the second day of the new year, China’s President Xi Jinping delivered a speech in which he called for the fulfillment of the “historic task” of reunifying Taiwan and the mainland – by force, if necessary. Days later, Taiwan’s President Tsai Ing-wen appealed to the international community for help.

The situation is dire. In mid-January, the Pentagon released a report in which the “most concerning” conclusion, according to a senior defense intelligence official, was that Beijing might soon trust its military capabilities enough to invade Taiwan.

Taiwan’s friends in the United States have proposed that Ms. Tsai be invited to address a joint meeting of the U.S. Congress, a stunningly provocative move from Beijing’s perspective. It’d be an odd one, too, since the United States doesn’t recognize her government.

Ms. Tsai has been trying to strengthen U.S. ties since Donald Trump’s election, and even sparked an international incident by telephoning to congratulate him on winning the presidency. For her efforts, Mr. Trump has talked about Taiwan as a chip in China negotiations. Understandably, Ms. Tsai is cultivating other friends as well, but while they are numerous, one in particular stands out: Japan.

In late 2015, then-candidate Ms. Tsai met key officials in Tokyo. One thing she lobbied for was for Taiwan’s membership in the Trans-Pacific Partnership trade accord, which wound up being scuppered by the United States’ withdrawal. On Jan. 18, 2016 – two days after her electoral triumph – Japan’s chief cabinet secretary Yoshihide Suga indicated that they would support Taiwan’s entry.

Prime Minister Shinzo Abe and Foreign Minister Fumio Kishida, too, congratulated Ms. Tsai after her victory, calling Taiwan “an important partner and a precious friend” with whom they shared basic values. But they were careful to say that any deepening of co-operation would be “based on the existing position to maintain Japan-Taiwan relations as working relationship on a non-governmental level.”

The two sides worked to take their relationship to the next stage. In October, 2016, they held a maritime co-operation dialogue and, a year later, they signed a memorandum of understanding on maritime search-and-rescue operations. Then, in January, 2017, Japan changed the name of its representative office in Taipei from the vague Interchange Association to the Japan-Taiwan Exchange Association; months later, Taiwan followed suit by changing the name of its unofficial embassy in Japan from the unwieldy Association of East Asian Relations to the Taiwan-Japan Relations Association.

This was a notable development. The old names were adopted in 1972 when Japan established relations with China precisely because they did not contain the word “Taiwan” to please Beijing. The new names acknowledge Taiwan’s existence and suggest equality between it and Japan. Beijing did not take kindly to the move.

From Tokyo’s standpoint, its evolving partnership with Taipei is one of many that it’s trying to forge in the face of challenges posed by China. Japan has been working to build stronger rapport with Australia, India, the Philippines and Vietnam; likewise, Taiwan is pushing back on Chinese pressure by strengthening ties with many of the same countries. Relations between China and Japan have been in a deep-freeze, too, over a territorial dispute over the uninhabited Diaoyu Islands, or the Senkakus, in Japan.

But in 2017, Mr. Abe proposed a thaw by holding regular summit meetings. He also announced that Japan would join China’s Belt and Road Initiative.

Mr. Abe’s diplomatic dance seems to be working. Premier Li Keqiang visited Japan last May and Mr. Abe paid an official visit to China in October. In Beijing, Mr. Abe said that the bilateral relationship was shifting “from competition to co-operation.” China and Japan agreed that each should see the other as a partner, not a threat.

However, all the old issues remain unresolved. It will take political will on both sides to set their differences aside. The question now is how Japan’s improved relationship with China will affect its developing bonds with Taiwan.

Only time will tell. Japan cannot ignore the reality of China’s rapidly rising military and its huge economy, but Tokyo will also need to keep this neighbour in check. How Japan responds to Taiwan’s formal request to join the revised TPP will be one straw in the wind: Despite the political sensitivity, Japan announced last week that it would welcome the bid.

Abe refuses to comment on Trump’s claim he nominated him for Nobel Peace Prize
February 18, 2019 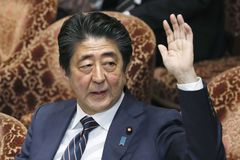 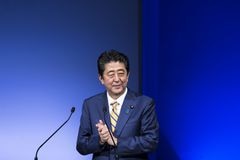 Japan’s stocks are a bargain but there are few takers
Subscriber content
December 28, 2018 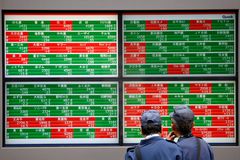