Premier François Legault and his Coalition Avenir Québec continue to rule almost unchallenged as the opposition Liberals and Parti Québécois toil in obscurity and the far-left Québec Solidaire remains confined to the fringes.

Mr. Legault is the most domineering Quebec premier in decades, with a cabinet made up of mostly neophyte ministers who most voters would be unable to pick out of a crowd. The Premier holds all the cards in his government. Among his base of francophone nationalist voters, Mr. Legault holds unrivalled sway. When he talks, they listen.

In short, Mr. Legault has political capital to burn. The onset of a second wave of the COVID-19 pandemic and his government’s failure to prevent COVID-19 from re-entering long-term care homes could erode the Premier’s popularity in the weeks to come. But with no opposition to speak of, his grip on power is not threatened.

You might think this would free Mr. Legault to take political risks in the name of moving his province forward. He might, for instance, undertake gestures of reconciliation toward Quebec’s Indigenous communities and implement reforms to address the pervasive discrimination they face. Yet, he has shown himself incapable of rising to the occasion.

The revolting treatment of a 37-year-old Atikamekw woman at a hospital in Joliette, Que., which she captured on video shortly before her death on Monday, should have persuaded Mr. Legault once and for all of the urgency of addressing the systemic racism Indigenous Quebeckers face in accessing public services in the province.

Instead, the Premier again denied the very existence of systemic racism in Quebec.

“She was fired,” Mr. Legault said of one of the two hospital workers who were heard berating Joyce Echaquan in cruel and vulgar terms. “Now, to say that all nurses and the whole health care system would have acted that way, everyone would say no.”

Anywhere else in Canada, such a response would be seen as tone deaf. But in Quebec, sadly, reactions such as Mr. Legault’s are common. Time after time, complaints of discrimination faced by minorities in the province are routinely dismissed by officials as isolated cases rather than evidence of a systemic problem.

Former Liberal premier Philippe Couillard, to his credit, did order an inquiry into abuse charges levelled against members of the police forces in the Abitibi region, who were accused of targeting Indigenous women over a period of several years. The inquiry, led by retired judge Jacques Viens, tabled its final report a year ago this week. It included an entire chapter on systemic racism in Quebec’s health care system.

“In light of the testimony from many citizen witnesses, it is clear that prejudice toward Indigenous peoples remains widespread in the interaction between caregivers and patients,” the report said. “According to doctor Samir Shaheen-Hussain, an emergency room pediatrician and professor at McGill University’s faculty of medicine, the situation is such that the patients brace themselves and devise strategies to ‘decide how to deal with the racism […] they will encounter when they walk into an emergency room.’”

The video Ms. Echaquan streamed on Facebook, in which she pleaded to be rescued from the very nurses charged with ensuring her care, only confirmed the Viens report’s findings. Indigenous Quebeckers must overcome a host of prejudices held by health care workers regarding everything from their presumed substance abuse and alcoholism to their lifestyles and – most cruelly – intelligence levels.

Indigenous witnesses told the inquiry that their concerns about non-Indigenous medicine were routinely ignored by nurses and doctors. Many expressed fear of being forced to take drugs they did not want or seeing their babies ripped from their arms after birth. Mr. Viens recommended enshrining “cultural safeguards” that recognize Indigenous concepts of well-being in order to build trust between Indigenous patients and health care professionals.

On the first anniversary of the Viens report this week, Quebec’s minister responsible for Indigenous affairs, Sylvie D’Amours, issued a press release saying she would have liked to have moved more quickly to implement its recommendations, but that the pandemic “had upended our plans.” It was a convenient excuse for a year of inaction. Coming on the day after Ms. Echaquan’s death, it was beyond the pale.

We do not know whether Ms. Echaquan’s death was avoidable. But we do know that she did not deserve to die the way she did, berated by a health care worker for the “bad choices” she was accused of having made in life. She deserved to be treated with the same degree of professionalism and sensitivity any non-Indigenous person would receive. Mr. Legault’s shameful response to her death only compounds her tragedy. 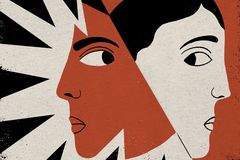 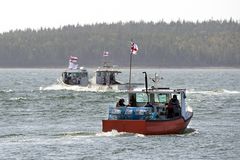 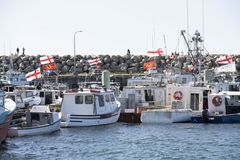