“In this fall economic statement,” the Finance Minister boasted to Parliament in the speech that accompanied it, “we are being transparent about the continuing uncertainty.”

That much is true. Alas, there the transparency ends. This is less an economic statement than a promissory note, written in pencil. All sorts of things are hinted at, foretold, pledged or assured, but almost all of it is pushed off into the future – including a decent guess as to how much any of it is going to cost. Nothing is certain, not even the uncertainty. Everything is vague, especially the clear bits.

How much, to pick an example entirely at random, is the federal deficit for the current fiscal year? Well, now, let me see. It’s probably at least $381.6-billion, what with spending having rocketed to $621.4-billion or perhaps $637-billion, depending on whether you include changes in the estimated future costs of the benefits the government provides its employees, which for some reason the government is now declining to do.

Mind you, the deficit could easily hit $388.8-billion, or even $398.7-billion, depending on how bad the pandemic gets, and how tightly we have to lock down in response: The statement lists a couple of “alternative” scenarios.

Which is fair enough, except it’s pretty clear things are about to get plenty bad. The Institute for Health Metrics and Evaluation at the University of Washington projects the number of new infections in Canada each day will nearly triple between now and the first week of January, surpassing the U.S. in per-capita terms some time in mid-December. The death rate, meanwhile, is projected to more than quadruple.

But never fear. Some time after the pandemic is passed, the government plans on spending a great deal more on economic “stimulus” programs. How much more? Well, now, let me see. It could be $70-billion, it could be $100-billion – which the statement pretends is “3 to 4 per cent of GDP,” which it would be if it were spent in a single year. But as in fact it is to be spent over three years, it isn’t.

What will that make the deficit for the next fiscal year, then? Well, we know it won’t be the figure listed in the statement: $121.2-billion, or even the $136.7-billion it would hit if/when the pandemic worsens. Rather, it will be somewhere between $157-billion and $167-billion. Although, you know, a lot could happen between now and then.

Forecasts for subsequent years are even woollier, but suffice it to say the debt will be considerably larger, three years from now, than the government says it will be: about $1.4-trillion, give or take $100-billion, or roughly twice what it was last year.

About last year: the last time the government presented a budget, nearly two years ago, it projected the deficit for that year at just under $20-billion. The actual figure, as of this statement: $39.4-billion. $20-billion over budget. Before the pandemic. Once upon a time that was real money.

So they weren’t all that prudent going into the crisis, despite the statement’s constant boasts about the “strong fiscal position” we were in. Neither was the previous government’s record a warning of the perils of “premature withdrawal” of spending. Again: The economy grew one-third faster (2.7 per cent annually, after inflation, versus 2.0 per cent) in 2010-14, when the Tories were ramping program spending down from more than 15 per cent of GDP to less than 13 per cent, than it did in 2015-19, when the Liberals were ramping it back up above 15 per cent.

After that – but only after that – some sort of “fiscal guardrails” are supposed to kick in. What sort of guardrails? Well, now, let me see. “The timeline for the recovery should not be locked into a rigid pre-determined calendar.” Instead, “the government will track progress against several related indicators,” including “the employment rate, total hours worked and the level of unemployment.” Okay. And what sort of progress against the indicators would translate into how much restraint in spending?

They’ll let you know. They’ll be “working with Canadians and consulting broadly.” They’re transparent about the uncertainty. 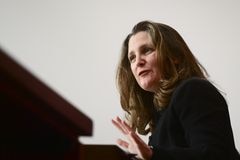 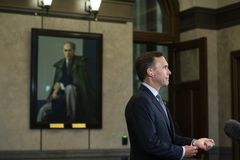