David Beatty is an emeritus professor at the University of Toronto faculty of law.

In the 2015 federal election, Justin Trudeau promised to change Canada’s election law. It would be the last time, he said, that votes would be counted according to a system known as “first past the post.”

The system divides a country into geographic constituencies, assigns a seat in the legislature to each, and awards them to the candidates who get the most (but not necessarily a majority of) votes in each riding. It is primarily used in countries that are, or were, connected with Britain.

In 2017, Mr. Trudeau announced he had decided not to keep his promise. As a result, the election in 2019 was fought on the same rules that made him Prime Minister in 2015.

It turned out to be a brilliant decision. By breaking his promise, the Liberals were able to retain power even though they lost the popular vote.

Two weeks prior to the 2019 election, non-profit group Fair Voting British Columbia decided to hold Mr. Trudeau to his promise.

It filed a case in the Ontario Superior Court of Justice asserting that his decision to retain first past the post was illegal. The organization said the system violated the right to vote that is guaranteed in the Charter of Rights.

Although it has not attracted a lot of attention in the press, Fair Voting British Columbia’s challenge to the Canada Election Act should be big news. Its chances of winning are very good.

It turns out that first past the post treats voters very unfairly. You only have to look at the 2019 election to see how perverse the system is.

Mr. Trudeau was only able to hang on to power because the Liberals won 36 more seats in Parliament than the Conservatives, even though they received 200,000 fewer votes.

Because of the way the Canada Elections Act counts votes, Liberal voters were able to claim a seat in the House of Commons for every 38,000 votes they cast. By comparison, it took 125,000 votes for the NDP and more than 300,000 votes for the Greens to elect one of their own.

The Supreme Court of Canada has already signalled that such huge discrepancies in voting power are not compatible with the Charter.

In an earlier case, it ruled that Canada’s election laws must ensure every Canadian “equal and effective representation.” According to the court, voting systems “that dilute one citizen’s vote unduly as compared with another citizen’s vote run the risk of providing inadequate representation to the citizen whose vote is diluted.”

The distortion in the representation of voters who opposed Mr. Trudeau in 2019 defies the most basic principle of majority rule. Mr. Trudeau is still in power only because Liberal votes carried more weight than those cast by supporters of the other parties.

Environmentalists in Canada have less influence shaping federal policy than they do in countries that use other vote-counting system because of the way our election laws devalue their votes.

If votes for the Greens had counted the same as Liberal ballots, they would have 30 seats in the House of Commons instead of three. Social democrats (NDP) would have 75 instead of 24.

Fair Voting British Columbia’s case is a classic example of how Charter challenges can make government more democratic. It is a powerful way of making sure politicians do their jobs.

Striking down the voting system used by the Canada Elections Act will force Mr. Trudeau or another prime minister to consider other systems, such as proportional representation or single transferable vote, which are widely used in other countries and are much less discriminatory.

The case will begin sometime this fall or early next year.

If it moves through the courts at the usual pace, it will be another four to five years before we have a final answer. Even assuming it succeeds, it will come at a cost of several million dollars and the likelihood of Mr. Trudeau being able to profit from his broken promise yet again.

This case need not take so long or come at such a steep price.

There is an alternative procedure available to Mr. Trudeau that allows the government to refer questions, such as the constitutionality of the Canada Elections Act, directly to the Supreme Court of Canada.

Fast-tracking the case to the Supreme Court would allow Mr. Trudeau to redeem his promise. It would mean Canadians would never have to vote in a rigged election again.

When Parliament reconvenes on Sept. 23, the opposition parties should insist it is the first order of business.

Opinion
Canadians are not as free as we’d like to believe we are
June 19, 2020 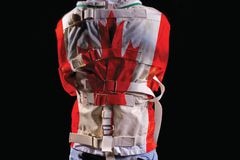 Opinion
We are giving up our freedoms in the fight against COVID-19. The question is will we get them back?
April 25, 2020 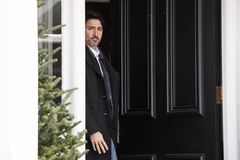 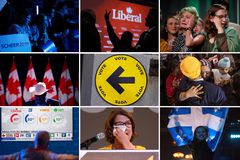