For Berlin actor Idil Nuna Baydar, the past year has been a sequence of escalating shocks, at first private and horrific, which in recent weeks have been shared with millions of other Germans.

The first shock came last year, when she received a series of detailed death threats via private contact information known only to family members. The first was signed “SS Ostubaf,” a Nazi-era paramilitary rank. Other threats were signed “NSU 2.0,” a reference to the National Socialist Underground, a far-right terrorist cell that murdered at least 10 people across Germany between 2000 and 2011.

The threats became more specific, containing information (such as the name of Ms. Baydar’s mother) that was not known to the public. Dozens of other Germans, including lawyers and politicians, received threats from the same source, typically saying they would be killed because of their ethnicity or support for immigration. Ms. Baydar filed a police complaint; the investigation was dropped, without charges, at the end of 2019.

The second shock came when she learned this year that the threats had come from within the police. Her personal information had been obtained from an unauthorized query made on a computer database within a police station in Hesse, the western German state that includes Frankfurt. A newspaper later confirmed that the queries had been made by police officials.

Newspapers, and then public investigators, gradually found out that the “NSU 2.0” group is linked to a national chat network in which members exchanged messages of racial intolerance, extreme-right and neo-Nazi allegiance and sometimes threats of violence. Members of the group allegedly include active German police and military officials.

Some members of the group are allegedly also members of other known extremist groups, including one calling itself the Ku Klux Klan, the outlawed neo-Nazi group Combat 18, and a “prepper” group known as Northern Cross, which believes that there will soon be a complete societal breakdown, perhaps triggered by the group’s actions, and plans to implement something resembling the Third Reich in its aftermath.

Police and government officials until recently played down the incidents and organizational affiliations, claiming that no known far-right networks existed within the police and military.

Over the spring, this argument began to fall apart as investigations revealed just how extensive, and deeply infiltrated into German state institutions, these networks are. On June 14, the Hesse chief of police, Udo Munch, resigned over this.

The final shock for Ms. Baydar came during the past few weeks, when she, along with the rest of Germany, learned that these extremist networks were not just exchanging bigoted memes and making idle threats.

On July 1, German Defence Minister Annegret Kramp-Karrenbauer announced she would disband one of the companies of Germany’s most elite special-forces unit, the KSK, and forbid the entire unit from participating in any military operations, because it had become so infested with active neo-Nazis.

The military counterintelligence service revealed that at least 600 soldiers are being investigated for extreme-right activities, and that the chat network that united extremist groups had been set up within the KSK.

It emerged that 62 kilograms of explosives and 48,000 rounds of ammunition had disappeared from the KSK, allegedly taken by extreme-right groups. Other military officers were found to be storing huge caches of weapons and ammunition along with Hitler memorabilia.

The “prepper” group Northern Cross, previously seen as extreme but nutty, was said to have amassed tens of thousands of rounds of ammunition, built fortresses and training camps, and had drawn up lists of “enemies” to be executed on “Day X,” or the day of Germany’s societal breakdown; last week it emerged that they had purchased body bags and quicklime for this task.

Germans are now asking the question that has long alarmed Ms. Baydar and other targets: How, in a country where even the slightest hint of Nazi-era racial politics is highly illegal and unconstitutional, were they permitted to thrive for so long, when they did very little to conceal themselves?

It seems that it’s because their language and messages had become so commonplace and mainstream. The notion that people of other ethnic or religious groups are “invaders,” once an unmistakable signal of illegal extremism because it was the animating idea behind Hitler’s rise, is now uttered by members of a legal political party, the AfD, and is heard in mainstream right-wing media.

It has international sanction, too: The man chosen by Donald Trump to be the U.S. ambassador to Germany, Douglas Macgregor, has described religious-minority Europeans as “invaders” in language similar to that heard on the chat network.

It’s a situation Germany has seen before: a violent cancer went unnoticed within the state because its messages had become so numbingly familiar. What we need to be on guard for, in every country, is not just the threat of intolerance, but also the sense of numbness and indifference that allows it to thrive. 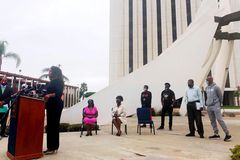 Montreal Auschwitz survivor to be honoured for bearing witness to the Roma genocide
August 1, 2020 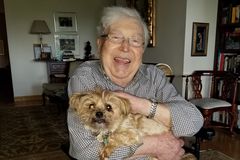 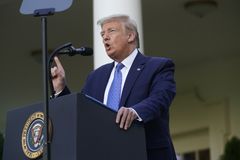 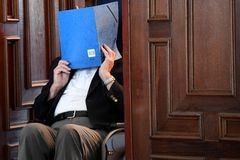