Sean B. Rourke is a psychiatry professor at the University of Toronto. Bill Flanagan is dean and law professor at Queen’s University. They are both board members with the Canadian Foundation for AIDS Research (CANFAR).

In 2016, new cases of HIV in London decreased by 23 per cent, and across the U.K. by 18 per cent. During that same period in Canada, new infections of HIV increased by 12 per cent – with one new infection every four hours.

Of the more than 63,000 Canadians living with HIV, about 9,000 of them are undiagnosed and unaware that they are infected. Another 14,000, although diagnosed with HIV, are not benefiting from effective treatment. In total, more than 23,000 Canadians are falling through the cracks in our response to HIV.

We know that people on effective treatment who maintain an undetectable level of virus in their blood cannot sexually transmit HIV. Following on the example set by Britain, to end the HIV epidemic in Canada, we urgently need to reach the undiagnosed and link them to care. We also need to ensure that everyone living with HIV has access to effective treatment. If we can reach these 23,000 Canadians and link them to care, we can end new HIV infections in Canada. It’s that simple, if we only seize the opportunity.

With this goal in mind, countries around the world have launched new, highly targeted initiatives to end HIV, including the United Nations strategy to end AIDS by 2030. Although Canada has purported to endorse these strategies, we continue to lag far behind others in bending the curve of new infections.

We are falling behind for at least three reasons. There is a critical shortage of testing options available in Canada to reach those who are undiagnosed. There is uneven coverage and access to anti-retroviral medications for prevention and treatment of HIV. Finally, unlike other countries, Canada lacks political commitment to implement the necessary scale-up and access to testing and medications.

Most HIV testing done in Canada requires an appointment with a doctor. Getting test results can take weeks. This can be a major barrier for many people and has the effect of actively discouraging regular testing of those at risk. We urgently need more accessible testing options in Canada.

Point-of-care (POC) testing can provide rapid results for HIV within minutes. This diagnostic testing can occur at or near the time and place of regular patient care – at a clinic, the doctor’s office or a community health centre. Studies have shown that POC can reach the people who need it the most, and quicker health decisions can be made, including getting people connected to care and on treatment faster.

There is only one POC product approved for use in Canada, manufactured by bioLytical Laboratories in Richmond, B.C. Approved in 2005, POC testing has not increased appreciably since then, representing less than 5 per cent of all HIV testing in Canada. POC is still not available in any of the Northern territories or any of the four Atlantic provinces. By contrast, in the United States, where multiple POC HIV tests are available, they represent more than 50 per cent to 60 per cent of all HIV testing.

We know that more POC testing can significantly enhance efforts to reach the undiagnosed and link them to care. To end the epidemic, we need to massively increase access to POC in Canada.

Home testing, still unavailable anywhere in Canada, is another important option to enhance access to testing. In the United States, Britain, France and most recently Germany, anyone can walk into a pharmacy and purchase an HIV home testing kit. It’s as simple as purchasing a home pregnancy test, and it has been demonstrated to be an important part of reaching the undiagnosed.

So why has Canada been so slow to offer these more accessible testing options? There has been an alarming lack of leadership from provincial health ministries to identify a need for these options and to make them available. Efforts by the HIV community to advocate for enhanced access have not been successful. There remains some unnecessary regulatory and policy barriers. Canada has also failed to develop the necessary incentives for the companies who make these tests to invest in making these options available in Canada.

Enhanced access to testing is only one piece of the puzzle. We need much greater access to medications that can prevent HIV infection. Pre-exposure prophylaxis, or PrEP, is a proven way for people who do not have HIV but who are at substantial risk of getting it to prevent HIV infection by taking one pill every day (or for a few days around the time of high exposure). Prescribing PrEP has led to a 25-per-cent reduction in HIV diagnoses among men who have sex with men in Australia, and a 32-per-cent reduction in London.

In Canada, access to PrEP is still limited to a few major urban centres, including Montreal, Ottawa, Toronto and Vancouver. We know that PrEP works and is cost-effective, but there is no co-ordinated plan in any of the provinces to make it available to everyone who needs it. By contrast, in New York State, all at-risk residents are prescribed PrEP as appropriate, regardless of their financial or citizenship status.

With enhanced access to testing and better treatment options for those living with HIV, we can reach the more than 23,000 Canadians now falling through the cracks. We need political leadership at both the federal and provincial levels to increase HIV testing options in Canada. We must also ensure wide and free access to medications for the prevention and treatment of HIV.

We have all the tools we need to end the HIV epidemic in Canada. Other jurisdictions are doing it. We only need the will to make it happen here. 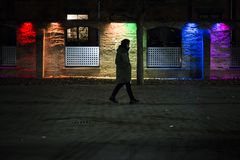 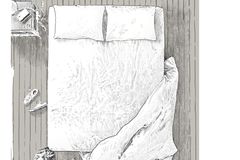