Charles Burton is associate professor of political science at Brock University, senior fellow at the Macdonald-Laurier Institute’s Centre for Advancing Canada’s Interests Abroad, and former counsellor at the Canadian embassy in Beijing

Donald Trump met with China’s supreme leader Xi Jinping for 80 minutes at the G20 summit in Osaka on Friday. For Canada, the meeting wasn’t good – but it was for China.

While China’s long-term preparations for its new cold war confrontation with the U.S. continue apace, Mr. Trump’s infatuation of autocratic dictators – of which Mr. Xi is primus inter pares – shows no signs of abating. At the press conference following their meeting, Mr. Trump told a Chinese reporter that Mr. Xi is “a brilliant leader. He’s a brilliant man. You know better than I, he is probably considered to be one of the great leaders of 200 years in China.”

There was no mention of Mr. Xi’s leadership over Chinese Communist Party policies which have incarcerated 3 million Uyghurs (the figure used by the U.S. State Department) under harsh conditions in cultural genocide camps. Mr. Trump indicated that Hong Kong also didn’t come up.

In their meeting, Mr. Xi made shrewd inroads, deferring new tariffs on US$300 billion worth of exports to the U.S. with the usual promises of “dialogue,” vague commitments to co-operate on the threats of Iran and North Korea, and talk of large purchases of U.S. agricultural and other goods.

Mr. Trump, meanwhile, was agreeing to reconsider security restrictions on Chinese researchers entering the U.S., and to end the current ban on American company sales to Huawei.

Mr. Xi made no concessions on nontariff barriers to access to the Chinese market, or on espionage – including covert, coercive or corrupt purloining of U.S. technologies to serve China’s larger interests. So, China’s plan to control global telecommunications through Huawei will continue unaffected.

For all this, Mr. Trump called the outcome “better than expected.” It makes you wonder what he expected.

Canada certainly seems no closer to getting Michael Kovrig and Michael Spavor out of the hell of Chinese custody. Apparently this matter and Huawei CFO Meng Wanzhou’s arrest were not even raised, so any moral appeal that Prime Minister Justin Trudeau may have tried on Mr. Trump in Washington last month was for naught.

Here at home, the Conservatives promise a reset on China policy if they win the fall election, but what about the Liberals doing a rethink on it right now? Canadian foreign policy should not be reduced to partisan political football. We evidently got it very wrong on China before, so let’s get it right in Canada’s national interest now. The time for giving in to our naiveté and greed is now long past.

As to the larger question of China’s hegemonic global ambitions, U.S. farmers will be delighted about getting their China market back, thanks to Mr. Xi and Mr. Trump’s Osaka discussions. But this is simply China’s transitory ploy to buy time, as it continues to consolidate its global rise to power, in a zero-sum game with the U.S. Beware of letting one matter smokescreen the other.

Toward the end of his news conference, Mr. Trump told a Chinese reporter that China and the U.S. could become “strategic partners who can help each other if the right deal is structured. We can be great for each other. If China opens up it would be tremendous. It is the largest market in the world. Right now China is not open to the United States, but we are open to China. That should have never been allowed to happen.”

Unexpectedly, or perhaps remarkably, Donald Trump made a lot of sense for once. Let’s hope he continues to tweet this rational reading of China over the rest of his presidency. 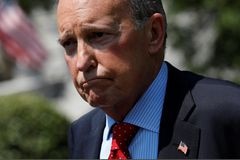 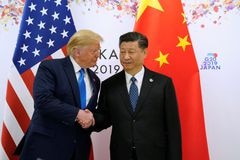 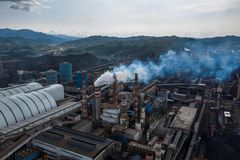