In 1955, the records of the 1901 census, which I search for evidence of my birth family, were microfilmed. After their conversion, all of the paper records of the census were destroyed. The microfilmed copies have since been scanned and put online.

Unfortunately, as Library and Archives Canada concedes, the microfilming of the records was “not of consistent quality and not all images are readable.” Images of the pages of census documents are often poor – column titles are so out of focus that the words must be guessed at. The handwritten entries are difficult to read because of the grainy microfilm and idiosyncrasies of handwriting. Some doubt has been expressed about their accuracy. There are examples where census takers have ascribed all people a particular locale or racial origin even when the facts are suspected to be different.

While illegibility and inaccuracy are lamentable, a less tangible loss is also at play. A lingering emotional attachment to the idea of the originals – a sadness for their goneness and irretrievability. Much like the past, the relatives and family members I seek in the faulty records cannot be retrieved – only a fuzzy likeness, if I’m lucky.

Still, the 1901 census is a useful tool for tracking down family genealogy because it was one of the first to include much of Saskatchewan. The records provide a snapshot of a moment in time: names, ages, where families lived and lists of all individuals within the household. Perhaps because my birth family has been such a mystery to me, and many of my searches and inquiries filled with disappointments, I am conditioned to approach the 1901 census with a certain degree of doubt, convinced I will once again be let down.

Instead of disappointment though, I find my family – some names for the first time – across a two-page spread of a census ledger, the title “POPULATION BY NAMES (at 12 o’clock Midnight of March 31st, 1901.)” printed across the top of the pages. Here: Osowaskoopeasis and Eskowimin – my great-great-grandparents. Where I expected to find nothing – another frustrating dead end – I’ve instead found a concrete link to my past: names I never knew before.

Osowaskoopeasis is listed as the “Head” of the household, his “Age at Last Birthday,” 40. Penciled into two separate columns, “Race or Tribal Origin,” and “Mother Tongue (if spoken),” the words: Cree, Cree, like an echo. The census recorder’s handwriting places a strong flourish on the capital letters of all words. The capital C in Cree contains a large loop at the top and a smaller loop at the bottom. The P in Pagan (under the “Religion” column) contains an oval swoop on the straight line of the letter.

The handwriting and the quality of the scan make Eskowimin’s name harder to decipher. I believe I have it correct, or at least spelled the way the census taker intended, but the capital E followed by the s and the k are all three a little suspect, as is the w in the middle of the name. In my notebook, the first time I transcribed the name, I wrote the w as so, making the name Eskosoimin, but later I rejected this spelling in favour of the w : Eskowimin. Still, there is some uncertainty. Eskowimin is listed as Osowaskoopeasis’s 50-year-old wife, also Cree. Cree-Cree-Cree; echo-echo-echo.

Finally, my old Nicâpân, my great-grandfather, is listed instead as the 19-year-old son of Osowaskoopeasis and Eskowimin. The census document bears a horizontal line for Nicâpân, indicating nothing to report, in each column after his name: “Months at School,” “Can Read,” “Can Write,” “Speaks in English” and “Speaks in French.” A blank for each question. But I know these census boxes tell an incomplete story, measuring only the things important to colonial thinking. All three in this little family, under the column “Colour,” are marked as Red, with a flourish – large circles and curlicues on the R.

I imagine alternate census columns: “Can read the land and the sky” – askiy and kisik. “Can write his way across generations and time to appear in my dreams,” the sturdy old mosôm I know from photographs – my father’s moshum, Nicâpân.

They spent a lot of time together, my father, Eddy, and his mosôm – Eddy being shipped by Greyhound bus to his grandparents each summer, a string around his neck with a cardboard sign that read his destination, a reminder to the Greyhound driver to tell Eddy where to get off the bus; the bus to be met by his grandparents. In another column I imagine an embellished handwritten “yes” to answer the missing question, “Speaks in Cree” – one of several languages Indigenous to the land, unlike English and French.

Here they are, these ancestors, waiting for me – they’ve left their mark – a reverberation across time, whether they meant to or not.

I do the math and see that Nicâpân would not be born for another eight years after Treaty 4 was signed at the Qu’Appelle Lakes in 1874. His father, Osowaskoopeasis, born in 1861, a child of 13 at the time of treaty. Osowaskoopeasis witnessed the changes from being a part of a band of Cree, Saulteaux, Métis and Halfbreed Magpies following their leader, Kâ-nêwonâskatêw, from the Touchwood Hills to the long lake, negotiating treaty, and finally settling on reserve land. Missionaries and churches; baptisms and English names for new babies; hard buildings and the looming residential school at the top of the hill, just some of the changes in his lifetime.

The moment-in-time feeling of my ancestors’ names being captured, the visible transition from Cree names for Nicâpân’s parents to an English first and last name for him, are tangible echoes of colonialism’s impact. Those born before treaty had clear strong Cree names. Those born after are known by English names, influenced by state and church, labelled, recorded and ordered.

By all accounts I’m aware of, Nicâpân never went to residential school – somehow, he managed to avoid it. I have only one photograph of him: He is an “old” man, likely in his 60s, with a full head of mostly grey hair and an open face with kind eyes. His hands rest on his thighs and I examine them, every detail; I can’t help but look for resemblances between us.

I ask an online forum of Cree speakers if they recognize my great-great-grandfather’s name, Osowaskoopeasis, and am rewarded with several suggestions of variations on yellow (sky/cloud/thunder) bird and am offered the spelling osâwaskopiyesîs and another definition: yellow warbler. For now, when I refer to my great-great-grandfather in English, I will refer to him as Yellow Bird and think of him occupying the space between land and sky – askiy and kisik – passing down the storied air under his wings, surrounded by sun and moon, himself a small sun in the sky, joyous.

I now have two birds to draw upon for images and impressions of the family I come from: a band of apisci kakakes – Magpies – as my father’s people were known, and a family of yellow birds. One shining in the sky like a little sun and the other, with their blue-green iridescent wings catching the light, swooping in the air, showing off like only Magpies can do. 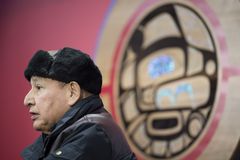 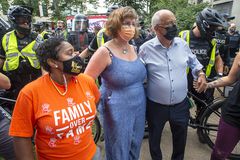 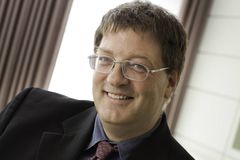