Samra Zafar is an international speaker, human-rights activist, scholar and social entrepreneur. She runs Brave Beginnings, a non-profit organization she founded to support abuse survivors. She is the author of A Good Wife: Escaping the Life I Never Chose, along with Meg Masters, who co-wrote this article.

I thought I had gotten out in time.

When I finally escaped my unhappy marriage, my daughters were 9 and 4. My husband had become abusive before my eldest was even born, yet it had taken me that long to extricate myself from the emotional and psychological web that kept me trapped – and to overcome the feeling I would be damaging my children by pulling them from their two-parent home. I had come to understand, however, that while my children were not on the receiving end of the blows and the verbal barbs, they could be affected by what they saw happening to me. Indeed, fear that they might think partner abuse was “normal,” that they might end up in their own abusive relationships, ultimately propelled me out the door.

The first few months of separation were a frightening time for me, but I took comfort in the fact that my children, out of the maelstrom of their parents’ raging fights, now seemed relaxed and happy. While I focused on building the practical stability we needed – a place to live, an income to support us, new daycare and school arrangements – my girls were my rock and my inspiration. I was buoyed by their cheerfulness, their optimism, their loving enthusiasm. I sought counselling to deal with my own inner turmoil, relieved at how resilient and steady my daughters appeared, how unscathed they were by everything they had seen.

And then the cracks started to show. After a few years on our own, fits of anger and moodiness struck both girls. They struggled with their relationship with their father and their grandparents. They began to complain of nightmares. Despite their unbroken records of academic success, they were often anxious about school. And over and over again, they expressed self-doubt and a lack of confidence.

At first, I assumed that all of this was normal teenage angst. Yet, my youngest was not yet in her teens. During one of my counselling sessions, I complained of all of this to my therapist. “Why now?” I asked. “Why do they seem so unhappy when they finally have a happy home?”

My therapist shook her head. “Think of this from their point of view, Samra. Think about what they experienced.”

I remembered an incident that my youngest had witnessed when she was just three years old – my husband had thrown me onto a bed, gotten on top of me and started hitting. My daughter screamed at her father to stop before rushing into a closet, convulsing with sobs. I had often begged my husband not to yell or hit me in front of the girls. I was afraid that they would lose respect for me if they saw me treated this way. But now that I stood in their shoes, as my therapist urged, I could see something entirely different was going on. They weren’t just witnessing my abuse, they were experiencing it. And I began to understand what various counsellors over the years had been trying to tell me: Being raised in a home where partner abuse takes place damages children. Permanently.

Many parents stay in unhappy marriages because they believe that their separation or divorce will hurt their children. They think, as I did for a long time, that they owe it to their children to protect them from a fractured family life. Yet, the truth is that if they are living in a household where conflict and violence is rife, family life is already fractured.

Indeed, studies have shown that children raised in households where intimate-partner violence takes place suffer lasting emotional, psychological, developmental and even physical problems. They may experience headaches, stomach aches, bed wetting and attention-deficit issues. Feelings of fear, helplessness, guilt, confusion and anger are almost inevitable. They often struggle with anger management, anxiety, depression, self-harm, low self-esteem and fear of abandonment. They may also become socially isolated, drop out of school, develop substance abuse issues and engage in other high-risk behaviours. They may become part of the cycle of abuse themselves, either as a perpetrator or a victim. In fact, according to an article posted on the RCMP website, “Children who witness family violence suffer the same consequences as those who are directly abused. In other words, a child who witnesses intimate partner violence is experiencing a form of child abuse.”

When I left my husband, I thought I had gotten out of the marriage in time to save my daughters from lasting damage. If I hadn’t been so consumed by own emotional chaos, perhaps I would have noticed the signs of trauma they exhibited both during the marriage and in the months and years after the separation. Now, however, I have come to appreciate that they suffered from the abuse every bit as much as I did – maybe more.

Today, we are all receiving counselling, all working through the lingering wounds. And while I am trying to do everything I can to help my daughters heal and flourish, I can’t erase the pain of those early years. All I can do is acknowledge their feelings and provide them with loving support. And I can share our story in the hopes that it may convince some parents to act more quickly than I did, to put themselves in their children’s shoes before it is too late. 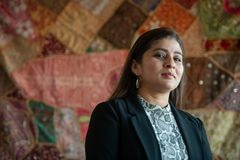 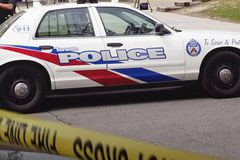 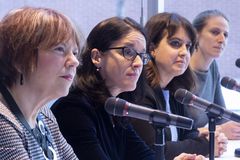