Julie Byczynski
Contributed to The Globe and Mail
Published November 26, 2019 Updated November 25, 2019
Comments
Please log in to listen to this story. Also available in French and Mandarin. Log In Create Free Account

Julie Byczynski is a non-profit professional based in Guelph, Ont. She attended Holy Names High School in Windsor, Ont., from 1988 to 1993.

Was it a plea? A command? Or the desperate scratchings of a narcissist who was at once intensely insecure and unimaginably brazen.

The words haunt me as they echo through time.

It was 1989. I was 14 and finishing my first year at Holy Names High School in Windsor, Ont. My principal, the man known then as Father Hod Marshall, known now as a convicted pedophile, wrote them in my yearbook next to his grinning headshot.

Father Marshall was appointed founding principal of Holy Names when it opened four years earlier as the first new Catholic secondary school in the city in some decades. His was a position of honour and prestige, which is hard to fathom now or to explain.

We were so very fortunate, said the predominant narrative at the time, that Father Marshall was going to take this one last appointment as a capstone to his illustrious career as an educator and priest. He was larger than life in many ways, and in retrospect, he played up to the persona.

I remember him joking about the title of one of his favourite hymns, Here I Am, Lord. The meaning of the song is about answering the call of God. Father Marshall turned it around by moving the comma, exclaiming that: Here, I am Lord.

And lord he was. His reign of secret terror, intimidation, abuse of power and sexual assault spanned multiple communities over many decades. Despite several reports of his offences, he was transferred by his order, the Basilian Fathers, to this position of authority, which gave him free access to hundreds of potential victims under the heavy cover of being the man in charge.

Make no mistake. Father Marshall was a master of manipulation. He dominated all aspects of the school with his cult of personality and his supreme status. He was revered, especially during the inaugural year of the school.

The first graduating class: The lucky ones who would be the first at everything, and who would have the great honour of starting off the new traditions.

Was this in fact not a blessing, but a terrible curse? The Catholic Church, after all, has many traditions. Not all traditions are welcome.

While Father Marshall officially pleaded guilty to 17 charges of sexual assault, he admitted before his death to many, many more victims.

When I first read about the news of his guilty plea in June, 2011, it was a shock. Or so I thought.

When I asked a friend from that time, how was it possible that we didn’t see it? How could we not have known? Don’t you remember, she said. Happy Hands Hod, that was his nickname.

It rings just faintly true. High-school rumours. A fleeting comment made in the cafeteria or before homeroom.

To me, the most incomprehensible part of this tragic story is that when Father Marshall retired from Holy Names, he moved to St. Lucia to work as a missionary. For the rest of my high-school years, he would return with stories of the flock under his care. We would hold bake sales and raffles, raising money to support his work, including helping him to establish an orphanage in the country.

Yes, you read that right. We sold cookies so he could continue his missionary work, where he would work closely with orphans and in all likelihood continue his pattern of sexual abuse of children.

Did I know? Did my teachers know? I don’t believe I had any clue, but is that just a convenience of time, of memory?

It matters not. All of us are guilty of not questioning, not paying enough attention and not talking. That stops now. That stops here. Thirty years on.

That is why I am writing this. We won’t forget you, Hod. You were right about that. We will never forget, and we will not rest until those responsible are held to account.

The Catholic Church needs to establish a formal restitution to all those who have been subjected to abuse and who continue to suffer the effects in all aspects of their lives. It is also time that the rest of us break the silence that perpetuated abuse like Father Marshall’s.

Don’t forget me? We will not. We cannot. 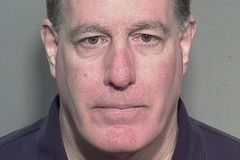 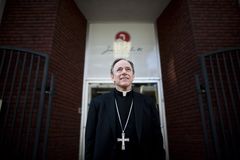 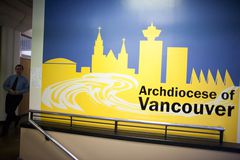