As criticism mounts over the dismal pace of Canada’s vaccination campaign – to the point that we are now having to depend for our supplies of the vaccine on a program set up to help the Third World – the government’s defenders protest it is being treated unfairly, held to account for something it has no control over.

Securing an adequate supply of vaccines that didn’t exist until weeks ago, in the middle of a worldwide pandemic, even as every other nation is scrambling to do the same, is a complex, demanding problem, they complain, with many moving parts. It was to be expected there’d be the odd hiccup.

Well now. Let us suppose Canada were leading the pack instead of trailing it. If Canada were No. 1 in the world in doses administered per capita, instead of, at time of writing, 34th, do we imagine the response of the government and its defenders would be: This is something we have no control over? Would they say, as the Prime Minister did the other day, that it’s “out of our hands”?

We don’t have to guess the answer to this. Early on, the government was crowing that it had signed contracts with more suppliers for more doses per capita than any other country on Earth, as evidence of its superior negotiating acumen. It still does, in fact. The government is delighted to take credit for how many doses are to be delivered. It disclaims any responsibility for when.

But it matters how fast the vaccines are delivered. The longer it takes, the more people will die. Yes, accidents can happen. That’s another reason to emphasize speed: the longer the delivery schedule, the greater the likelihood of something going wrong. The measure of a successful negotiation, then, is not merely how many doses are secured or at what price. How soon they arrive, with what guarantees and what alternatives in the event things don’t turn out as planned are also important negotiating objectives. It’s not enough to say it’s “out of our hands.”

Or let’s say it is out of our hands, at least in part. Is it out of everyone else’s hands as well? Getting hold of millions of vaccines on a timely basis in competition with dozens of other countries is, without a doubt, a difficult challenge, with a large element of luck in it. But it’s difficult for other countries, too.

The government isn’t being measured against perfection, or some other arbitrary standard. Its failure is relative to other countries. That’s the point of these international rankings. Maybe you find it distasteful to look at this as some sort of race. Fine. Think of it as a yardstick, then. If other countries are doing better than us, it raises the question of whether it is possible for us to do better as well. As someone once said, better is always possible.

And if it is, then the question becomes: Why aren’t we doing better? More to the point, why are they?

We would be much closer to answering these questions if we did not keep relying on the same knee-jerk response: domestic manufacturing capacity. Lots of countries ahead of us have no domestic vaccine manufacturers. Lots of countries behind us do. For that matter, so do we: from multinationals such as GlaxoSmithKline, whose Quebec City plant churned out vaccines against the H1N1 virus by the millions a decade ago, to domestic firms such as Montreal-based PnuVax Inc.

There’s also the fabled Connaught Laboratories, now a subsidiary of France’s Sanofi Pasteur, whose Toronto facility is to begin producing vaccines against the coronavirus later this year – a plant that according to nationalist myth does not exist, the company having supposedly closed shop and fled Canada after the Mulroney government’s decision to privatize it in 1989.

Just having a domestic vaccine industry, in other words, is no guarantee of having the capacity to develop and produce a vaccine against the coronavirus. Maybe we might have, had the government chosen to support Calgary-based Providence Therapeutics, for example, which claims to have had its own vaccine candidate in the works.

But maybe we wouldn’t have. In any case, it doesn’t matter. There’s no necessity to produce vaccines domestically. It’s just as possible, and probably much cheaper, to secure vaccines offshore, as the experience of Israel and other countries proves. You just have to move fast and be prepared to pay a premium for first dibs.

(Doesn’t the decision by the European Union to temporarily halt exports of the Pfizer vaccine, in response to the company’s shutdown of its plant in Belgium, make the case for relying on our own manufacturers? Only if you think those domestic plants would be less likely to run into production problems. The Pfizer shutdown affected Europe as much as anybody.)

Why does the domestic-capacity red herring persist, in the face of its manifest illogic? Because it’s so useful to so many interests. If you’re in the opposition, it allows you to blame Justin Trudeau, for not investing in the Canadian vaccine industry. If you’re Mr. Trudeau, you can blame the Conservatives, for allegedly overseeing its demise.

If you’re a Canadian vaccine lab, you can invoke “domestic capacity” as an argument for more government funding. If you’re a multinational, you can put it all down to Canada’s laxer patent laws – as if the period of patent protection in any one country mattered to Big Pharma’s ability to recoup the costs of developing drugs that are sold on the world market.

It’s all a distraction. The problems of the Canadian vaccination program do not stem from the failure of the Trudeau government to secure an adequate supply of vaccines from domestic sources, but from its failure to secure an adequate supply from anywhere – “adequate” measured not only in volume but in timeliness, using the only yardstick we have: the experience of other countries.

Perhaps things will pick up in the months to come. But by then, alas, a lot of people will be dead, who might otherwise have lived.

Every COVID-19 vaccine maker was asked to make their doses in Canada and all said no, Anand says
February 4, 2021 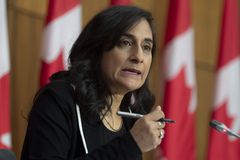 Next Moderna COVID-19 vaccine delivery in doubt but Pfizer doses could increase
February 4, 2021 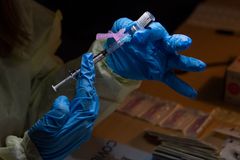 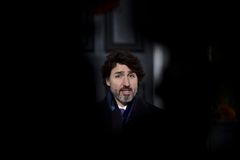