Avery Brundage, president of the American Olympic Committee back in the 1930s, was a vocal opponent of efforts to boycott the Olympic Games in Germany over the persecution of Jews under Nazi rule. “It’s a matter entirely of independence and freedom of sport,” he told the Associated Press in September, 1934. “The fact that Germany has had a political disturbance in my opinion is not a factor to be considered.”

Around that same time, Mr. Brundage went on a trip to Germany to investigate whether Jewish athletes would be blocked from joining the German Olympic team – the one act of discrimination that, in Mr. Brundage’s view, was pertinent to the question of whether the U.S. and other countries should boycott the Games. While in Germany, Mr. Brundage toured athletic centres and spoke with Jewish athletes – notably, only with Nazi officials present – and returned home with assurances that German Jews would be allowed to fully participate in the Games.

“The Olympic Games belong to the athletes and not the politicians,” Mr. Brundage said, concluding that the 1936 Games should go ahead as planned.

“Regardless in what country the Olympic Games are held, there will be some group, some religion, or some race which can register a protest because of the actions of the government of the country.”

Mr. Brundage was prescient in this observation: There have been efforts – some successful – to boycott numerous Olympic Games since then. A number of countries, including Canada, boycotted the 1980 Games in the former Soviet Union in protest of the country’s invasion of Afghanistan. There were calls to boycott the 2008 Olympics in Beijing because of China’s actions in Tibet and investment in Sudan amid violence in Darfur. The 2010 Olympics in Vancouver was even the subject of protest after the city displaced homeless Vancouverites from the downtown core.

Each time, including in more recent years, defenders of the Olympics have adopted the same sort of arguments Mr. Brundage hauled out back in 1934.

“The athletes would pay the price, not the host country,” said Canadian Olympian Mark Tewksbury when asked about boycotting the 2014 Sochi Winter Games over a Russian law prohibiting gay “propaganda.” (Mr. Tewksbury is gay.)

“There’s a lot of horrific things all over the world – including in our country. We’re not perfect,” said NBC Sports chairman Mark Lazarus amid calls for the U.S. to sit out the 2016 Rio Olympics.

And just this past week, in a guest column for The Globe and Mail, the CEOs of the Canadian Olympic Committee and the Canadian Paralympic Committee wrote that “Boycotts don’t work. They punish only the athletes …” The pair rejected calls for Canada to snub next year’s Games in Beijing over China’s persecution of its Uyghur minority (among other human-rights abuses), citing Canada’s boycott of the Soviet Games in 1980 to make the point that “only the athletes paid a price.”

It is true that the 1980 boycott did not result in a withdrawal of Soviet troops from Afghanistan, though the goal of a boycott is not singularly to compel a host nation to change its actions. Rather, a refusal to participate in the Olympics can be a worthy expression of other nations’ repugnance at a state’s behaviour, as well as a sign of solidarity with persecuted minorities and an important demonstration that some things – such as the forced internment, sterilization and “re-education” of minority citizens – are more important than tradition and sport.

Athletes will indeed suffer if countries boycott the upcoming Beijing Olympics. But humanity will suffer more if we try to compartmentalize genocide so that our athletes may wave and sing during the opening ceremonies. Indeed, if a host nation’s efforts to effectively exterminate a minority population isn’t enough to justify sitting out of these Games, then nothing is – and the most unconscionable, systematic cruelty becomes tolerable.

The very least that could be said for Mr. Brundage’s credulity (which likely had a healthy dose of anti-Semitism mixed in) was that back in 1934, there was no drone footage of blindfolded and shackled prisoners in Dachau, as there is in Xinjiang. No cellphone videos of detainees chained to their beds, or leaked documents – posted online for everyone to see – outlining the structure of detainment camps and state-sanctioned script for explaining to children why family members had disappeared. There was no viral testimony from former detainees and religious minorities in exile, and no comprehensive, easily accessible reporting on the torture people suffered at the hand of the state. We can’t pretend we don’t know what’s going on in China now, and we can’t feign the ignorance that Mr. Brundage, genuine or not, expressed of the persecution of Jews in 1934.

In 2021, we can look back on the justifications for the 1936 Games and wonder how the world could have ever been so gullible. Future generations may wonder, if these Games indeed go ahead, how the world in 2021 could have been so callously indifferent. 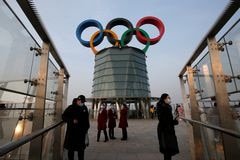 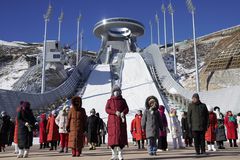 Holding onto history at Beijing Olympics
September 5, 2007
Follow Robyn Urback on Twitter @RobynUrback
Report an error Editorial code of conduct
Due to technical reasons, we have temporarily removed commenting from our articles. We hope to have this fixed soon. Thank you for your patience. If you are looking to give feedback on our new site, please send it along to feedback@globeandmail.com. If you want to write a letter to the editor, please forward to letters@globeandmail.com.
Comments