Mr. Woodward paints a worrisome picture showing just how close the world came to calamity in 2017, when North Korean dictator Kim Jong-un was taunting the United States by launching his new intercontinental ballistic missiles. Mr. Woodward also writes about James Mattis, the former U.S. secretary of defense, and his regular visits to the National Cathedral in Washington to pray over a moral quandary. “‘What do you do if you’ve got to do it?’ Mr. Mattis asked himself. ‘You’re going to incinerate a couple million people. No person has the right to kill a million people as far as I’m concerned, yet that’s what I have to confront.’”

Of course, the decision to launch nuclear weapons rested not with him but with his boss, Donald Trump, a man who Mr. Mattis had decided had “no moral compass,” whose decisions were “random, impulsive and unthoughtful.” Not the person you’d like to have holding the world’s fate in his hands, but that is where the nuclear age has left us (it’s especially alarming when you consider the other person holding the global grenade is Vladimir Putin).

According to Mr. Mattis, he slept in his gym clothes in late 2017, just in case he was required to spring from bed in the night and make very quick decisions about how to retaliate against a potential North Korean missile launch. (The U.S. plans included the possibility of a counter-launch of up to 80 nuclear warheads.)

But while alarming to contemplate at the moment, the veteran reporter’s revelations might turn out to be useful in the long run. Mr. Woodward’s book is valuable on many levels, but especially when it draws back the curtain on the terrifying, knife’s-edge landscape of nuclear threat, which is normally hidden from view of the average person – the very people Mr. Mattis was worried about burning to a crisp.

Perhaps the book will also open people’s eyes to the dangers of a renewed nuclear threat, an alarm that diplomats and scholars have been sounding to no avail. The Trump administration’s showy overtures in North Korea did not stop Mr. Kim’s nuclearization program. Russia and China are working on new weapons. And the U.S. is engaged in a multi-decade upgrade of its nuclear arsenal. As Mr. Trump told Mr. Woodward, “I have built a nuclear – a weapons system that nobody’s ever had in this country before;” it’s believed he’s talking about the W76-2 submarine-launched warhead, a controversial “low-yield” weapon that arms-control experts worry could increase the threat of a nuclear exchange.

Just last week, the U.S. Air Force awarded a US$13-billion contract to replace its intercontinental ballistic missiles, leading former secretary of defense William Perry to say, “Our nation faces major security challenges, including a global pandemic that has killed almost 200,000 Americans, and we shouldn’t spend our limited resources on new nuclear weapons that we don’t need and make us less safe.”

Most alarming is that, against this backdrop, arms-control treaties are in shreds. The Russians and Americans have not yet agreed to extend the 2010 New START treaty, which limits each country to 1,550 deployed warheads, and which expires in February. Both countries pulled out of the Intermediate-Range Nuclear Forces treaty in 2019.

In May, the Washington Post reported that the Trump administration was considering resuming nuclear tests after almost 30 years – in contravention of the Comprehensive Nuclear-Test-Ban Treaty – as a bargaining chip to be used in negotiations with Russia and China. Playing roulette with the planet is a tactic, perhaps, but it’s not a game you can play more than once.

A change in U.S. administrations might make a difference. Democratic nominee Joe Biden has pledged to pursue an extension of the New START treaty, which was negotiated when he was vice-president to Barack Obama. He’s even made vague noises about rethinking the U.S. first-use policy on nuclear weapons, and his foreign-policy platform declares that he "believes the sole purpose of the U.S. nuclear arsenal should be deterring – and if necessary, retaliating against – a nuclear attack.”

So far, the U.S. presidential election has not exactly been consumed with big-picture idealism about how the future should look, and whether, for example, military budgets are better directed toward the resilience and health of populations. It’s unlikely that the mud-slinging is going to stop in the next six weeks to allow those kinds of discussions to flourish. What we do know is that for four years, the man with “no moral compass” has not pointed his country in the right direction. 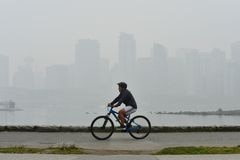 Opinion
Woodward’s scoop is old news but it’s a gift to the Democrats
Subscriber content
September 11, 2020 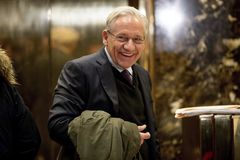 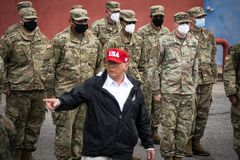