For Saskatchewan Premier Scott Moe, the battle against the federal carbon tax is a comfortable, familiar fight. Four years ago, back when he was environment minister, Mr. Moe walked out of a ministers’ meeting in Montreal in protest of the federal government’s then-newly announced carbon pricing deadline. Echoing the words of former premier Brad Wall, Mr. Moe called the plan a “betrayal” (it would eventually become a “sham,” a “vote-buying scheme,” “punitive,” “unconstitutional” and “destructive,” among other descriptors) and vowed to defend Saskatchewan’s interests against what he said was Ottawa’s oppressive and undue meddling.

Mr. Moe has kept that promise since taking the reins from Mr. Wall in early 2018, and his government made its case before the Supreme Court this past September. In October, Mr. Moe easily won re-election in the province, where he delivered the Saskatchewan Party’s fourth straight majority. In his acceptance speech, Mr. Moe pledged that he would protect both “lives and livelihoods.”

That was only about six weeks ago, when referencing the carbon tax and the still-low number of provincial COVID-19 deaths in the same breath didn’t seem all that gauche. Indeed, the province had navigated the pandemic fairly well up until that point, with just shy of 3,000 cumulative cases total and 25 deaths since the beginning of the first wave. And while Mr. Moe hadn’t seen as significant of a pandemic popularity bump compared with the other premiers (he was up seven points between February and May, compared with the 38- and 25-point jumps enjoyed by the Ontario and B.C. premiers, respectively), his consistent messaging and steadfast defence of provincial interests (including specific relief measures for the oil and gas industry) buoyed his consistently high approval rating throughout the spring and summer.

But since the election, the situation has changed. Saskatchewan is currently grappling with the third-worst COVID-19 outbreak in Canada (after Alberta and Manitoba), with 358 active cases per 100,000 population, which is well above the national average of 201. As of Tuesday, the number of deaths is now at 98, with the majority occurring in the past few weeks alone, and hospitalizations have doubled in the past month. A quarter of cases have no known source of transmission, though Chief Medical Health Officer Dr. Saqib Shahab has said that private gatherings seem to be driving outbreaks, which is why the province recently moved to prohibit indoor gatherings with people outside the household.

Last month, before the pandemic really spiralled out of control in Saskatchewan, hundreds of doctors in the province signed an open letter urging the Premier to “act with sufficient force” to reverse the course of the pandemic. Instead, Mr. Moe has proceeded trepidatiously, insisting on piecemeal measures to stem the spread of the virus while the province runs out of hospital beds. He meekly asked the people of Saskatchewan to cut back on their social activities, imploring them on Monday to see to a “much quieter Christmas.” Yet even as the province struggles to control the spread of COVID-19, the government continues to permit indoor dining, drinking, fitness activities and weddings and funerals of up to 30 people.

In fact, the most animated Saskatchewan has seen its Premier in recent weeks was in response to a familiar foe – the carbon tax – after the federal government announced its plan to more than triple the projected price of carbon by 2030. “Justin Trudeau and Catherine McKenna lied to Canadians,” Mr. Moe said in a statement Friday. “Our government will continue fighting this ineffective and unconstitutional carbon tax.”

Mr. Moe was correct: The Trudeau government did say that it had no plans to raise the price beyond $50 a tonne (later adding the caveat that it won’t change the price without consulting with the provinces – which it still didn’t do). But his statement was an odd expression of upset and exasperation for a fight about which the province can’t do much (at least for the next few months, until the Supreme Court renders a decision) while the acute crisis about which the Premier can do something still evokes his reticence and indecision.

The difference is obvious: Mr. Moe’s opposition to the carbon tax is politically popular in the province – so much so that NDP Leader Ryan Meili joined the attack last week – and the failure to control the spread of the virus in Saskatchewan is largely the fault of the province, not the federal government (with the exception of outbreaks on reserves). But if Mr. Moe could demonstrate the same surgical decisiveness and impassioned opposition to the coronavirus as he showcases in opposition to the carbon tax, his province would likely fare far better in controlling its pandemic. When a virus is spreading at an alarming rate and the province lacks the capacity to treat its ill, the most important fight is inside the province, not out. 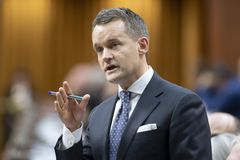 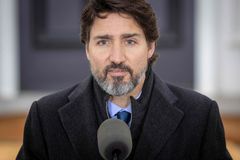 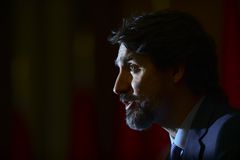