Bronwyn McBride and Jennie Pearson are community-based researchers at the Centre for Gender and Sexual Health Equity in Vancouver.

A year ago, governments across Canada declared a state of emergency and encouraged people to shelter in place. Many workers, supported by the Canada Emergency Response Benefit (CERB), ceased work to abide by public health guidelines for physical distancing. Sex workers, as workers, were expected to follow suit.

Instead, what happened was just an extension of sex workers’ normal: exclusion from labour rights and protections.

After previous sex work laws were deemed unconstitutional for violating sex workers’ rights, the federal government implemented Bill C-36 in 2014, which took aim at demand for sex work – criminalizing the purchasing of sex but decriminalizing its sale. But that law deemed Canadian sex workers to be victims, not workers. This inaccurate framing has restricted sex workers’ freedoms under the guise of their protection and had severe consequences for sex workers’ occupational conditions; for instance, most sex workers can’t access government income supports created to help workers stay safe during the COVID-19 pandemic. These precarious workers have had no choice but to continue to work during this crisis, risking their health and safety and highlighting the inherent contradictions of laws that effectively criminalize sex work to “protect vulnerable communities.”

These “end-demand” laws were due for federal review by the end of 2019, but they remain in effect to this day. Last July, community organizers called for law enforcement to cease surveillance and ticketing of sex work-related charges during the pandemic; they were largely ignored. Now, a House of Commons petition to reform Canada’s sex work laws and decriminalize sex work has been brought forward. After six years of advocacy and research evidence documenting the harms of end-demand models, will lawmakers finally listen and earnestly revisit Canada’s sex work laws?

Research from the AESHA project – a community-based cohort of more than 900 sex workers working in diverse spaces across Metro Vancouver – has shown that these laws undermine sex workers’ rights, safety and ability to access vital health, justice and community-based services. Many marginalized sex workers are excluded from formal income-reporting mechanisms like filing taxes, and racialized and immigrant sex workers may avoid engaging with government institutions due to stigma and fear of facing privacy violations, criminal charges and detention or deportation. Under laws that treat sex work as exploitation, rather than labour, sex workers have also been excluded from important public health guidance on safe return to work during COVID-19 (with the exception of British Columbia, where the BC Centre for Disease Control issued a COVID-19 guideline for sex work).

COVID-19 has further revealed the fact that sex workers aren’t more vulnerable because of the nature of their work: rather, they’re made vulnerable because of criminalization, structural exclusion and the lack of income support that all workers need during the pandemic to protect their own health and that of the public. Canadian sex workers and organizations such as the Canadian Alliance for Sex Work Law Reform have cited an urgent need for sex work decriminalization as well as a basic income to enable sex workers to stay safe at work during this crisis and beyond. These calls have not been met with action.

Current Canadian laws criminalize sex work to “protect vulnerable communities,” but are inherently harmful and exclusionary because they do not affirm sex work as labour. The House of Commons petition, which closes on March 30, is a positive step toward reviewing Canada’s sex work laws while advocating for decriminalization. However, it fails to include precarious immigrant sex workers – a group with the least access to financial supports and labour protections amid the pandemic – underscoring the importance of ongoing policy efforts to support Canada’s most marginalized workers.

The devastating impacts of the pandemic crisis are inequitably distributed, and if supports to Canadian workers aren’t inclusive, these inequities will be further entrenched. Sex workers are equal members of society who deserve occupational health and safety protections, income supports, security and self-determination at work. This crisis is an opportunity for Canada to listen to decades of activism and to fully decriminalize sex work. 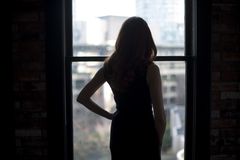 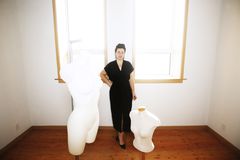