At his rambunctious 80-minute press conference in New York a few days ago, U.S. President Donald Trump accused the Democrats of a “big fat con job” against his Supreme Court nominee Brett Kavanaugh.

The President got the con job part right. As for the perpetrator, he’d be better advised to look to Mr. Kavanaugh. He’s the more likely one.

Given that the accounts of Mr. Kavanaugh and his sexual assault accuser Christine Blasey Ford are diametrically opposed, one of them appears to be lying. It’s possible that having consumed multiple beers at school parties during the years in question, Mr. Kavanagh simply can't remember an alleged sexual assault on Ms. Ford. But it’s a stretch.

With the likelihood that one’s a fabricator, the pertinent question then becomes motive. Who had the bigger motive to stand in that committee room, take the oath, then proceed to deceive the entire nation?

The answer to that is Brett Kavanagh. By furlongs.

As he repeatedly claimed in his vitriolic refutation of the charges, his life and his family’s life were being destroyed. Everything in his distinguished career was being torn down. Everything was at risk. His Supreme Court seat, his reputation, his family, his law-teaching career. If the sexual attack claims were shown to have validity, he could even be charged under Maryland state law.

The stakes couldn't be higher. He had to kill her story.

As for Prof. Blasey Ford, what possibly could be her motive to make up the vivid assault account and put herself through the trauma that she’s experienced? Though, like most Californians, she’s a Democrat, she is not a political activist with any consuming interest in the court.

Aside from what allegedly happened that day in 1982, she had no other personal history with Mr. Kavanaugh that would make her want to bring him down. The notion that it was a case of mistaken identity, that it was someone else who assaulted her, was shattered by the power of her testimony.

Another indication that she was the one telling the truth Thursday was her willingness, in contrast to Mr. Kavanaugh, to have a broader investigation into her allegation.

An FBI probe may become a reality. On Friday, Republican Senator Jeff Flake called for an investigation before a final Senate vote.

The Republicans, who previously blocked the release of documents pertaining to Mr. Kavanaugh’s work at the White House, didn’t want further investigation either. Mr. Kavanaugh has two other accusers, Deborah Ramirez and Julie Swetnick. The committee won't be calling them.

At the hearing, one witness appeared overwrought and overreaching. That was Mr. Kavanaugh. His seething denials of any wrongdoing reminded many of the performance of Clarence Thomas in refuting sexual harassment charges of Anita Hill 27 years ago.

His degree of his political partisanship, including a wild claim that he was a victim of revenge “on behalf of the Clintons,” was something senators had not seen from a Supreme Court candidate.

In contrast to Mr. Kavanaugh, who did not even bother to watch her testimony, Prof. Blasey Ford was emotional but soft-spoken and authentic.

Mr. Kavanaugh tried to use his personal calendar from 1982 as a defence. But it showed he went to a party on July 1 which was consistent with the time frame Ms. Ford alleges the incident took place. She remembered seeing Mr. Judge at a supermarket in the weeks after the party. Though Mr. Kavanaugh claims he hardly knew Ms. Ford, she named several friends of his who were at the party. Dr. Blasey Ford had been going out with one of them, a teenager nicknamed “Squi.” It makes Mr. Kavanaugh’s claim suspect.

The weakness in her case, which Mr. Kavanaugh kept pounding on, was lack of corroboration from any of the others at the party. They say they had no recollection of it which, given the distance in time, is not so surprising. Leland Ingham Keyser, a lifelong Blasey Ford friend, said she recalled nothing of the party. But in a Washington Post interview she said she believes Prof. Blasey Ford’s story.

Her story, unless someone can uncover a mystery motive, is the more credible story of the two. Though lie-detector tests aren’t conclusive, it would be intriguing to administer one to Brett Kavanaugh. 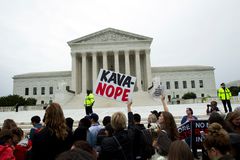 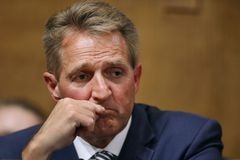 Trump and Rosenstein delay meeting to next week
September 27, 2018 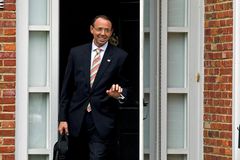