OPEC and Russia may have struck a deal to cut a record 9.7 million barrels of oil from the market, but Canada’s oil and gas companies still have to deal with the lowest oil prices they’ve seen since the turn of the century.

That’s why, whether it’s cutting production or the salaries of their executives and employees, Canada’s energy companies are doing everything they can to batten down their hatches. Well, almost everything. They’re still sending their annual membership dues to the Canadian Association of Petroleum Producers (CAPP), which for some companies can amount to as much as $3.51-million. Based on how that organization has behaved of late, they might as well be lighting that money on fire.

Witness the 13-page letter the organization sent on March 27 to Natural Resources Minister Seamus O’Regan and seven other federal cabinet ministers, in which it suggested that the federal government “postpone the development and consideration of any additional measures related to climate to support the do-no-harm principle.”

This is, among other things, a remarkable failure to read the metaphorical room in Ottawa, where 227 of the 338 seats in the current Parliament are filled by people whose parties supported carbon pricing in last October’s election. Using the fallout from COVID-19 to campaign, yet again, against the sitting government’s signature policy falls somewhere between political opportunism and political masochism.

It’s also a near-perfect echo of the messaging coming from federal Conservatives such as Andrew Scheer and Peter MacKay, who have both apparently decided that losing one election on this issue isn’t enough. That echo is a familiar one, as CAPP has defined itself under the leadership of Tim McMillan, a former conservative Saskatchewan politician, by its strident opposition to the Liberal government.

Last April, the CEOs of four oil and gas companies, who also happened to be CAPP governors, attended a closed-door strategy session with high-profile conservative operatives in an effort to map out a path to victory for Mr. Scheer. And after the federal government passed Bill C-69 last June, CAPP board chair Jeffrey Tonken suggested that “what we believe is the federal [Liberal] government is positioning itself to let the energy industry die so that they can get votes to get re-elected.”

Never mind that said government bought and is building a pipeline to carry Alberta’s oil to market, or that it ponied up $275-million worth of inducements in order to help LNG Canada, the largest energy project in Canadian history, get the green light. For Mr. Tonken and his peers at CAPP, Justin Trudeau is their biggest adversary – an opinion that apparently endures even in the face of $2.5-billion worth of federal bailout money for their industry.

CAPP is, of course, welcome to continue operating as a proxy for conservatives in Canada. But its members ought to be asking whether that’s worth the price they’re paying – especially when CAPP’s obsession with the government in Ottawa is blinding it to the threat that could eventually be posed by the one in Washington. Donald Trump’s disastrous handling of his country’s COVID-19 response has made the prospect of a Joe Biden presidency more likely, and it has even opened the door to the possibility of a Democratic landslide in November.

If that happens, Canada’s oil and gas industry will be staring down the barrel of the most environmentally progressive administration in history – and it may be asked to account for its own behaviour on that front.

Ironically, while CAPP suggested that a do-no-harm principle informed its desire to slow-roll regulatory changes and Canada’s carbon-pricing schedule, it might actually have been inviting harm to its own members in the process. Mr. Biden’s US$1.7-trillion climate plan proposes both a carbon tax and a carbon tariff applied to imported goods, and it’s hard to imagine his administration wouldn’t apply that to the nearly four million barrels of Canadian oil that flows across the border every day.

If anything, the federal policies that CAPP keeps railing against, from the carbon tax to more stringent regulations on methane emissions, are actually helping its members prepare for this emerging – and potentially enormous – risk.

But given its current leadership and their apparent interest in continuing to fight with the federal government, it’s unlikely that CAPP will be sending a thank-you card to Ottawa for that help any time soon.

That’s why it’s time for the companies that fund CAPP’s budget every year to take matters into their own hands. They’ve already cut back on decadent Stampede parties and excessive employee perks in an effort to protect their business from what will surely be a protracted economic downturn.

An ineffectual industry lobby group might just be another luxury that they can’t afford any more. 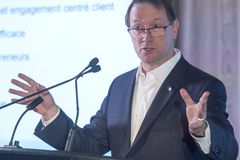 Big Oil investors to look past earnings pain and focus on dividends
April 24, 2020 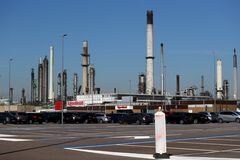 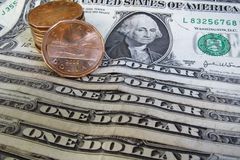