Sima Samar is the founder of the Afghanistan Independent Human Rights Commission.

The time has come to speak out – to everyone who has been part of rebuilding Afghanistan – to the more than 40 governments that stepped up when the Taliban were ousted in 2001, to the military men and women who brought some stability to our country, to the policy-makers and internationalists who helped us create or restore the institutions that make a country function and even prosper. And to the humanitarians who came in great numbers to help us right the many wrongs. We Afghans need you now. The future is not clear. The so-called peace negotiations are dishonest and unacceptable. Now the looming catastrophe needs to be exposed.

Recently, I met with members of Afghanistan’s negotiation team who are working with the Taliban. We discussed the urgency for peace, cessation of violence, respect and protection for women and journalists as well as other human-rights and civil-society activists in Afghanistan. Though the team was energetic and optimistic about the potential of the negotiations, they admitted their immense frustration with the intransigence and rigid position of the Taliban as well as the distressing lack of unity from the Afghan government.

First, the Taliban: They will not end the violence, they disapprove of the new generation of civil society that has flourished in the past two decades and they are against human rights and certainly the rights of women. What’s more, we now know that the Taliban had planned to use force as a means to gain points at the negotiation table. And now, predictably they are claiming that the peace negotiations won’t work until the current president of Afghanistan steps down.

Second, the government: They describe President Ashraf Ghani as a man who has started acting like a dictator and is not respecting the rule of law, the constitution or human rights and women’s rights. They claim there is a lack of political will to stop the rampant corruption in the government and the endless political bickering, which seriously undermines the position of the negotiation team in Doha.

Afghan people are watching this peace process initiated by the United States and now including talks between the Afghan government and the Taliban. In the past 43 years of war, Afghans have never been closer to the possibility of having peace than they are now. I and many Afghans see this as a golden opportunity to end conflict and therefore we have contributed all our efforts to support this process to its successful end.

However, in order to protect the peace process and not endanger the investments made from all sides, I want to draw the world’s attention to a few crucial points.

The country is in turmoil. People have lost faith. They have suffered enough. If those who supported us from the beginning now turn their attention to the government of Afghanistan and the Taliban to demand they both come to the table with the common good of the Afghan people on their minds, we can move forward; in fact, we can flourish. Then the international community can be proud of its accomplishments in Afghanistan instead of having to watch a peace process that is dishonest and doomed to fail. 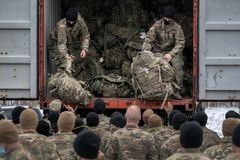 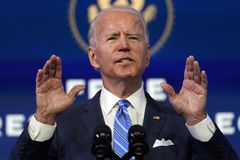 Biden says ‘America is back.’ Back to what? How the U.S. could try to reclaim its old role in a new world of foreign policy
Subscriber content
January 16, 2021 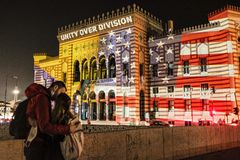