Martha Hall Findlay is the president and CEO of the Canada West Foundation.

Hundreds of thousands of young Canadians and millions more around the world marched last week demanding that governments take drastic action on climate change. Their concern is understandable, and a passion for a cleaner energy future is admirable.

Yet, just weeks before the marches, global oil prices jumped on the news of drone attacks on Saudi Arabian oil facilities – and Canadians seemed most worried about how it would affect prices at the pump. Lest we forget that this comes less than a year after the outrageous murder of journalist Jamal Khashoggi (along with no shortage of other human-rights abuses), when many Canadians pushed the federal government to stop commercial engagement with Saudi Arabia. The focus was on Canada’s sale of light armoured vehicles to the kingdom, but there were few, if any, calls to stop the flow of Saudi oil to Canada – worth several multiples more than the LAV deal.

Protesting against inaction on climate change is admirable, but it is far more difficult to find real, practical solutions. It’s too easy to blame actors such as the oil sands, cement plants or even agriculture for their greenhouse gas emissions, but we’re too often unaware of – or we conveniently choose to ignore – the less-than-savoury facts about what we allow and what we do. We are overdue for an honest discussion in Canada about our own energy use – and the inconvenient truths we cannot continue to ignore.

One is that Canadians use a lot of oil and an awful lot of it comes from major human-rights abusers such as Saudi Arabia, Algeria, Nigeria and Iraq. In fact, Canada imports more oil from Saudi Arabia – more than $3.5-billion worth each year – than from anywhere else except the United States. That Saudi oil accounts for more than 10 per cent of what we use, most of it coming through the Irving refinery in New Brunswick.

In that context, let’s now turn to our own oil production.

B.C. Premier John Horgan came into office promising to stop the expansion of the Trans Mountain pipeline. But the reality is that British Columbians still use a lot of gasoline, and most of the gasoline used in B.C. comes from Alberta via the existing Trans Mountain pipeline. Indeed, B.C. just won an injunction against Alberta’s “turn off the taps” legislation – “a significant threat to our economy and to our people,” Mr. Horgan said, although it was never deployed.

In pursuit of climate-change virtue, there is a hypocrisy in Mr. Horgan’s logic: It is okay to use the Trans Mountain pipeline for B.C.’s own purposes but unacceptable to expand it to sell the product abroad, even though it is very important for the “economy and people” of the rest of Canada, in particular Alberta and Saskatchewan.

Meanwhile, in Quebec, there is an immense supply of clean hydroelectricity. But fully 41 per cent of the energy Quebeckers use is from fossil fuels, and while car sales have gone down in the province, sales of higher-emitting SUVs, light trucks and pick-ups have increased. Almost 50 per cent of the oil Quebec uses – including for a significant number of refining and related jobs – is from Western Canada. And yet, even as he recognizes that Alberta is the biggest supplier of oil to Quebec and its big refineries, Premier François Legault claims there is no “social acceptability” for any pipeline to carry Western oil across his province to New Brunswick and beyond. The Quebec government unanimously passed a motion recently to reinforce the point, which echoes British Columbia’s message: We’ll take Western Canadian oil and we’ll use it for our own purposes, but we won’t let it go further to other markets.

The point is not to pick on B.C. and Quebec; they are only high-profile examples of a deeper conversation we’re not having around our own day-to-day activities. For many people, a car is their biggest personal contribution to pollution and GHGs, and a recent study shows that, across Canada, we’re actually making things worse. And electric vehicles are only as “clean” as the source of the electricity used, which varies across the country. We need to better understand what we’re using, and what we are – honestly – asking both of ourselves and of others.

None of this means we shouldn’t push hard on reducing Canada’s GHG emissions. We should. And incredible technological advances are already reducing emissions and may soon result in major improvements: solar panels that are part of roofing material; commercial buildings that are net producers of energy; small, safe and cost-effective modular nuclear power; even technologies that could fulfill a vision for net-zero emissions from the oil sands. But let’s be honest about what we’re currently doing – and let’s require the politicians currently vying for our votes to be honest in the discussions about Canada’s thirst for energy of all kinds, where we get it and where and how to truly address the challenges of climate change. 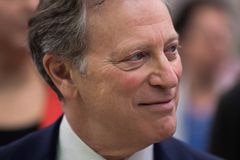 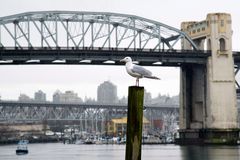 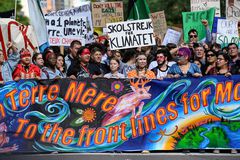