If Ottawa wants to confront the problem of people from poor countries walking across our southern border between entry points, it ought to look to Europe.

Not that Canada’s problem resembles the European migrant crisis in scale or danger. Canada, since spring of 2017, has seen two or three thousand people walk over from the United States to apply for asylum during peak months. A few have suffered bad frostbite. Europe has had a series of huge crises at its southern frontier since 2003, leading to thousands of drownings, most famously a 2015-16 rush that saw more than a million enter.

But there are important similarities in what motivates people to make these risky crossings, and in the policies that create irregular-crossing demand. Canadian officials can look to Europe both for policies that will slash that demand, and for mistakes to avoid.

Similar people, with similar motivations, are crossing both borders. Whether you’re a genuine refugee fleeing serious danger, or a worker seeking income, an irregular border crossing is an expensive and risky investment, far costlier than any legal form of immigration or asylum. Crossing the Mediterranean in a dangerous raft costs upward of $3,000, plus additional smuggler fees at each end. Walking into Canada generally involves getting a legal U.S. visa and flying across an ocean, travelling north, then paying someone a chunk of money to get you across.

It isn’t desperately poor people who make crossings. It’s people with some savings and usually some connections, or some ability to borrow from family and neighbours. Once they’ve made it across, they have nothing – and they’re often deeply in debt and expecting a return on investment.

In 2018, Nigerians have been the largest group of irregular border-crossers into Canada. (Haitians were a larger group in 2017, but have all but stopped). They were also the largest group to land in Italy last year. Some Nigerians – about 40 per cent, Canadian officials tell me – are in genuine danger, and will be approved as refugees. The majority aren’t – they are seeking work, usually short-term, and must leave Canada once their claims are rejected. But they know, through their social networks, that the Canadian system is badly understaffed and can take three years for a claim and an appeal to be rejected – potentially enough time to earn back the investment.

People choose “illegal” entry because less risky legal pathways have been closed. The Mediterranean crisis began after Europe eliminated seasonal work visas for Africans. People who had previously spent $200 for a plane ticket to work for a few months suddenly found their only option was to pay thousands to be smuggled. A temporary, legal system became a permanent, illegal industry that took on a life of its own.

Wherever work-visa rules are severely tightened, or when legal border-crossing points are closed to asylum applicants, demand shifts to black-market immigration supply. One recent large-scale data analysis examining 29 countries found that every 10 per cent increase in short-stay visa rejections leads to a 4-per-cent to 7-per-cent increase in irregular border entries.

Likewise, the Canada-U.S. border problem is almost entirely a product of policies that make it difficult to enter Canada legally. It is easier to get temporary or tourist visas to enter the United States than to Canada; the Safe Third Country Agreement forbids applications at legal border crossings. This created an illegal market in crossings.

Increasing border security does not reduce irregular entry. Attempts to end the problem by securing the border have consistently failed to reduce irregular crossings, and sometimes have increased them. Higher security tends to make the smuggling industry more profitable, pushing up supply. As the Oxford University scholar Hein de Haas concludes: “Border restrictions tend to interrupt circulation and push migrants into permanent settlement.”

Even very limited legal pathways reduce demand sharply. Before 2006, Spain was the major destination for black-market entry to Europe. Then it got smart: It made deals with both sending and transit countries, to accept people back more quickly in exchange for money, to make the system quicker. And it created a work-visa program, open to only a limited number of Africans. This all but eliminated the crossings: Even a 5-per-cent chance of getting a visa is a better risk, for most, than spending thousands on a deadly gamble. It’s become a model for wider policy.

The European lesson suggests that suspending the Safe Third Country Agreement would not, as some Canadians say, create a rush to the border. Combined with better efficiency, promotion and openness in our work-visa system, and an emergency staffing program to slash refugee-claim delay times, it could be part of a program to shift people back to safer official entry points, reduce numbers and end a controversial problem.

Opinion
We must not exclude irregular migrants from health care
September 28, 2018 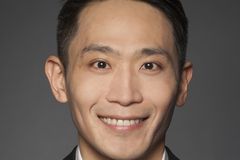 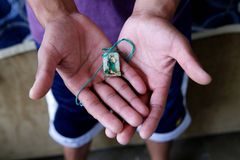 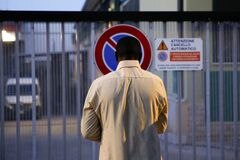