Nelson D. Schwartz is a business reporter at The New York Times and is the author of the new book The Velvet Rope Economy: How Inequality Became Big Business.

In theory, I should have felt at least a twinge of guilt as we bypassed the lines for Pirates of the Caribbean and the Seven Dwarfs Mine Train rides, sneaking through back entrances and employee-only corners at Walt Disney World in a friction-free visit that left other parents staring at us with envy. But I didn’t. And by the time Kelly, our VIP Tour guide, carried my daughter up the stairs to watch the afternoon parade, I could only feel a sense of gratitude at the pharaonic way she was borne aloft through the milling crowds.

I had come to Disney World in Orlando in search of what I call “the velvet rope economy,” and in the Magic Kingdom’s VIP Tour I had found its apotheosis. The velvet rope economy is what I call the stratification and segmentation that is a hallmark of consumer experiences today. And here, for anywhere from US$425 to US$750 an hour, a personal tour guide will cut every line and smooth out every kink normally associated with a visit to an amusement park.

While my daughter, Willow, smiled and chatted with Minnie Mouse, I thought about how children are affected by experiences such as this. As a child visiting Six Flags in New Jersey in the early 1980s, we were all thrown together in the same line, which proceeded at the same snail’s pace for everyone. I didn’t want Willow to get the idea that the lines will always part for her, or that she’s entitled to this kind of special treatment, but I can’t deny its allure.

My reverie was interrupted by Kelly, who escorted us past a rope marked “reserved” to a prime viewing area just for members of the VIP Tours. As we watched the characters made famous by Walt Disney so long ago float by – Minnie, Mickey, Snow White and the Seven Dwarfs – I wondered what he would think about the exclusive aerie from which we watched the show, and gaze upon the crowded throng down below.

Down the road in Orlando, Universal has fewer inhibitions about selling front-of-the-line access. “Get To The Fun Faster,” Universal promises, with a Universal Express Pass that lets visitors “skip the regular lines at most of your favorite rides and attractions.” Not to be outdone, Six Flags nowadays offers the Flash Pass Platinum, which, the park claims, can reduce wait times by 90 per cent.

As seductive as I found it, the message children receive from such velvet rope treatment is that they are better than everyone else and are entitled to special treatment. These are signals parents normally are obliged to counteract, but it is tough to do that when you are signing the family up for the VIP Tour at Disney or the Flash Pass at Six Flags.

Amusement parks may be the most obvious, but the velvet rope system plays out in a myriad of different ways for young people today. In many school districts across the United States, pay-to-play is the order of the day, with fees of several hundred dollars a sport per semester due if children are to participate.

In New Albany, Ohio, fees were imposed after a school tax levy failed to win voter approval at the polls. “There was a sense of community but when the tax levy failed, it was go to your corners,” said Michael Klein, a school board member at the time.

In New Albany and many towns like it throughout the United States, sports are about much more than games, Mr. Klein told me. And teams from New Albany routinely make it into state championships. “It’s all-encompassing,” he said. “It’s a conversation starter and finisher in every interaction.”

With pay-to-play, even many middle-class parents had to tell their children they couldn’t participate, Mr. Klein said.

In 2012, a national poll by the C.S. Mott Children’s Hospital found that 61 per cent of young people in middle or high-school sports were charged a pay-to-play fee. “We’ve privatized school sports,” said Sarah Clark, co-director of the Mott poll.

In recent years, pay-to-play fees have soared as school budgets became tighter. Almost 30 per cent of parents said school activities were more expensive than they had anticipated, a 2019 Mott poll found. The 2019 survey also showed that 18 per cent of parents earning less than US$50,000 felt participation wasn’t worth the cost, compared to 6 per cent among parents who earned more than US$100,000.

Nearly a fifth of the families surveyed by Mott said they paid more than US$200 to participate on a team, according to the 2019 poll. The fees are now spreading from sports to other extracurricular activities and after-school programs, Ms. Clark explained. “Our results signal that a similar trend is happening in music, but we don’t talk about that as much because it’s not as sexy as sports,” she said.

The gap is even wider when it comes to club teams, which have no connection to school districts but are increasingly popular. Also known as travel teams, the uniforms alone are more expensive than pay-to-play fees. For soccer moms and dads, the annual costs start at US$2,000 to US$3,000 and can quickly rise past US$10,000 for clubs that travel frequently to state and national championships. Hockey is considerably more expensive.

Along with pay-to-play fees, the rise of club teams marks a profound shift in society, especially in terms of the lives of young people, both rich and poor. For the latter, athletics were traditionally a way to escape poverty. Think Hoop Dreams and inner-city children aiming to make it to the pros in basketball or a Little League phenomenon catching the eyes of a baseball scout.

For better-off children, sports have been a great equalizer, uniting children from both sides of the tracks on one team with one goal – winning. Those days are fading, said Mark Hyman, a professor of sports management at George Washington University. “Sports was a social leveller,” he recalled. “My dad was a dentist but the father of the kid who played left field on my team in the 1960s drove a garbage truck.”

More and more, consumers face tiering and increased segmentation as they interact with private companies and institutions. But separation is now taking place within public institutions as well, subverting the values that made them public in the first place.

In New York, elite public school parent-teacher associations raise more than US$1-million apiece while poorer school districts raise a handful of that. The difference quickly translates into lost opportunities for after-school programming, teacher aides and after-school enrichment. “It’s disconcerting that parents have to raise money for basic necessities like art or a library,” said Kajsa Reaves, whose daughter attends public school in New York. “Ideally, the public school system should not be based on socioeconomic status the way it is now.”

Efforts to remedy the situation by spreading the largesse have been few and far between. The only major city that tries is Portland, Ore., where a local non-profit, All Hands Raised, oversees the process. Once local school foundations raise US$10,000, one-third of each additional dollar of revenue goes into a fund that supports poorer schools. Out of US$3.9-million raised in one recent year, about US$1-million was redistributed.

“This policy reminds people that they are in a public school, not a private school,” said Dan Ryan, chief executive of All Hands Raised. “With that comes a shared responsibility for other kids in the district. It’s the right thing to do.”

The college admissions process, already a great divider in terms of class, is further stratified because of the rise of elite consulting firms such as IvyWise. The New York-based company is more like a high-powered lobbying or public-relations firm in Washington than a traditional college counselling service and charges up to US$150,000 to guide families through the admissions maze over four years. It employs former admissions officers from many of the top schools, men and women who stay in close touch with their former colleagues and have an insider’s knowledge of the game. These sorts of firms exist in Canada, as well.

Among the reasons IvyWise is worth that kind of money is access to specialized and highly valuable information. And in a process as convoluted and competitive as getting into an Ivy League university, possessing information that others don’t have can make all the difference.

“Let’s say we have a student who plays the cello and the top cellist at a school on her list is graduating,” IvyWise founder Kat Cohen said. “In some cases we can find that out. We don’t directly advocate for our student with the university, but we may be able to find out what their institutional needs are.”

Ms. Cohen and her team can sometimes learn which schools are short of poetry majors, need a goalie on their hockey team, or don’t want yet another aspiring Wall Streeter at their business school.

As appealing as velvet rope experiences are for parents like me at Disney World, they are even more seductive for our children. It’s up to us as parents to teach our children more egalitarian lessons and resist the urge to pay to jump every line they encounter. We may have to endure a little more discomfort as a result. But the alternative is an even more stratified society where the velvet ropes rise ever-higher. 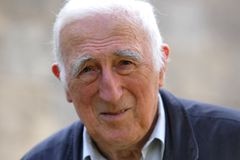 Opinion
We are living in an age of lethal empowerment
March 8, 2020 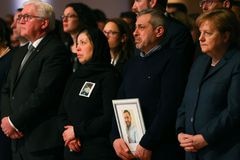 Opinion
My parents were against vaccines. Getting immunized as an adult shouldn’t have been so hard
February 23, 2020 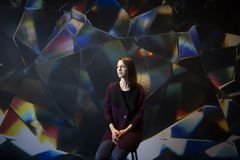