Jennifer Keesmaat is chief executive officer of the Keesmaat Group, working with corporate and political leaders to advance change in cities around the world. She is the former chief planner of Toronto.

When it comes to streets, Canadian cities are going the wrong way. In Canada, 36 per cent of all commuting trips are less than five kilometres – an easily bikeable distance. That is, if we had the right infrastructure. But we’ve designed our streets for cars, instead of people, and we are paying for it with our lives.

Last month, in cities across Canada and around the world, we watched hundreds of thousands of people march to demand action on the climate crisis. In many of those cities, the streets, temporarily claimed as public space for the purpose of marching, are a part of the crisis itself: roadways that feed a transportation system that is a major contributor to our changing climate.

In the debate about what to do about climate change, much attention is paid to carbon emissions generated from energy production, industrial processes and even agriculture. The oil and gas industry is Canada’s leading source of greenhouse gas, but emissions from the transportation sector are a close second. Canadians produce more than 720 megatons of greenhouse gases every year – that’s more than 1.5 trillion pounds of gas – and our transportation system accounts for nearly a third of that total.

We tend to think that industry must be the main contributor to transportation-related emissions. Big trucks hauling food, materials or other items must be at the heart of the problem. But the data don’t bear that out: In Toronto, for example, private passenger vehicles account for almost 80 per cent of the overall greenhouse gas emissions that come from transportation. There’s no near-term solution to the climate crisis that does not rely on getting people out of their cars for their daily commute.

At the same time, another hot button issue is gripping large Canadian cities: what to do about the impending arrival (and, for some, an associated impending doom) of e-scooters. As the popularity of e-scooters as urban mobility devices has skyrocketed, cities around the world have grappled with how to regulate them. Should they be allowed on sidewalks? In bike lanes? Where should people be allowed to park them? Should their speed be limited? Should they be banned?

These and other questions obscure the potential e-scooters and e-bikes hold to become foundational to how people get around in dense, congested cities. They take less space on the road, posing less of a danger to others, and they eliminate the detrimental environmental impact we impose when we drive our cars. E-scooters and e-bikes are not the problem – they might just be the hook on which we can hang the future of transportation.

But not if we continue to be stuck in an autocentric, 1950s transportation planning mindset that dictates that roads are for cars and everyone else travelling on devices with wheels must fight for the leftover space. If this happens, we’ll miss an opportunity to redesign our streets for efficiency and finally get it right.

It makes no sense to wedge highly efficient transportation choices (bikes and e-scooters) into the leftover spaces while continuing to plan for highly inefficient choices (cars) as the backbone of how we move from place to place. Unless we shake old assumptions about cars as central to mobility in cities, our streets will continue to underperform as critical transportation infrastructure. Lost productivity because of time spent sitting in traffic, coupled with the burden carbon emissions impose on our health and our planet, make this a very, very poor choice.

Many people would love to avoid the cost of owning a car and the inconvenience of being stuck in traffic. What is stopping them from hopping on an e-scooter, e-bike or bicycle is that it doesn’t seem safe or feasible. We continue to overinvest in spaces for cars – so we shouldn’t be surprised that it’s hard to imagine getting around any other way. With the introduction of new covered electric bikes such as Veemo (that even have a back seat for your groceries or your pet) we are running out of excuses.

Even with the precious few routes in Canadian cities that have had safe bike infrastructure installed, apparent obstacles remain that prevent people from choosing them. Some people can’t bike home because there’s a hill they have to climb: E-bikes or e-scooters solve this. Others have a carload of children and their garb (such as hockey equipment) – cargo bikes can be an adequate (and fun) solution. And for many disabled and aging cyclists, bikes are referred to as a “rolling walking stick” precisely since, for many people, cycling, particularly on a tricycle, is easier than walking. But to make that dream come true we need to redesign our streets.

We’ve embraced and maintained a dysfunctional design for most of our streets – a design that is dangerous, exclusive and environmentally ruinous. What is necessary given the state of our rapidly changing climate and crippling congestion in our cities is that we find ways to give people more choices.

There’s nothing inherently bad about owning a car; the real problems arise when we design our cities around them and thus impose choices on people. 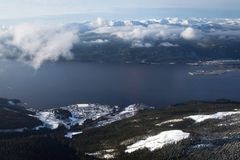 Opinion
Stuck in a haze: New Delhi’s smog is the cost of environmental neglect
November 7, 2019 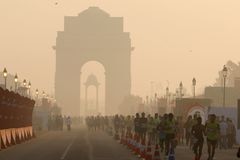 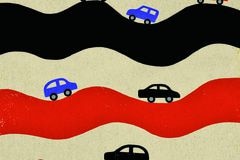