It has been a little more than three years since Justin Trudeau’s cabinet members arrived on a bus for their swearing-in at Rideau Hall, jolly as summer campers. Among them, as news reports noted at the time, were “hand-picked star recruits” Jody Wilson-Raybould and Jane Philpott.

You may have heard that the Trudeau cabinet was gender-balanced, because it was 2015. Now, that cabinet is teetering off-kilter, and the government with it. Both Ms. Wilson-Raybould and Ms. Philpott have resigned from cabinet on matters of personal principle, having to do with the Trudeau inner circle’s handling of the SNC-Lavalin affair.

Maybe, back in those sunny days of 2015, Mr. Trudeau thought he could appoint women to cabinet while still adhering to politics as usual. Maybe he wanted the shiny wrapping, without bothering to change the contents of the gift box.

But that wasn’t going to work, because all indications are that women generally go into politics for different reasons than men, and operate differently once they’re there. Not all women – we share biology, not ideology – but there is enough research out there to suggest that women in office do not believe in politics as usual. And once more women are brought into office, politics will have to change. We are seeing the consequences of that right now.

Research has shown that girls are not encouraged toward a life in public office, and are less likely than boys to feel it’s open to them. As a result, when women do seek a nomination, they’re more likely to be advocates than party insiders, and they prioritize social change over personal advancement. As Debbie Walsh, director of the Center for American Women and Politics, said in 2015: “Our shorthand for that is that women run to do something and men run to be somebody.”

Consider this conclusion from Politics: Women’s Insight, a global survey of 200 female politicians published by the Inter-Parliamentary Union: “Women talked of bringing about social change in the way power operates and this meant being true to oneself rather than being concerned about images constructed by others.” The women who responded to the survey “did not enter politics for power ‘over’ outcomes; rather women were interested in ‘power for,’ ‘with’ and ‘to’ the people."

When Jody Wilson-Raybould’s truth finally came, it was quiet – and devastating

What Ms. Philpott wrote in her resignation letter is seismic, because it presents a shocking challenge for anyone who’s grown cynical about politics. She echoes the women in the IPU report, in choosing principles over party. “I must abide by my core values, my ethical responsibilities, constitutional obligations,” she wrote. “There can be a cost to acting on one’s principles, but there is a bigger cost to abandoning them."

Ms. Wilson-Raybould, who detailed the pressure she felt as attorney-general in the SNC-Lavalin criminal case, responded to her former cabinet colleague’s resignation on Twitter by citing her integrity and calling her #MOC, or “Mother of Canada.” They may be friends, but this was solidarity on a different plane.

Finance Minister Bill Morneau received scathing condemnation when he seemed to suggest that Ms. Philpott’s resignation was tied to her friendship with Ms. Wilson-Raybould. But, however inadvertently, he may have been onto something: Women in politics prioritize teamwork and getting things done, even across party lines. Friendship isn’t weakness; it’s bridge-building, collaboration and strength.

“Research has shown that women in government tend to work in more collaborative and bipartisan ways and employ a more democratic leadership style compared to men’s more autocratic style,” wrote Edwin Ng of the University of Waterloo and Carles Muntaner of the University of Toronto, in a piece about how the presence of women in elected office may benefit public-health outcomes. “Women are also more effective at building coalitions and reaching consensus."

Mr. Trudeau has repeatedly talked about what he calls "the challenge of retention” – that is, not just recruiting women into politics, but keeping them there. Clearly, the old ways are not working. Ms. Wilson-Raybould and Ms. Philpott are out of the cabinet, though they remain in the Liberal caucus. Another talented Liberal MP, Celina Caesar-Chavannes, has said she won’t seek re-election. Ms. Caesar-Chavannes wrote on Twitter this week, “When you add women, please do not expect the status quo.”

That’s useful advice for any prime minister: If you want more women in cabinet – and this is the only acceptable course for the future – then it has to come with an understanding that things will change. The way the game is played will have to change.

Opinion
The real wave in the U.S. midterms? The future is female
Subscriber content
November 7, 2018 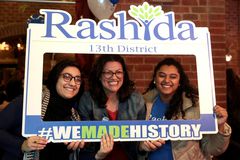 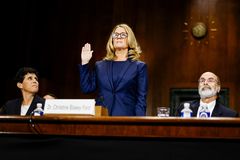