Christopher Ragan is a conservative economist and director of the Max Bell School of Public Policy at McGill University in Montreal.

At last weekend’s policy conference in Toronto, Canada’s two most important Conservative leaders stood together against carbon pricing. Doug Ford and Andrew Scheer both argue that it is an ineffective tool for reducing greenhouse gas emissions and constitutes open warfare on Canadian families and businesses. Allied with Alberta’s Jason Kenney, Saskatchewan’s Scott Moe and Manitoba’s Brian Pallister, it is clear that carbon pricing has become conservatives’ favourite policy pinata.

The strange thing is that this anti-carbon-pricing coalition goes against much of what it has long meant to be a conservative: an embrace of market mechanisms, a distrust of regulations and subsidies and a preference for low income taxes.

How would a traditional conservative address the problem of climate change? Surely not with inaction. As Preston Manning says, “conservation is central to conservatism” It isn’t conservative to ignore environmental damage, but rather to prevent it in a way that doesn’t threaten our economic prosperity. It was no fluke that Brian Mulroney won awards for being the greenest Canadian prime minister.

The case for effective climate policy is clear: Climate change poses significant costs for the Canadian economy – costs that are already being incurred and will only increase over time. And the case for action now is equally clear: Continued delay only results in the need for more and costlier action later.

Although it is true climate change is a global problem and that Canadian greenhouse gas emissions are only a small fraction of the total, this is no case for inaction. Would today’s conservative leaders use this same argument to avoid fighting international terrorism or military threats? Traditional conservatives are proud to do their part – they don’t wait for others to act.

Would traditional conservatives favour government subsidies to support clean technologies? Think again. Most conservatives can’t stand the idea of governments “picking winners” – it smacks of corporate welfare and conservatives know we have too much of that. And this approach is likely to waste taxpayers’ dollars; subsidizing electric vehicles will mostly reward wealthy drivers who would have purchased one anyway.

If doing nothing isn’t a realistic option – and conservatives dislike costly regulations and subsidies – what’s left to consider? What policy approach can be effective at reducing greenhouse gas emissions while harnessing the power of markets to generate the prosperity we all desire?

The answer is carbon pricing – the only truly market-based approach to reducing emissions. The whole logic of carbon pricing is to recognize that greenhouse gas emissions impose genuine costs that aren’t reflected in market prices. When costs and prices are unaligned, Adam Smith’s famous “invisible hand” is misled. By explicitly putting a price on carbon emissions, market prices for all goods and services will reflect the true underlying costs, and the result will be an important economic adjustment. Faced with higher prices for carbon-intensive products or processes, families and businesses will modify their production and consumption behaviour in ways that reduce total emissions.

Most importantly, carbon pricing lets each of us respond to the price as we see fit, identifying our own low-cost ways to reduce emissions. Families won’t all respond the same way and neither will businesses. Some will adjust more than others, some differently than others, some later than others. But across the economy, emissions will fall – and they will fall faster as the carbon price rises. The experiences of British Columbia, Britain and California show that, even at modest levels, carbon pricing is effective at reducing emissions.

That a carbon price grants families and businesses flexibility in how and when they respond should be a huge part of its appeal for conservatives. This flexibility makes carbon pricing the polar opposite of an intrusive “command and control” regulatory approach, which tends to force the same outcomes on everyone. This flexibility also explains why carbon pricing is seen by virtually every economist as the lowest-cost way to reduce greenhouse gas emissions.

So the truth is that conservative leaders who oppose carbon pricing are, by default, advocating the use of policies that will actually cost Canadians more. These costs may be hidden, but they will surely be higher. These leaders aren’t telling us this part of the story.

And there’s more that isn’t being said. In addition to being a low-cost approach, carbon pricing offers something else: an opportunity to change our tax system in a way that conservatives should love. Conservatives should recognize it is better to raise revenues by pricing carbon emissions, which we all agree are bad, than by taxing personal and business incomes, which we all agree are good. Using carbon-pricing revenues to finance a significant reduction in income-tax rates or perhaps to issue rebates directly to families would, therefore, achieve two desirable outcomes: reduced greenhouse gas emissions and the stronger economy that comes from lower income taxes. Just ask Gordon Campbell: The former premier did precisely this when he implemented B.C.'s carbon tax a decade ago.

There is one caveat in all of this. Any well-designed carbon price needs to pay attention to business concerns about competitiveness. Firms with high carbon emissions that actively trade in international markets are right to be concerned about a non-level playing field, especially in the face of policy inaction in the United States.

But this issue can be addressed with well-designed policy. Some part of the carbon revenues can be used to provide temporary support to these vulnerable sectors, giving them incentives to reduce emissions without reducing employment or moving production out of Canada. It is challenging to do this right, but it is certainly possible.

The bottom line is that there is a clear path forward for Canadian conservatives. They can be true to their brand by recognizing the reality of climate change, pushing for a greater reliance on carbon pricing, arguing the case for repealing high-cost regulations and subsidies and urging governments to use carbon-pricing revenues to reduce income taxes. If they do these things, they will help shape an effective and low-cost solution to climate change.

There’s an obvious irony in all of this. If carbon pricing is so clearly within the tradition of conservatism, why do today’s conservative leaders reject it so strongly? There are only two credible answers: Either they aren’t really conservatives or they don’t really believe climate change is a serious problem. 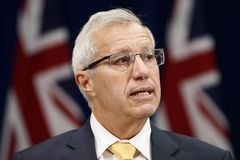 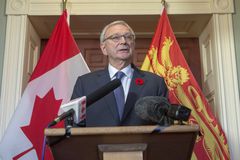